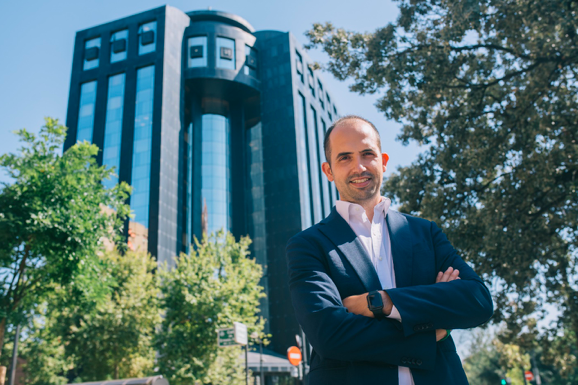 From horse carts to self-driving cars; from candlestick telephones to smartphones; from ENIAC to MacBook; from Wright Flyer to F-22 Raptor, the world has come a long way. The way things are changing is an indication that the world is under constant evolution. With time, even the mindsets of people are changing. It is the shifting of the mindsets that makes way for inventions as ‘need is the mother of all inventions.’

There is no sector of the world that has not been under an evolution. Even the healthcare sector is rushing towards advancements. The diseases that were considered fatal a few decades ago are now being treated using advanced treatments. One area of healthcare has come a long way in the practice of medical imaging. It is a process that involves creating visual representations of the body’s interior for clinical analysis and medical intervention.

The concept that came into existence in 1895 when Wilhelm Röntgen, a German physics professor, invented an x-ray. At present, the focus of many medical researchers and bioengineers such as Angel Alberich-Bayarri is on Artificial Intelligence (AI).

AI is a technology that is at the forefront of changing the world. Many activities in the world that required manual labor are now being efficiently handled by programmed machine technology. Extensive automation in the manufacturing industry, smart home systems, predictive searches, and several other conveniences are a result of AI. The researchers in this field are trying to build models that can effectively replace direct human efforts and make the systems around the world efficient.

Analyzing the scope of AI, Angel Alberich, a Spanish bioengineer, has directed almost all his researches to develop a link between medical imaging, biomarkers, and AI. After Wilhelm Rontgen’s invention of x-rays, medical imaging based on the principle of passing ionizing radiation through the body, a lot has changed.

While x-rays have their esteemed position in the industry, many other inventions now supersede it. The 1960s marked the era of ultrasounds, which are still actively used. In the 1970s, Magnetic resonance imaging (MRI), invented by Nobel Prize winners, came into the picture, which was then followed by Sir Godfrey Hounsfield’s CT scans in 1972. In this digital era, Angel Alberich is determined to bring AI into the picture as he believes that it will considerably increase the efficiency of medical imaging, offering a better chance of diagnosis for medical professionals. His research has led him to publish more than 60 articles, and he even founded Quantitative Imaging Biomarkers (QUIBIM) with Prof. Luis Martí-Bonmatí.

Angel states, “AI will change how we interact with everything, including radiology. Before the market auto-regulates, there will be a moment when investors understand the real value of a product, and investment goes down. That’s probably going to happen in the next two to three years. To quote Warren Buffet: Only when the tide goes out to do you discover who’s been swimming naked. When that happens, I’d rather have my swimming suit on.”

He is an advocate of AI and believes that it could change the face of medical imaging and radiology. He is working on tools using machine learning technology to quantify imaging data. According to him, the use of this technology will lead to improvements in image reconstruction, segmentation, detection, and data mining. Angel talks about this in the following words, “Advances in machine learning that help quantify imaging data can tremendously advance radiology.” Furthermore, his research also focuses on how AI can lead to significantly reduced acquisition times for MRIs.

Serving as the CEO of QUIBM, Angel is putting in all his efforts to take medical imaging and radiology to a high degree of accuracy. Angel says that new drugs pass through a strict evaluation process before their release in the market. Even after the drug is introduced in the market, close surveillance of safety and drug effectiveness is performed. He wishes to achieve the same for imaging biomarkers and AI. Angel states, “We have to adopt a similar structure for IB and AI; if we are structured in therapy design and development, we also should be good in detection and diagnosis. Technical sheets of any drug specify where the drugs work better, or in which population they have not been tested.”

Measurements in imaging nowadays are highly unreliable; workstations do not provide the error or variability of the numbers. As per Angel, “Radiologists cannot evaluate even the simplest measurements currently available. They don’t have a single value on ‘confidence interval.’ He is working to address these issues with his research.

Angel Alberich-Bayarri is a Spanish bioengineer and researcher born in Benicarló on February 9, 1984. He graduated as a telecommunications engineer from the Polytechnics University of Valencia in 2007, and he completed his Ph.D. in Biomedical Engineering in 2010 from the same university. His focus of the research was medical imaging from the start, and he then stepped into the world of artificial intelligence (AI). Angel has published more than 60 articles in well-reputed journals and wrote more than 20 book chapters in the field of radiology, biomedical engineering and data science.

Angel Alberich’s research in the field is praiseworthy and has caught the attention of several notable medical professionals. It is due to his research that he was awarded the Pro-Academia Prize in the category of “Exemplary group in science and academic life,” in 2013. In addition to this, Angel was listed as MIT Innovators Under 35 in 2015. All his work has laid the groundwork for future research in medical imaging, which has been under evolution ever since its concept came into the medical industry.

A Global AR Platform to Launch in the USA

What Are the Advantages of Live Streaming on YouTube Live? — Top Reasons Why Every Content Creator Should Go Live