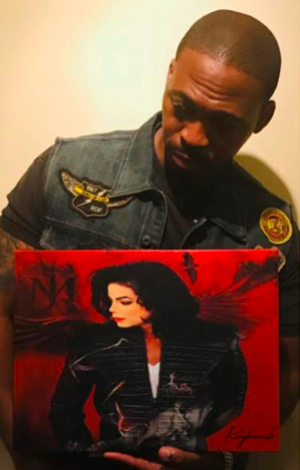 Dance is one of the most powerful forms of expression. From head to toe, every part of the body helps a person express their emotions; no strings attached. Dance, in its purest form, is beautiful, and dancers are sometimes referred to as the ‘athletes of God.’ From ballet, tap dancing, and contemporary to jazz, lyrical, and hip-hop, it is a form of art with a wide horizon.

Out of these, hip-hop is one that originated from the streets of New York and has now taken over the world. Edgy, intense, and raw, this dance form is not about following a predefined choreography, but has influences of original street dance, freestyle.

A hip-hop enthusiast born out of ‘neighborhood battle dancing,’ Kenny Kenglomerate serves as one of the elite-class dancers today. He is part of T.C.F, an acronym for ‘The Chosen Few.’ Kenny and his partner, Shawn Juan the Don, are often compared to the famous dance duo the Nicholas Brothers.

Kenny is the owner of a diverse portfolio. While he is a top-of-the-line hip-hop dancer who draws inspiration from

Michael Jackson he is also a visual artist. His visual art pieces, inspired by Salvador Dali’s surrealism style, and Jean Michael Basquiat’s mixture of graffiti and pop art, helped him develop a unique identity, but this does not outshine his reputation as T.C.F’s hip-hop dancer.

Even when the world talks and praises self-made people, the one who started from scratch without the help of others, there is always someone who inspires them. People dream and live with passions, but there is always that ‘one’ thing that helps them establish a goal in life and even lays the ground for one’s dreams.

One can draw inspiration from a variety of different sources. It can be a family member, a friend, or even a famous personality. Even someone’s work and efforts can inspire one to set their goals in life. Kenny Kenglomerate, who is known for the T.C.F dancing duo and his art, drew his inspiration from Michael Jackson and James Brown, a legend of 20th-century dance.

Just like all other people in this world, Kenny, a New Yorker, born in Brooklyn on July 21, 1972, grew up with a dream. Living in the golden era of Michael Jackson, the youngster developed a passion for dancing. The innovative song structure, dance style, and stage presence inspired Kenny and helped him connect with him on a higher level.

He started as a battle dancer in his neighborhood. Even though, as a young and aspiring dancer, he fell in deep admiration for a variety of different dance forms, but it was hip-hop, which he felt connected to the most. To fulfill his dream, Kenny became a part of T.C.F when he was ten years old. There he teamed up with his partner, Shawn Juan. The hip-hop dancing duo’s performance was, on several media platforms, compared to that of the Nicholas Brothers. T.C.F’s choreography amazed many crowds with their synchronize acrobatic routines.

Kenny stated, “My dance partner, Shawn Juan the Don and I were fascinated by the dance duos showmanship; therefore, we brought the same energy mixed with our style to the Hip Hop industry.” Kenny’s dance form, which has been termed as Nu Style (pronounced New Style) in the book, “Beginning Hip-Hop Dance” by Durden, E. Moncell, combines Michael Jackson’s hip-hop freestyle with the synchronization of the Nicholas Brothers.

Kenny also danced for Big Daddy Kane for a short period and even was part of the tour with Public Enemy, Ice T, N.W.A., EPMD, and plenty of other music and dance ground. From dancing for Kool G Rap, the T.C.F. crew was signed as a co-ed R&B group with Cold Chillin’ Records. Birthname Kenneth Nealy, the 48-year-old Kenny, has danced for Kool G Rap, one of the most influential rappers in the industry. Today, he is part of the Juice Crew alongside several Hip-Hop pioneers.

He is working hard to establish a diverse portfolio as he is not just a professional hip-hop dancer but also a visual artist and clothing designer. He has established a popular identity in the world of hip-hop dancing and visual arts, but this is not it. He spent a lot of time around two well-known rappers. Mr. Cheeks of the Lost Boyz and Fredro Starr of Onyx. They all went to John Adams high school. The rap-enthusiasts helped the teenager develop a deep admiration for this music style, which is why he began to explore the opportunities as a rapper. Adding to his love for rap music were Run D.M.C., L.L. Cool J, Pharoahe Monch, Tribe Called Quest, and 50 Cent, who lived in the same neighborhood as Kenny.

Becoming a top hip-hop dancer was his passion, which he turned into a profession believing in an ideology which he learned from Michael Jackson that ‘creativity is infinite and confidence is a must.’ Kenny Kenglomerate’s elite dancing skills and ability to channel his inspiration the right way helped him become one of the pioneers of classic dance styles today.

How Do People Who Are Sorted Perceive Life’s Problem With: Swapnil Devre