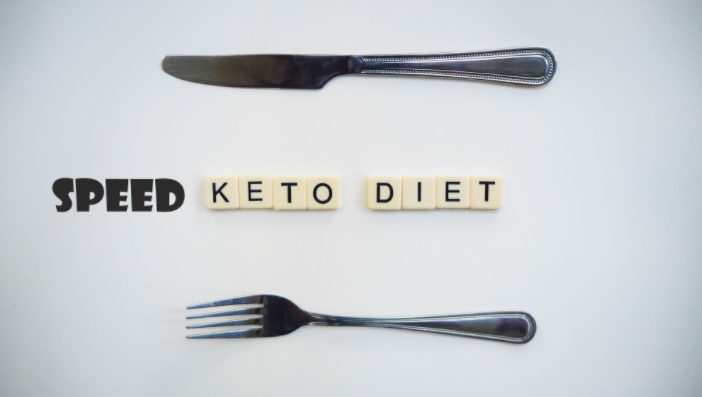 The world is in the middle of a craze over the wildly popular keto diet. With the keto diet, you’re severely limiting the carbohydrates your body mainly uses for fuel. Most of the time, when a diet is endorsed by celebrities, then that spells the death of a diet. However, even healthcare professionals all over the world believe the keto diet isn’t just a trend.

Once you begin the keto diet, it can take your body several days or even weeks for it to change its main source of fuel. You may undergo what is commonly known as the “keto flu” while your body is transitioning to a new fuel source. Once the fatigue of the keto flu passes, then you’re onto greener pastures with more energy, focus, and sustained weight loss.

The best part about the keto diet is there are many different reasons for people to try it. Some use it to reduce the risk of diabetes and seizures. Others use it to reduce inflammation and increase their energy. That’s because when a person eats a normal diet, the body turns the food into glucose that the body uses as energy. The brain uses glucose as a source of energy. However, when people follow the keto diet, the energy needs to come from a different source: fat. The body then switches from using glucose for energy to ketones that come from the liver after processing through the liver.

Keto alone is already an effective diet but what about intermittent fasting?

What Is Intermittent Fasting?

When you’re hungry your first instinct is to eat. Many people believe the human body should always be full of fuel. However, many historians believe intermittent fasting has been natural for humans since the dawn of mankind. The original humans were hunter-gatherers who didn’t have means of storing food and didn’t wake up every morning to a hearty breakfast of eggs and sausage. They ate as soon as they found the food to eat. They would often go up to sixteen hours a day without food. Since humans no longer spent hours a day hunting and gathering, people began moving onto the three meal a day plan.

However, many believe ancient humans had the right idea as consuming calories at certain times of the day can have many positive health benefits. The easiest intermittent fasting method is the 16:8 method because a person would go 16 hours without consuming calories. 8 hours of that time is spent asleep so it’s not as tedious to adapt to.

What Is Speed Keto?

Dr. Harlan Kilstein received his doctorate in education from Yeshiva University. He received a fellowship to study at the prestigious Harvard Graduate School of Education. So it should be no surprise that Dr. Kilstein is able to communicate and teach so many people to make lifestyle changes. Speed Keto follows the high fat, low carb diet but along the lifestyle guidelines of intermittent fasting. Although Dr. Kilstein does not have a background in the field of medicine, his speed keto idea looks to have some bearing. Below you can see how the Speed Keto diet worked for him.

Rather than being a quick fix, Jason Fung MD, the author of “The Obesity Code” and “The Diabetes Code” is recommending longterm intermittent fasting for improved health.

There are members of Speed Keto who have been following the plan -with their doctors’ blessings- for more than two years. After speaking with these members you will hear to stay on speed keto for life. On any given day in the members-only Speed Keto Support Group on Facebook thousands of members share their long term success.

Separately, keto and intermittent fasting have their health benefits. Combining the two only sounds like a great idea on paper. However, just like any diet or lifestyle changes, there are going to be some pros and cons. Do keep in mind that everyone’s body is different. Everyone handles changes to their bodies differently. It’s only human nature to have a few side effects whenever changing to a new way of life.

Since speed keto is a relatively new idea, then it’s going to take some time before the medical community backs the speed keto idea as they’ve done with normal keto and intermittent fasting.

However, testimonials from those who have tried it have shown success in the idea.

You have to keep in mind, as mentioned before, that everyone’s body is different. Everyone comes from different genetic and cultural traits and backgrounds. Everyone has different body sizes, shapes, and bone structures. What works for one person might not work for the other.

Keto, intermittent fasting, and speed keto are no exception to this rule. One friend may do one or the other and lose twenty pounds right away but another friend who follows the same regimen might find no success doing the same thing. It’s important when developing a diet plan for your body that what is effective for one person might not be effective for you. It’s important to take different factors such as body mass index and underlying health issues into consideration when trying a new diet.

Should I Do Speed Keto?

Like any diet or lifestyle change, there’s going to be an adjustment period. You’re going to feel some side effects from fatigue to dizziness that may make you feel uncomfortable to the point where you want to reach for a piece of bread just for that rush of glucose. The keto diet and intermittent fasting alone are difficult to sustain for those who cannot handle the body changing its source of fuel.

It’s important when starting a new diet or lifestyle change that you review your health with your doctor or other healthcare professional first. Consulting with a nutritionist or someone familiar with keto and intermittent fasting’s effect on the body may also be a good idea.

However, speed keto does look to be promising and if it’s something that works for you, then you’ll be well on your way to a healthier and happier life!

How Courtney Yeager Is Revolutionizing The Fitness World With The Tox