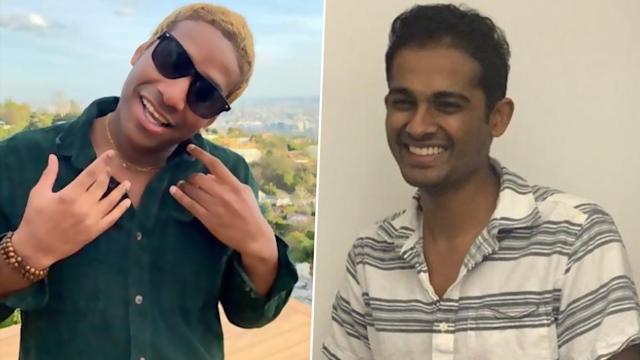 Trailer Time is the new show intent on centering trailers as well as diversity. For as long as he can remember, Trailer Time co-host Mohit Dangeti has felt a strong affinity for and connection to trailers; Dangeti fondly recalls arriving at every movie, throughout his childhood, early in order to see the “best part” — the trailers.

According to Mohit, he still gets “goosebumps watching amazing trailers even years after they come out.”

In late 2018, Mohit realized that of all the film and television commentary media outlets, none focused on trailers and most of them barely even mentioned trailers. After realizing that his childhood love met a market deficiency and with a desire to restore trailers to their rightful place, as something to look forward to and not merely an afterthought, Mohit teamed up with his close college friend Jamell Sirleaf. With this simple, but profound connection over a love of trailers as well as of film and television in general, Trailer Time was born.

Trailer Time releases videos daily on their Instagram and Facebook accounts, posting the newest trailers as soon as they are released as well as posting commentary shows where Dangeti and Sirleaf discuss all the most relevant and interesting trailer related news. The commentary show consists of a perfect melange of allowing a trailer to speak for itself, witty repartee between the hosts, and meaningful discussions about the newest trailers and the industry at large.

While the focus of Trailer Time is on the trailers themselves, Mohit and Jamell are large proponents of diversifying both the film and television commentary space as well as Hollywood in general.

As Indian and African men, Mohit and Jamell’s voices and perspectives are much needed in this moment. The Trailer Time co-hosts are proud to be a part of a young cohort of people of color pushing back against the years of eurocentric and white American centered narratives pushed by Hollywood.

This shift in representation towards more diversity is not only long overdue from a moral standpoint, it is long overdue from a product and content standpoint as well. Consumers have been growing sick and tired of Hollywood and its oversaturation with out-of-touch, mostly white, industry writers — and they are finally at their breaking point.

Beyond successfully identifying an underserved niche, honoring their audience with a hyper-specific modus operandi, and innovating the commentary space with a new style of content, Mohit and Jamell are also connecting with consumers simply by being themselves — talented people of color doing what they love.

Further, Mohit and Jamell do not shy away from speaking towards the interests and concerns of their communities nor do they shy away from conversations around the diversification of the film and television commentary space as well as of Hollywood in general. While Trailer Time focuses on trailers, the co-hosts hope the outlet will mature into a much-needed platform for voices of communities of color.

Mohit and Jamell believe that, far too often, people of color do not see themselves represented in the film and television they love; unfortunately, people of color rarely see themselves represented in the public commentary and zeitgeist surrounding these films and shows as well. Trailer Time’s very existence is meant to push back against this norm and open up space for more people of color to get into the commentary space. The college friends hope their content inspires other minorities to start their own trailer related as well as other types of TV and film content.

Mohit notes how the lack of representation in movies always seemed strange to him even at a young age. Growing up watching Bollywood as well as Hollywood cinema with his father, Mohit could not help, but notice the differences in representation. This formative experience still influences Dangeti to this day.

Mohit states, “Bollywood is so huge, but representation in American television and film is so small. That needs to change. I want it to change.”

Trailer Time’s unique position sitting at the intersection of breaking trailers and honest video reviews is proving to be a long-term success as streaming companies continue to invest more money into their platforms and content, including trailers. These two young media upstarts are truly providing a fresh approach as well as perspective to the Hollywood commentary space with their emphasis on trailers as well as with their ability to oscillate between hilarious inside jokes and compelling commentary on race representation in America.

Meet Shamaar Bennett, aka 1takee, taking over the world of music in America as a true blue artist