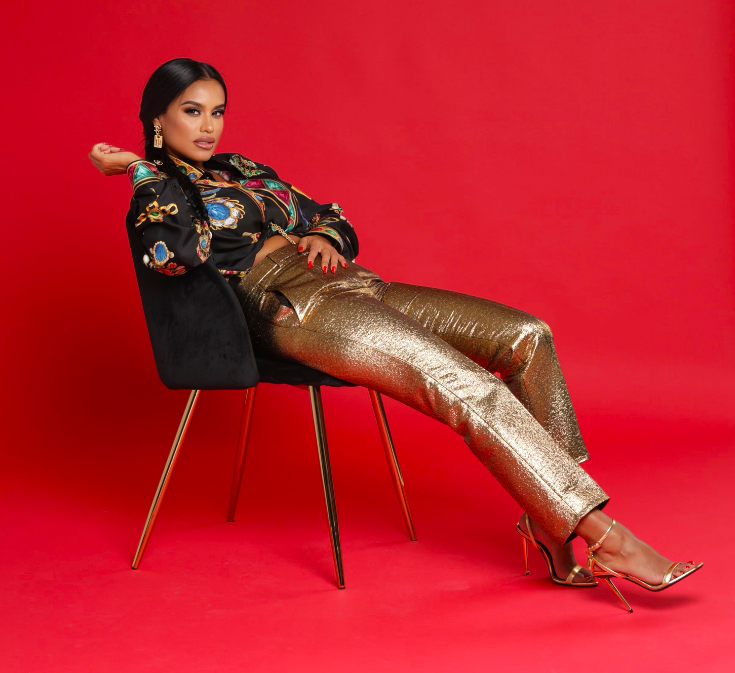 Just a little over a decade ago, amidst sitting in finance classes in college and listening to her professor talk about the complex steps of building a business, Aviles decided she wanted to come up with a way to establish her own financial freedom. She was working in real estate at the time.

As she brainstormed, she imagined the business opportunity of a nail salon that was unlike anything anyone had ever experienced before. She integrated two popular scenes into an odd, but intriguing twist on the beauty industry: a nail spa and a lounge. As far as location went, due to her background knowledge in real estate, Aviles was aware Washington Heights was in dire need of a high quality nail salon. Once she understood that the endeavor was more of a necessity than a desire, she decided to make the jump.

It took the Brooklyn businesswoman five months to hire contractors, find the perfect location, and transform her vision into a reality. Due to the unique nature of the salon and it’s guarantee of a one-of-a-kind experience, Aviles was highly confident that her new endeavor would be a success. Once Nail Lounge opened its doors in 2010, it was a remarkably instant hit.

“You know, it’s funny… Most people, including my college finance professor, told me that building my own business would take lots of time and patience in order to get good results. But, because I did my research and I knew there was a void for something like it in the community, the salon was booming from day one,” Aviles says.

Just five years after opening Nail Lounge, Qiana’s mother decided to take advantage of the customers coming into her daughter’s salon and attempted to create her own entrepreneurial journey. Aviles tells us that, like a true latina mother, her mom had always resorted to natural remedies and at-home solutions instead of spending money on over-the-counter products at the drugstore. Her idea was to curate hair products that were completely plant-based, aimed to help boost hair growth and repair damage. She called it Vida Essentials.

The products were sold in plastic wonton soup jars at first; everything from shampoo and conditioner to hair masks and tonics. Slowly, Qiana began to witness more and more customers coming into the salon specifically for the formula her mother had mastered in her kitchen. “My business mindset saw the opportunity to scale the business, so I had my assistant create a website for my mom and had her upload all the Vida products,” Qiana shares.

The website made its debut in 2017. Before they knew it, orders began pouring in. Since then, products have only risen in demand. The business recently opened brand new offices alongside a warehouse for manufacturing their online orders.

And that’s not all Aviles has up her sleeve.

“I came out with my own nail polish line a few years ago called Q&A Lux Lacquer. I only released eight shades and ordered 2,500 pieces of each color. I never, ever expected it to go so quickly. We sold out in a little over two weeks,” Qiana comments.

The Latina says she’s been fortunate with all her entrepreneurial endeavors, and owes part of her success to her father’s business mindset. “He was the one that taught me the value of the dollar and inspired me to pursue finance,” she shares.

In terms of family, Qiana had a great one: filled with love, support, and kindness. But due to the difficult circumstances around which she grew up, her family also had a history of crime. In fact, when she was 18-years-old, Qiana and her mother were arrested in the state of New Jersey due to a family-related case. At the time, Qiana was obliged to withdraw from her college studies and didn’t know if she would ever be able to return to complete her program. Thankfully, she was given another opportunity at life and eventually managed to earn her degree after her release.

15 years later, she looks back, lets out a big sigh, and recalls those heavy times as “a lifetime ago”. Qiana claims she was blessed to escape the harsh situations that were heavily prominent in the neighborhood she grew up in, but explains that there are many people who may never get the same opportunities she did. She was one of the lucky ones. As a result, amongst the many ways she gives back to her community, Qiana hopes to begin shaping an influence in prison reform within the years to come.

“Nail Lounge currently provides services for non-profit organizations, local hospitals, domestic violence survivors, and much more. Nothing brings me greater joy than giving back.” she says. “But, my next passion is diving into prison reform and seeing what I can do to help women who stood where I did fifteen years ago. I feel like it’s my obligation to give them a second chance, since God gave me one.”

Follow the rest of Qiana’s journey on her social media. Shop Vida Essentials on vidahairgrowth.com. If you’re local to NYC, book your nail appointment and shop Q&A Lux Lacquer on nailloungeny.com.