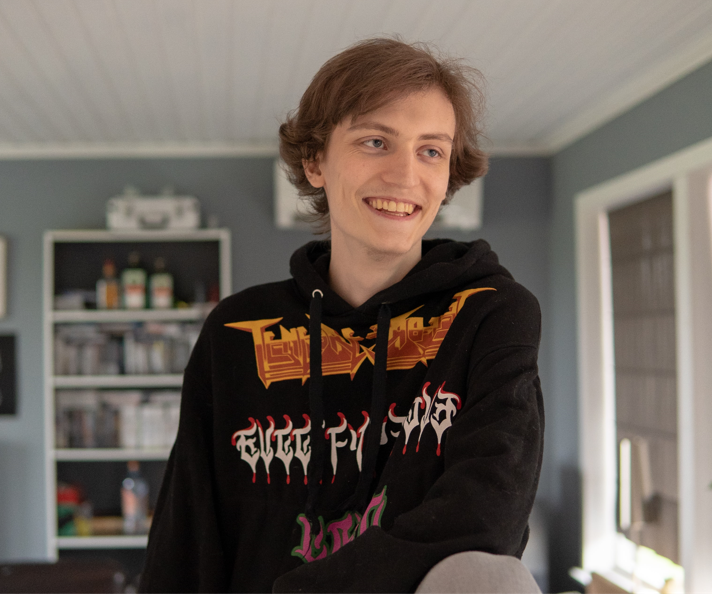 What’s the secret to having clients beg to work with you at virtually any cost? E-sports video producer Adrian FalkorBørresen knows perfectly: consistency and reliability.

Most of us are familiar with at least a few YouTube celebrities. We see their faces and know their voices, and we might even have a sense of their personal styles. But developing a video style in the first place requires a lot of behind-the-scenes work, and that’s where Adrian comes in as a do-it-all package that’s significantly upped the game of everyone he’s worked with.

This fame has allowed him to only consider clients who are already at the top of the totem pole, most of whom have now moved from gaming content to larger-scale productions like comedy skits, vlogs, and tournaments.

This is all fine by him, as he’s also now aiming to work with clients who cater to more mature audiences as he looks to expand his own repertoire. “I would love to work more with mainstream media, more specifically music artists,” he says. He considers musicians an especially interesting group in which to help creators match their multimedia productions to their visions.

One of the best self-taught producers in the industry, Adrian does it all himself, and that’s the way he likes it. From creative branding to single-handedly producing graphics, video, and audio, he’s protective of his creative vision and, at least so far, has yet to bring anyone else onto his team. This might change, however, as he’s considering bringing on “someone I can train and mentor to help take some of the workload for bigger productions.”

It hasn’t happened yet.

He’s achieved his fame from editing and creating post-production videos of YouTubers in the gaming and esports industries, though he’s branching out in terms of the content he produces as his clients do the same. But for now, he’s still a one-man show.

As talented and professional as Adrian is, what’s now his livelihood started off as a hobby. He got into the field by editing games to simply “make them look cool.”

He’s always had an interest in visual media. Growing up, he’d pay special attention to the way things were framed and tied together, taking note of everything from the soundtrack to the overall composition. While he has great admiration for the film and TV industries, he’s excited about giving some of those same techniques a modern twist.

And that is largely precisely what he’s done. Professionally, he started off helping some Twitch users edit videos, then moved on to smaller YouTubers. Now, he works with some of the most popular users currently on the platform.

Adrian has never advertised or had a marketing strategy in place. He simply kept showing up, being reliable, and doing a fantastic job on every project he worked on.

For him, consistently excellent work did the marketing for him, and his clients have come almost exclusively from word-of-mouth recommendations from others. Knowing that he’s one of the top producers in the industry, he has no plans to disappoint.

While his rise hasn’t necessarily been astronomical, the hard work he put in paired with not letting go of his vision to “entertain millions” has taken him to the top. Motivated by that and his own perfectionism that pushes him to always go above and beyond, he’s hoping to crush his own goals, and help others to do the same.

The Peace Institute and the Inspiring Change It Has Brought

Dave Fein: The Therapist and Stand-Up Comedian Saving the Pandemic One TikTok at a Time