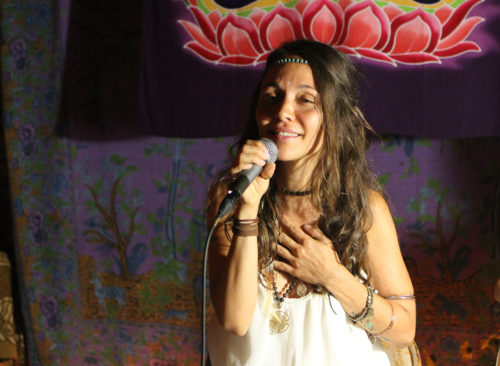 Riya Sokol, the multi-talented artist has expressed the need to address the chronic stress that everyone experiences in one’s life.

In order to spread awareness about dealing with stress and anxiety, Riya Sokol started offering people the required tools to deal with stress in a convenient manner. Riya Sokol is a singer, artist, global music award winner, activist, integrated guide, who is helping people understand themselves and live with integrity. In addition to this, her albums lay emphasis on using the mind in the right way and balancing the overall life.

She recently released her new music album “Thank You” with mantras which are helping people heal their nervous system to live peacefully. All the songs contained in the album have been written in order to create repeated vibrations and give spiritual experience to listeners. The album isn’t necessarily for spiritual people, you can play it as a background music. But if you want to meditate and the silence is too irritating for you- these songs will help you to relax your mind.

Riya Sokol herself suffered from mental disorders such as stress, anxiety, as well as cancer in her past. In order to find the cause of her unhappiness, Riya started singing, offering lectures, as well as workshops and it became her passion to spread the awareness about mental issues among people. Through her latest album, she is appealing to everyone to heal themselves and repair their nervous system.

Another powerful thing is the evolutionary training created by her Partner James Stevenson, called Awaken as Love. In this one, they both offer people the important tools to help them explore their patterns, deal with processes, and live a conscious life. According to Riya, stress and chronic anxiety has become the biggest disease of the 21st century and that she herself faced a tough time dealing with it as well as panic attacks. Living life consciously helped her and many people who completed the training cope with these struggles and seeing life from a bigger picture.

Whether it’s her concerts or the Awaken as Love trainings, you can meet Riya in many countries of the  world including: Portugal, Holland, Sweden, Bali, India, Costa Rica and USA.