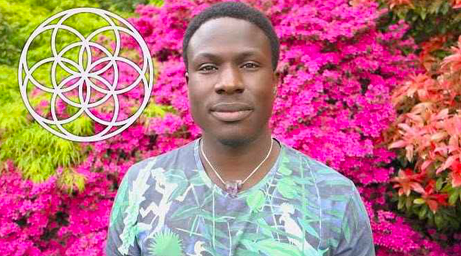 Ralph Okrafo-Smart is among the leading Vloggers and influencers who was born and raised in London, Britain, on March 3rd, 1986. His parents, however, are from West Africa, Sierra Leone. Smart found it hard to believe in God’s existence despite being brought up by a religious family. He says that God is a formless being which can transform into any form. Due to this belief, he ventured into seeking answers after completing his studies from the University of Westminster where he graduated with a combined degree in Psychology and Criminology.

After college, he practiced counseling for a few years before being hospitalized for about a month due to ill health. That episode in his life caused him to be reborn and make him realize he should dedicate his life to helping others.

Ralph researched various phenomena when traveling around the world such as health, astrology, nutrition, yoga, healing sexuality among other areas. He eventually started his own YouTube Channel: Infinite Waters with the help of the knowledge he amassed. He currently has more than 1.6 million subscribers on his Channel who listen to, cherish and practice his teachings.

Ralph has traveled to five continents and has involved himself in helping people achieve their potential by becoming better versions of themselves through various books that he has written and videos he has has posted.

Ralph has also written several books including, Tryathon: the love of a galaxy (sci-fi novel focusing on the future, the technological age where people use technology to fight wars), Feel Alive (self-help book to assist others to be a better version of themselves), and The Book of Infinite Quotes (quote book).

Ralph has worked in a school with people with autism, bipolar disorder, and ADHD. He also worked in a warehouse, retail, and hospital.

How he grew his social channels

After learning different life lessons and widening his outlook on life through five continents he has traveled to, he started making videos and uploading them on YouTube in the early 2000s. He continued conducting his research and including his knowledge as a psychologist in his videos. He took and produced these videos on his own. His parents, however, reacted strongly about his new life as a You Tuber after he had produced his first several videos on mental health, spiritual health, and meditation.

After patience and consistency in producing his informative videos, he started attracting an audience which has now grown into the millions.

Ralph encourages others not to give up on their dreams. He further says that consistency is very important and that one must do what they love. As Ralph is known to say “The universe reveals its secrets to those who dare to follow their hearts.”