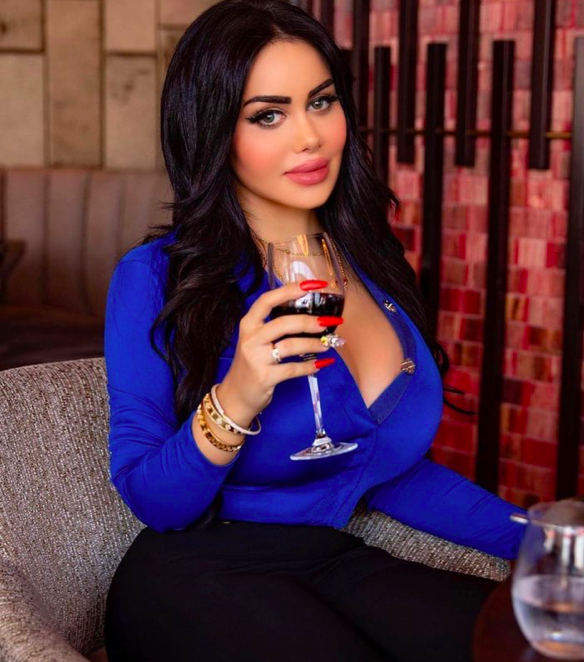 As a glamour model who is quickly rising to stardom, Santa possesses many refreshing traits and characteristics that are captivating the world

Every so often, a special talent emerges from a crowd that seems to have a certain “wow factor.” In the glamour modeling and fashion industry, Meli Santa is quickly gaining notoriety as that special talent. Meli has utilized her strong social media platforms to quickly grow her name and brand to the top-tier level she finds herself at today. Nowadays, social media is flooded with aspiring influencers and models that hope to one day catch the attention of a major brand, agency, or celebrity; however, Meli has managed to accumulate hundreds of thousands of followers all on her own. It seems that those who come across Meli’s photos can’t help but to be captivated by her beautiful long hair, incredible physique, and stunning face filled with many distinct features. Meli’s traits haven’t just captured the attention of fans and social media users that stumble across her page. She often gets hundreds of requests from a variety of brands looking to partner with her as well as renowned photographers hoping to shoot with her. The most interesting thing about Meli is that she’s only been modeling for a relatively short time, although one would never know that based on the way she works the camera.

Meli Santa is originally from Tehran, Iran. Although she has since relocated to the incredibly advanced city of Dubai, her distinct Middle Eastern features remain present. If you are familiar with Meli Santa, odds are you have noticed her physical beauty and her great taste in clothing; however, what you probably didn’t know is that Santa has quite the business background. She handles the majority of the backend work for her business, and entrepreneurship is something she’s extremely passionate about. She prides herself in her ability to walk into a room not only as a skilled glamour model, but as a businesswoman who can negotiate her owns deals without the help of anyone else. Meli mentioned that she has always had a natural talent for marketing, and with a fanbase of nearly 500,000 followers on Instagram, it definitely shows. Meli plans to continue scaling her business in 2021, and she has significant plans to expand her modeling opportunities across the globe.

Santa’s modeling career began just 5 years ago when she quickly grew in popularity as a cosplay model. Although she has completely changed her modeling niche from cosplay to glamour, she still has many of the same loyal fans that began with her on her social media career. Meli was a cosplay sensation, but after a few years of the same thing, she began to feel her interests shift. Meli became interested in the world of fashion, and she can often be seen in high-end clothing and swimwear. She can also be spotted sporting desirable accessories such as designer purses and fine jewelry. Her style is truly one of a kind, and many people have fallen in love with her charming, sweet personality. She is known by many of her fans and peers as a very kind, genuine individual who always gives her full time and attention to whoever she is speaking with. All of these characteristics combined have made her a hot commodity among popular brands and elite photographers. Meli shared with us that although she gets many brand deal offers and opportunities to work with other top-tier talent, she only works with brands and people that fit her goals and overall vision.

As an entrepreneur and model, Meli can work from essentially anywhere in the world. Although things are a little different as of right now, one of her greatest passions is exploring the many different countries of the world. Not only do photo shoots in different countries and settings benefit her as a model, but she can network with all different types of people from different cultures while doing so. As long as she has her phone and laptop, she can work anywhere, whether it’s from the beach or her office.

Santa is also heavily involved in a variety of charities, foundations, and organizations to help children, animals, and people in need all around the world. Most recently, Santa has created fundraisers for organizations such as the CDC Foundation to help fight Covid-19, both in the Middle East and across the globe. She is also an active supporter in the fight against diseases such as breast cancer, Alzheimer’s disease, and many others. She hopes to leave a legacy behind of someone who made the world a better place. “My goal in life is to help and inspire as many people as I possibly can. Helping others is what brings me the most joy,” Meli stated.

Meli Santa is an individual who aspiring models and entrepreneurs can strive to emulate. She is an exemplary role model to women across the globe, a strategic businesswoman, and an electrifying model who continues to set trends in whatever area of modeling she enters. We would like to congratulate Meli on all of her success thus far, and we can’t wait to see what she has in store for the future. She is definitely an entrepreneur to look out for in 2021.

To keep up with Meli Santa and her latest ventures, we recommend following her on Instagram and visiting her Website.

Want to discover your wine palate? Join the club

How to make treadmill running less boring (tips and tricks)