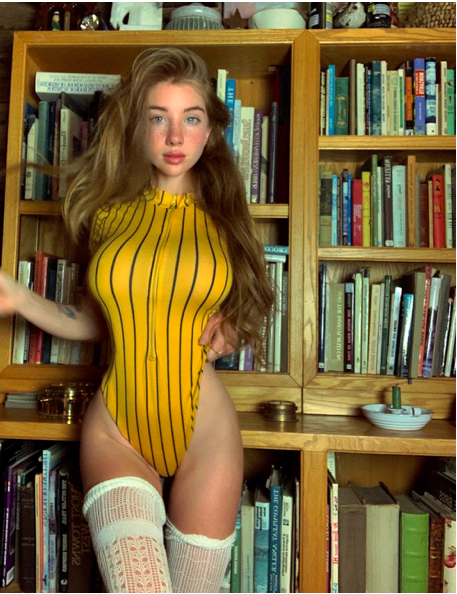 When it comes to creating art and getting noticed for your work, it can often times be quite difficult to differentiate yourself in the creative marketplace. While all art is meaningful and special in its own way, the saturated field of poets, painters, photographers, and everything in between can make it an extremely challenging career path. One artist known as Coconut Kitty, however, managed to make a name for herself in more ways than one.

Coconut Kitty is a self-made artist and entrepreneur who was born and raised in California. She’s best known for her naive style art and unique writing style, but she has also done brand work for multiple well-known clothing companies. She began her creative journey 12 years ago when she first started painting as well as writing poetry. Coconut Kitty held her first art show in 2013 and since then has amassed more than 200 paintings and poems, which she has compiled into a highly anticipated coffee table book set to release in the first few months of 2021.

Coconut Kitty’s content, specifically her artistic and colorful modeling photos, helped her to quickly build a substantial amount of interest across her social media platforms. Since she began sharing her work on Instagram and other outlets, she has accumulated approximately 2 million followers on Instagram alone, and 3 million followers or subscribers collectively across her various social media pages. She has also been able to turn her social media into a profitable business by creating an OnlyFans account, which gives models and influencers the opportunity to earn an income through subscription-based content. While OnlyFans consists of photo and video content, it gives users much more freedom to post content that typically would not meet the stricter guidelines of platforms such as Instagram. Despite having such a massive following, Coconut Kitty makes a dedicated effort to remain interactive with her fans online. She often shares a lot about her spiritual journey when speaking with her fans, especially how her inward journey has taken her further than her outward journey.

Today, Coconut Kitty is the CEO of Coconut Kitty Corp, which encompasses her OnlyFans account of more than 7,000 paying subscribers. This business, along with her staggering 3 million followers across her social platforms, is her greatest accomplishment to date. She mentioned that she remains motivated to continue growing and achieving these impressive milestones by comparing herself only to her own progress. While subscription-based modeling sites may be controversial to some, Coconut Kitty made the decision to enter this industry because she believes it’s most important to do what you love and turn that into a revenue-earning business than to do what is conventional with no passion. She has always believed from the very beginning that if she just had fun and expressed herself through her art, the universe would find a way to make it profitable- and that it did.

Coconut Kitty believes that possessing a strong mindset is of crucial importance when starting your own business. She often emphasizes that you must have a clear vision of what you want before you set off on your journey, but it’s important to let go of any expectations of how you’ll get there. She is also a strong believer in manifestation and directing your energy only in the direction of the ideas you want to grow. This powerful and motivating energy is how Coconut Kitty has managed to reach the successful position she finds herself at today. She hopes that she will be remembered for her entrepreneurial and artistic abilities, and we have no doubt that she will leave a lasting legacy for the future generations of aspiring artists and entrepreneurs. Coconut Kitty also strives to be known for inspiring others, sharing wisdom, and being a role model who lives her life according to her own beliefs.

We would like to congratulate Coconut Kitty on all of her amazing achievements thus far, and we wish her the best in her future endeavors. We highly encourage readers to keep up with the creative star on her Instagram.