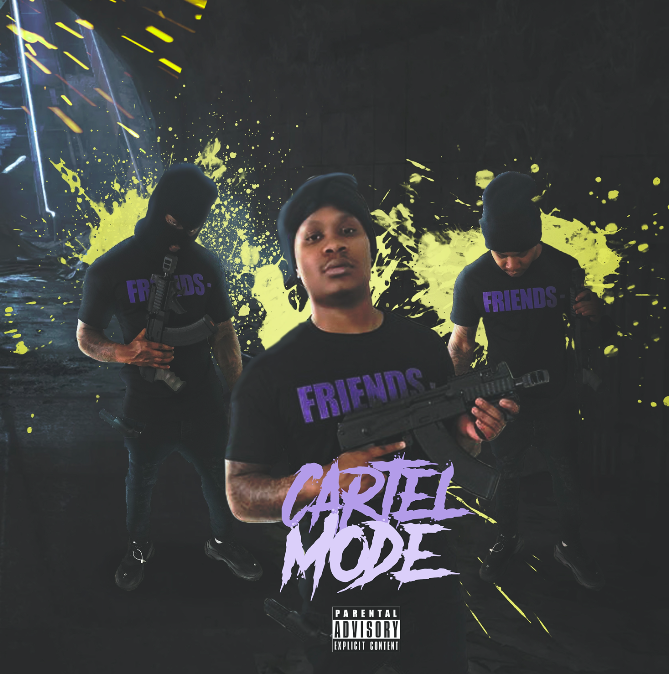 Marcoof500 has come up with a new single, “Cartel Mode” which is a package of fast beats and an aggressive barrage of bars & lyrics. The song gives off the imagery of a cartel member and its exploding bass can make anyone go crazy instantly.

The rapper and CEO Marcoof500 has confidently practiced his art-form for many years. Since his popularity after the success of his 2018’s album, “The Travels of Marco”, he has risen to the top without slowing down. The artist has got both musical talent and entrepreneurial ability.

Marcoof500 takes inspiration from Lil JoJo, Tay Sav, and PBG. Moreover, he owns a record label, “500entertainmentllc” which has helped him rise enormously. The rapper has traveled to Japan, California, and Hawaii for stage performances. Owing to this, Marcoof500 enjoys a boom in his following and he has tens of thousands of listeners.

In the new song, “Cartel Mode”, the rapper has connected with listeners at personal levels with his exceptional writing and performance. The single reflects his ability to mix different musical elements such as heavy beats, retro synths, and basslines in a balanced manner. In “Cartel Mode”, he has crossed the limits of excellence in hip-hop and rap.

Marcoof500 has combined his creative freedom and impressive diligence to rise above all struggles in his life. He also owns a clothing brand ‘500 Cartel’ and his own studio to give a message of success & hard work to his fans.

In the new song, “Cartel Mode”, Marcoof500 has filled an insane amount of energy. It can make anyone cross the limits of craziness in anything he does as soon as he listens to this single. Listeners could speed on the highway, fight with someone, or bop their head while listening to the bass in the song.

McDonalds to Millions: SBCollector Is Becoming a Kingpin in the Music Industry