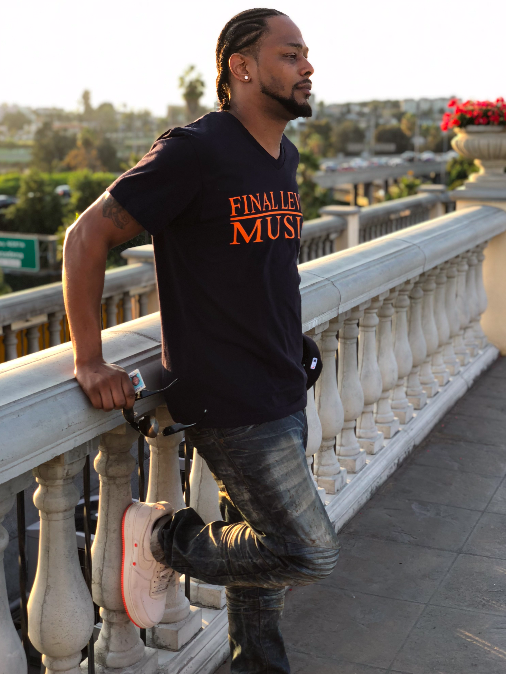 The Music Industry today is filled with all sorts of prospects ranging from multiple backgrounds. Some being from affluent neighborhoods, and some coming from the less fortunate areas. M Dot Taylor uses his upbringing plus his military background as a pillar for his music journey.

M Dot Taylor is from Detroit and started writing when he was only 10 years old. He often used writing to express himself during his hardest life experiences. By the time the young prodigy turned 12 years old, he lost his mother which was a strong foundation in his life. This caused him to begin to write more and fueled the young artist until he started recording his raps into his mic. Later on losing his two closest cousins, his father, and then his brother to incarceration, it was no secret M Dot Taylor needed music as his outlet.

While most aspiring rappers would take this tragedy and quit, M Dot Taylor used them to his advantage as something to work for. He remembers the upbringing his mother gave him in music which pushes him to get to the next level. Already releasing two singles on all platforms, the rapper has already amassed thirty thousand streams. On top of this, the Detroit native actively takes part in the local music scene and reaches out to work with producers, graphic designers, and other artists.

After any tragedy, it’s more than acceptable for an artist to quit. M Dot Taylor on the other hand has been an example for most rappers as he shows resilience by continuing to invest quality into his craft.

You can keep up with M Dot Taylor’s Journey here: https://www.instagram.com/mdottaylor/

You can listen to his music on Spotify here: https://open.spotify.com/artist/1wHqVn5yltRsHqJtvDT5jU?si=PlNyF0b1T6udYyIGZa_hQA

How New York Based Actor Mike Yang Got Into NYU Tisch