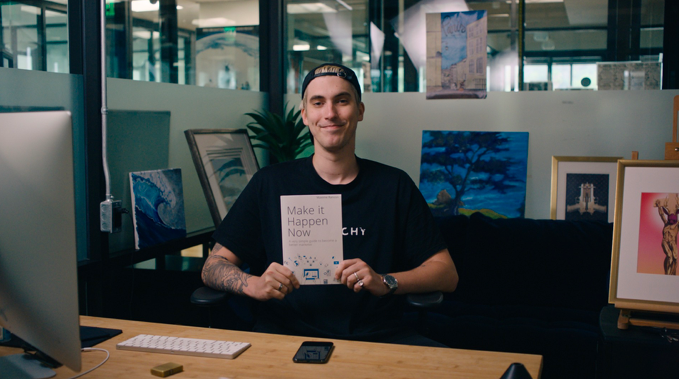 Marketing has a great scope in today’s world and understanding it has become vital for most of us to adapt and stay relevant in 2020. But being a successful marketer takes a lot of persistence. In fact, it requires very hard work and creativity to bring something to market that consumers will connect with or be intrigued by. A great way to become good at anything is to learn from those who already experienced success in any given field. When it comes to Marketing, what’s better than learning from a thriving entrepreneur who seems to be the new face of creative marketing and advertising at only 29 years old.

If you are an aspiring marketer, you might already be familiar with the name of Maxime Rancon, the French man whispering in some of the world’s biggest brands’ ears, creative director of the very exclusive French label Morreale Paris and the young blood behind some of the most viewed luxury real estate campaigns of all times. Rancon is also the founder and CEO of ‘The Rancon Company’ an advertising and marketing firm that creates spectacular motion pictures campaigns for global brands.

Prior to starting his agency, the founder of the Rancon Company started his career working as an assistant to the creative director for the legendary french fashion label Courrèges and participated to its rebranding in 2012. He is also known for being the creative director who oversaw the rebranding of the famous Beverly West in Beverly Hills in 2018. Over the course of time, Rancon has worked with over 100 top brands in 3 countries producing and directing sensational marketing campaigns, music videos and films.

The frenchman has already displayed a lot of great initiatives within the industry and showcased exceptional level of creativity with which he has now been successful in creating and producing value raising campaigns for some of the biggest brands in the world. Rancon said in an interview last year he was  a « strong believer of the fact that if you want to be successful, you have convince yourself that you will be, and it will simply manifest if you put in the hours and if you want it more than anybody else»

To give you a gist of his experience and tell you all the things he wishes he’d known before starting his entrepreneurial journey, Maxime Rancon has authored a book named – ‘Make it Happen Now a very simple guide to become a better marketer. A very well-made little book that covers the basics of smart marketing from a young and foreign entrepreneur’s perspective. An absolute must-have for marketing students, young entrepreneurs or anyone starting their own company that you can grab today off Amazon for $8.99 https://www.amazon.com/Make-Happen-Now-simple-marketer/dp/B087646C42/ref=tmm_pap_swatch_0?_encoding=UTF8&qid=1594607565&sr=8-1

Stay in touch with Maxime Rancon and his work by checking the website of the Rancon Company https://www.theranconcompany.com/ or by following Maxime on Instagram @maximerancon

4 Ways to Set Your Business Up for Success