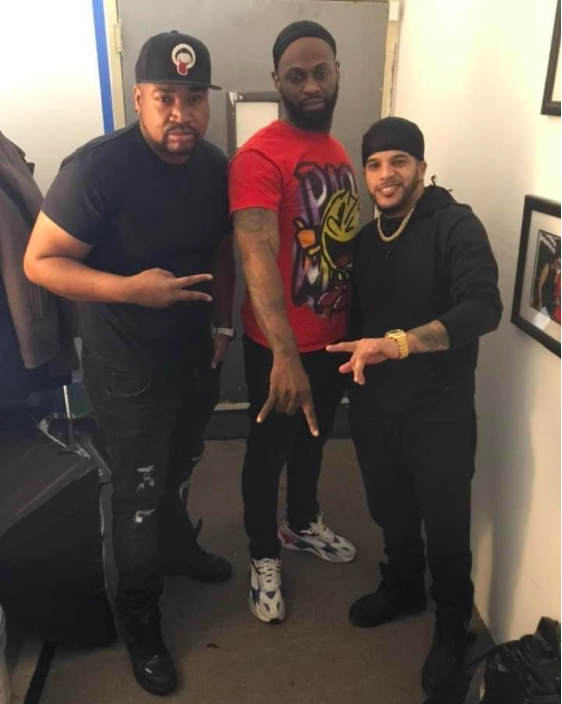 When great minds and prolific artists like Karine Sho-Time Thornton and International Nova come together, their potential to do great things is limitless. Both driven by their personal artistry and passion for promoting worthwhile advocacies that bring out the best in people, working together always results in something extraordinary. Their recent get-together on a podcast, followed by a simple after-party with their most trusted colleagues, is expected to result in an exciting new project.

The two have been known to work well together, as they share a shared vision when it comes to expressing their artistry: to promote the value of free expression and empower others to do the same. Both artists have had their share of challenges while working their way up in the industry, and these have been nothing but helpful in making them the successful men they are today.

They can only wish that those who go through the same ordeals find the courage to rise above them rather than succumb. It is a known fact that making a name in the music industry is not a walk in the park, and it is for this reason that many gifted artists eventually give up on their dreams. But not Karine Sho-Time Thornton and International Nova. They have stood the test of time and continue to win battles for the sake of those who look up to them for their success.

Sho-Time is the owner of a media company called Sho-TimeTV. His growing business caters to various media needs, from film production to shooting commercials, music videos, and so many others. One of its thrusts is to help rising music artists by giving them the media mileage they need in order to be known. Additionally, the company also does interviews and features various music artists. It also offers hosting services when needed by its clients.

Born in the Bronx and exposed to hip-hop music most of his life, Sho-Time went to the High School of Art and Design and studied architecture. During that season in his life, his passion for his music emerged greater than all his other interests. Eventually, he tried his hand at rapping with the help of Tron on the Beat. His music industry journey opened new doors for him, which eventually led to the creation of Sho-TimeTV.

Karine Sho-Time Thornton looks forward to the next few years of his life as he works tirelessly to build a respectable name in the industry and material wealth at the same time. More than just enjoying the fruits of his hard work, he is more inclined to help underprivileged individuals and communities as his way of giving back. Seeing that there are still quite a lot of poor communities around the country today, he cannot afford to sit idly by and do nothing. For Sho-Time, taking action speaks louder than many elaborate words. And he intends it to be his lasting legacy to the world.

More Than Just an Image: Rising Artist Cooli Highh Rolls Back the Years With the Rap He Grew Up With

New Rapper to Watch: Highlyte and His Surface to the Music Industry