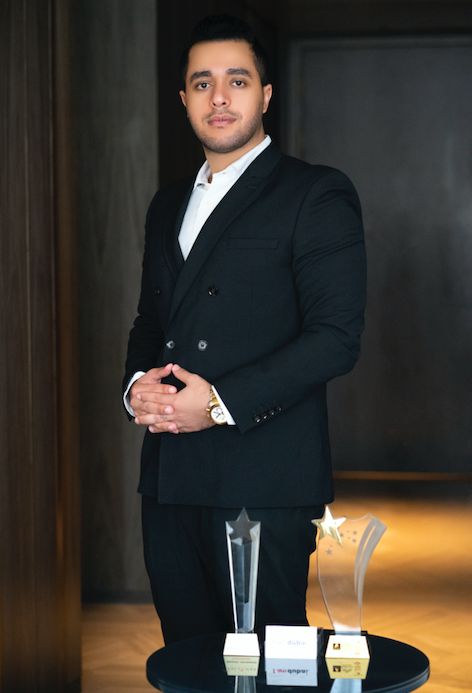 Kareem Elmashad, the most sought after names in the digital industry who has established himself as one of the successful entrepreneurs in recent times.

Kareem started his career as a PR at a very young age. With an experience of more than ten years exposed Kareem to the world of fame. This was when the germ of doing something out of the box started growing in Kareem’s mind.

After gaining immense experience and knowledge about digital marketing and mobile apps, the young persona took a leap and faith and embarked on the journey of being an entrepreneur.

He is the Founder of IamDubai app, an app connects famous influencers and models with luxury establishments, including top restaurants.

“Nothing is difficult if you focus on achieving it rightfully. I have learnt a lot from where I have started. Being a PR has not only exposed me to the real world but also helped me understand my life goals. The journey from being nothing to having a company that takes care of public relations and digital marketing is nothing short of an achievement for me. I strive to become a better version of myself each passing day and looking forward keep growing”, he says.

He also adds, “Being an entrepreneur now has pushed me to invent new things and bring in new ideas to the table. That’s what keeps us stand tall in the crowd”.

Kareem is best known for having a strong network. Over the years, he has smartly invested his time in meeting and connecting with new people that helped him as a ladder to climb the highway to success.

With all the dedication and hard work, Kareem has rightfully done justice to the title of being called as a successful entrepreneur and is currently looking forward to trying hands onto various other sector and expand his wing.