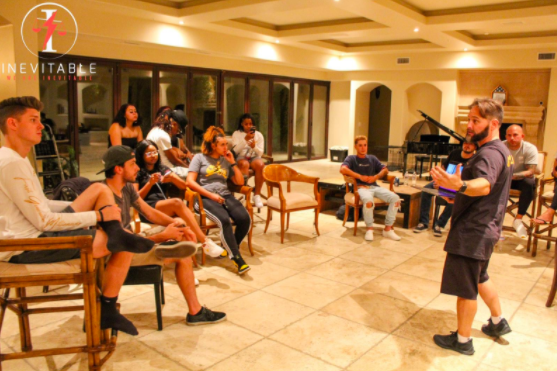 Entrepreneurs who knew from the start they would dedicate their lives to conquering the business sector are to be admired for their clear-cut vision. But arguably, it is in people who began their journey lost and unsure that we find the most inspiration.

Author, entrepreneur, investor, and mentor Joshua Denne is a marketing icon whose story of financial triumphs sends no other message than that everyone is capable of getting the success they deserve.

Budding entrepreneurs who do not have much to say when it comes to their educational background can find comfort in the fact that Joshua, a high school dropout, was able to build an empire despite how he started his financial journey with no directions or prospects in sight.

It took serendipity, the mentorship of a trusted friend, patience, a willingness to learn new things, years of persistent effort, some catastrophic losses a decade ago, and the regret of a few poor decisions to get him to where he is today.

After twenty years in the industry, this powerhouse and his organization has generated over two billion dollars in sales and since 2011 alone has paid out over $100m in commissions to team members.

Joshua’s leadership and vision at the Inevitable Group can be credited for developing a team of over 323,000 distributors worldwide and opening distribution points in Canada, Mexico, Germany, Luxembourg, Australia, South Korea and Japan.

As a peer-to-peer marketing authority, Joshua’s list of achievements is endless. The most recent brand he helped develop was an international skincare company. Between 2011-2018 he was a co-owner and field leader and took the brand from negative cash flow to over $220 million in annual sales prior to selling his distributorship stake in 2018. Since his departure that company continues to grow and thrive on the foundation of the systems and customers it acquired during his tenure.

Joshua’s strengths are not limited to his expertise in identifying, recruiting, and training new talent, but there are few better in the world. His biggest strength is his ability to allow other leadership teams domestically and internationally to shine and thrive on his shared infrastructure and support while serving as their biggest cheerleader and advocate.

More significantly, Joshua remains able to see a comprehensive snapshot of the world’s situation despite the number of achievements that could have boxed him in as a typical business mogul who is only interested in profit generation. Making a positive impact on a global scale is the core motivating value in The Inevitable Group.

Because he is a statistic that shouldn’t be where he is by the standard rules of society’s hierarchy and design, Joshua is not blind to the scene outside the four walls of a boardroom. As the Chairman of The Inevitable Group, a collective of inter-dependent peer-to-peer marketers, influencers, and conscious leaders, Joshua knows that issues such as economic uncertainty, income inequality, and financial illiteracy plague the world. These global problems require global cooperation, and as firm believers of the potential in other people, he and the rest of the group are committed to bringing financial literacy, crypto-literacy, data-sovereignty, and economic opportunity to 1 million people by 2025.

The next five years are going to be another testament to Joshua’s power to inspire and empower people from all walks of life. If you are looking forward to the work that he does as an industry leader, you can check him out on Facebook, Instagram, and Twitter. If you would like the chance to work alongside him you can schedule an interview request here.

Orkan Doganci (JustOrkan): The skilled restaurateur who turned his dreams into reality by expanding his business to different parts of the world