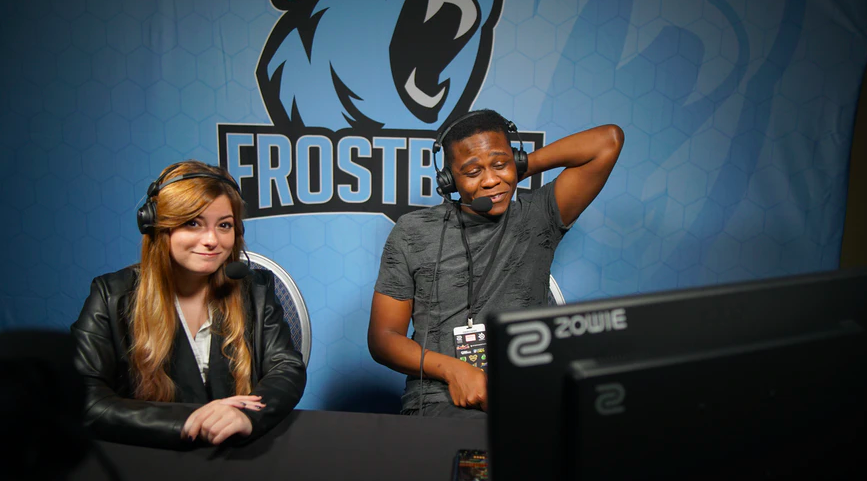 Traditional sports like football and basketball are big business. The NFL is by far the biggest sport in the United States, with all 32 of its teams worth more than $1 billion. The Dallas Cowboys, who saw their value rise 10% between 2018 and 2019 also top the revenue league table, generating just shy of $1 billion in 2019.

It’s rosy in the world of basketball too. According to Forbes, the average NBA team in 2019 was worth almost $2 billion, up 13% from 2018. California’s LA Lakers and Clippers, both of whom are 2020 NBA Championship contenders, have made the top 10, with the Lakers being the second most valuable team in the league, just behind the New York Knicks.

In England, the Premier League, the biggest domestic soccer league in the world, generates around $4 billion each year from TV broadcast rights alone.

These traditional sports are facing a challenge though. Their viewing numbers (at least in domestic markets) are beginning to turn flat as it becomes a challenge to attract new fans. A range of factors is involved in this, including a change in TV viewing habits, an unwillingness among fans to spend as much on TV sports packages, and increased competition from Esports that grow more popular each year.

Esports are competitive video games competitions, often taking a similar format to traditional sports leagues and tournaments. Players, who are sometimes taking part in a team or as an individual, play retail versions of video games covering just about every genre on the market.

Esports have been around in various forms since the 1980s and 1990s, but the roots of today’s major competitions can be traced back to the early 2000s. Leagues like Major League Gaming, the Intel Extreme Masters and the World Cyber Games all began between 2000 and 2007.

The number of people that regularly watch Esports competitions is reported differently by media outlets. That’s partially because there’s no central organization that publishes statistics like is the case of traditional TV. It’s also quite difficult to collate figures from multiple streaming platforms.

That said, even the lowest estimates put global viewership at 300 million people, while statistics that include Chinese viewers exceed 1 billion people.

For years, Esports have been available for fans to watch via online streaming and social media services like Twitch, Facebook and YouTube, but TV networks have begun airing events too.

For example, in the UK, the F1 Esports Series is aired on Sky Sports’ F1 channel, opening it up to much larger audiences.

Huge prize money is helping to attract more fans as well. In 2019, The International, a Dota 2 competition had a prize purse of $25 million. That’s almost 12 times more than was paid out at the Kentucky Derby, the most famous horse race in the United States that is more than 100 years old.

For the most part, Esports are free to watch. Fans don’t need to shell out cold hard cash to follow their favorite teams and players, like in most traditional sports. Instead, they are making the majority of their revenue from sponsorship. With hundreds of millions of people watching the competitions, sponsors are willing to pay huge sums to be associated with Esports and get exposure for their brands.

It’s these contracts with major global brands that have driven esports revenues above $1 billion. At its current rate, global esports revenue could surpass $2 billion by 2023, which would put it above huge international competitions like the UEFA Champions League and Formula 1.

Compared to the NFL, just one of the US’ major sports leagues, the global esports market is still small. The biggest NFL team has an annual revenue that is comparable to the entire global esports industry. However, it’s taken America’s professional football league 100 years to reach its position. The fledgling Esports industry is barely two decades in and catching up at speed. We can only expect it to grow further as new generations of digital natives get involved.

Coral Funding Review: Not The Way To Deal With Excessive Debt