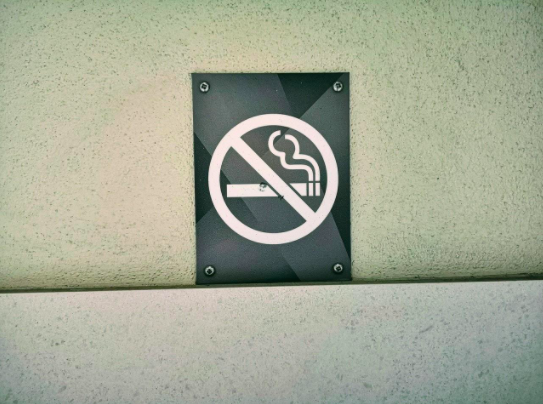 We now know that tobacco poses serious health risks, but it doesn’t change the longstanding traditions that contributed to the founding of our nation. The economy of the South was largely supported by tobacco farms throughout the early history of America. Our Founding Fathers grew tobacco, and it is still an important installment in parts of the South today.

Until recently, dip has been a big part of sports culture as well. Baseball cards were essentially invented by tobacco companies, and players regularly enjoyed free samples left in their locker rooms to enjoy before, during, and after a game. For spectators, it’s difficult to know how many fistfights over the better team were prevented by a beer and a wad of chew.

Though we have been facing a pandemic that makes most socializing seem like a distant memory, it wasn’t very long ago that people bonded over smoke breaks during the work week, or on the patio at bars and restaurants on the weekends. And sharing a tin of dip on a fishing trip or a long drive was the norm.

COVID-19 has been the cause of several changes to the way people use tobacco, because we can’t all just hang out together while enjoying our favorite products; and brick-and-mortar purchases suddenly became unreliable. However, the shift in cultural norms surrounding tobacco has been happening for at least the last decade.

Since the FDA officially took over the regulation of tobacco products in 2009, tobacco has been getting more and more expensive and more difficult to purchase. States can leverage their own taxes on it, making prices unpredictable from state to state; and Chicago even put an outright ban on flavored tobacco products.

Regulations and a Pandemic are Changing Things for Tobacco Users

Tobacco has been so important to American culture that it was included in rations for soldiers until 1975, and it is still sold tax-free on military bases and other installments. It helped to fund the Revolutionary War; and two boxes of snuff—along with several spittoons—remained in the Senate Chamber until the 1960s. (There was originally only one box of snuff on the presiding officer’s desk, but they ultimately put one on each side in order to avoid the constant interruption of Senators crossing the room to get more.)

However, the dangers of smoking have been understood for decades, and now it is clear that the drying and fermenting process for smokeless tobacco leads to a buildup and concentration of carcinogens. People who use dip are at an increased risk for oral cancers, gum disease, and complications along the digestive tract.

In the interest of protecting public health and helping consumers kick the habit, the Federal Government, state governments, and the FDA have been working together to make it harder to obtain tobacco products.

With COVID-19 changing the way we live our everyday lives, people are having an even more difficult time finding their preferred items. Brick-and-mortar retailers are becoming less reliable, with varying store hours and disrupted supply chains. Some smaller businesses that sell tobacco are closing, and no one wants to risk any more exposure than absolutely necessary in regions experiencing a high rate of infection.

Grasping at a New Normal

The thing that makes this situation frustrating for people who love their tobacco, is that it isn’t just about giving up an addiction or a habit. It’s about the significance of the tradition, the culture, and the community. The ritual is just as important as the nicotine head rush.

At a time when we are all supposed to keep our distance from each other and many of us are working from home, our sense of culture and community are changing. It’s already challenging enough to build social engagement in our current situation, and now tobacco users are struggling with balancing the risks of their habit, concern for their personal health, and lack of availability with their need to keep some semblance of normalcy in their lives.

Welcome to The Herd

The Black Buffalo community provides a new space for dip lovers to anchor their rituals. “The Herd,” as they call themselves, is made up of an engaged and loyal following online and in person, and they are enthusiastic with good reason.

Black Buffalo’s chew is unique because it is made with no tobacco leaves or stems, yet it maintains that authentic look, texture, and flavor customers are looking for. Traditional flavors like mint and wintergreen satisfy anyone who wants that traditional taste; but newer fruity flavors like peach and blood orange are wildly popular, too.

In addition to being an authentic tobacco-free dip, Black Buffalo is not subject to the same restrictions as regular tobacco products. Of course, there are still limitations on age (Black Buffalo is for customers 21 and over), but the company is working in compliance with the FDA to provide a reliable product that customers can count on. And no one has to put themselves at risk for COVID when they can order their supply online and have it shipped right to their door.

Traditions surrounding tobacco are drying up quickly due to health risks, government restrictions, and now, COVID. While giving up tobacco itself may be for the betterment of the health of Americans, it leaves a void in culture and community for many. The social aspects and the ritual that go along with using tobacco are an important aspect often overlooked; but people need routine, connection, and normalcy now more than ever.

Black Buffalo’s smokeless tobacco alternative gives consumers a way to partake in the rituals they are used to. The flavor and the feeling are authentic, and there is even a community of followers who will welcome newcomers into The Herd.

In a time of uncertainty, it’s important for consumers to remember to look out for themselves. With Black Buffalo, they can keep everything they love about dip, while skipping the tobacco.

Around 60,000 Americans Could Lose their Lives Over the Next Three Weeks, Say Health Experts