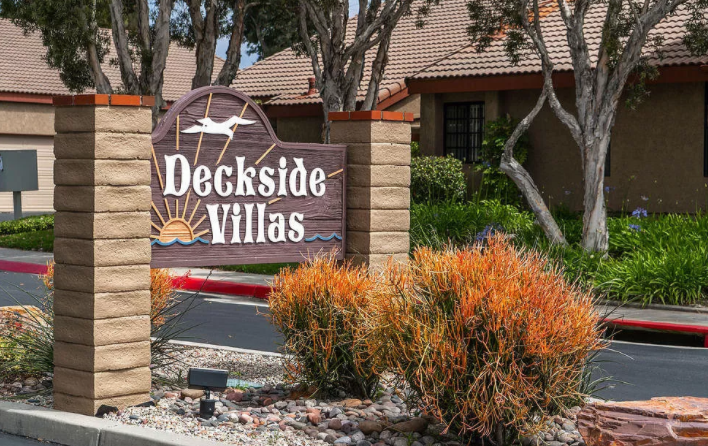 Ventura, California, is known for its beautiful beaches, magnificent hillscapes, and carefree lifestyle. Located just a little over an hour North of Los Angeles, many Angelenos have been flocking to Ventura County and other surrounding areas of Los Angeles during the Covid pandemic. Often in Ventura County, condo and townhome communities have Homeowner Associations that impose CC&Rs and bylaws for the residents to maintain a level of sophistication throughout the development properly.

Across the United States, HOAs are known for stringent regulations to the point that even Geico Insurance mocks and pokes fun at them in their commercial campaigns. The HOA Board in Deckside Villas of Oxnard, California, however, leaves no joking matters for the residents that have succumbed to suspicious activities and blatant disregard for the State’s governing laws that they are required to abide by.

In California, no matter what county you reside in, HOAs must defer to the Davis-Stirling Act. Upon interviewing numerous homeowners in Deckside Villas of Oxnard, California, it has become clear that the sitting Board members, Ron Wiesner, President, Stephanie Alex, Vice President, John Cater, Secretary, Melinda (aka Mindi) Cater, Treasurer, and Sandy Garner, Member at Large have all had conflicts of interest or disparaging conduct while sitting on the Board. Many of the association members are seeking help from local authorities.

One resident who wished to stay anonymous out of fear of retaliation from the Board members stated, “I have lived here for over 27 years. This is my home, but I am on a limited income, living off of Social Security. The Covid pandemic wasn’t easy on most of my neighbors and myself, but when we asked for assistance and some relief from the Board on our monthly HOA dues of $427 a month, Ron and Stephanie scoffed at me. Here, the Federal government has been offering assistance left and right, but our own Board, who closed down our facilities, refused even to help those of us struggling on a limited income. Honestly, I am afraid of giving you my name because they will come after me as they have to others in our neighborhood.”

President Ronald Wiesner, who the VC Reporter discovered has been listing and selling properties in the Deckside Villas development for years while holding office on the HOA Board (a violation of the Davis-Stirling Act), refused to comment and deferred all questions to his attorney, David Swedelson in Los Angeles. Mr. Swedelson opened up a dialogue, conveniently of his own accord, on May 18, 2021, when he stated that his clients were paying legal fees for a Mrs. Melinda Cater on a Ventura County Superior Court matter. Swedelson said, “The legal fees issue you reference were fees that the Association incurred defending members of the Board and an officer of the Association from frivolous lawsuits that were filed against them by the person I believe is the source of your information. As those persons were sued in their capacity as representatives of the Association, it was entirely appropriate that the Association defend those Board Members and the Officer of the Association.”

At the time of Mr. Swedelson’s statement, we had not spoken to any homeowners in the Deckside Villas Association and had only reviewed records from the Ventura County Superior Court. Mr. Swedelson referenced his firm’s defense of Mrs. Melinda (aka Mindi) Cater, who is Mr. John Cater’s wife. We reached out to Mrs. Cater to clarify her position as Treasurer of the HOA Board on June 4, 2021, however, her reply was evasive and defiant as she became increasingly aggressive.

One of the homeowners’ many concerns throughout the Deckside Villas Association that we have uncovered is that Mr. and Mrs. Cater are both board members, which, again, is a direct violation of the Davis-Stirling Act. Just hours after Attorney Swedelson’s statements, Mrs. Cater was renounced from her position as Treasurer at the May 18, 2021, monthly HOA meeting. An inside source confirmed, “Her husband John assured those present at the meeting that his wife would continue to do the books, it would just be him “on paper” for now. Then the President, Ron Wiesner, reiterated this to us, stating, “It’s only temporary as we are under the microscope right now.” Referencing the current State, Federal and local investigations. Wiesner also asked Mr. Cater at that May 18, 2021 meeting to look into and locate a missing $8,000 from the books that were unaccounted for.

A prior Board member who formerly lived in the community, confirmed that in fact, Mrs. “Mindi” Cater was never elected to the position of Treasurer, and it is considered a conflict of interest for two members of the same household, regardless of relations to be appointed in any capacity to the Board of Directors, Officer and/or Committee. It has been confirmed that Member At Large, Sandy Garner, has also been listing and selling properties in the development during his election as a Deckside Villas Board member, just as President Ron Wiesner has been for nearly 16 years.

California Attorney General Ron Bonta’s website urges homeowners that suspect fraud, theft, and/or embezzlement by their HOA’s Board of directors or individual officers to file a report with their local police and/or sheriff’s departments as well as the Department of Real Estate. Fortunately, the situation found in Deckside Villa’s HOA in Oxnard, California, is rare, but homeowners around the country should be apprised of their rights.