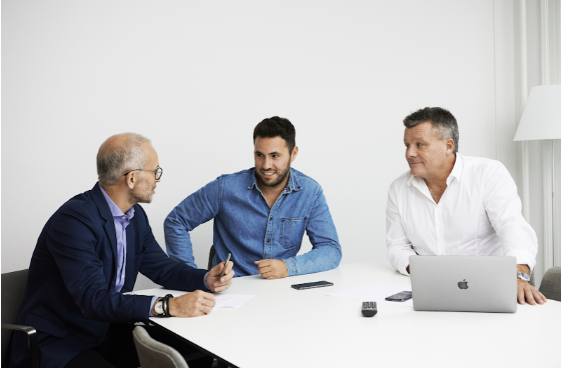 Most people have heard of the gap that exists among the genders when it comes to payment in the workforce. Countless books, articles, and documentaries have been made on the subject and even those without a great understanding of gender dynamics or economics have a basic idea of what it is.

One gap that isn’t as recognizable to the public, however, is the gender wellness gap. The gender wellness gap refers to the disproportionate difference between the health care that is given to men compared to women. This is further contextualized when we consider that women are the primary caregivers in every country in the world, whether it means caring for their children or others.

This is the problem that the firm Bellabeat is trying to solve. Bellabeat is a data-driven wellness company that aims to give consumers control over their data while pushing social change.

Women and the Wellness Gap

Women outnumber men in the global population by 66 million. Despite this, they are still disproportionately represented in data relating to the receiving of care. It has been estimated that it would take over 300 years for the gap to be closed at the current rate of gender equality progress.

One of the factors that contribute to this is the general dismissal or lack of discussion around women’s menstrual cycles. It is often discussed using unnecessary euphemisms or treated as a source of embarrassment. The end result of it is that many women think of their menstrual cycle as simply the period itself and not a constant 28-day period that refreshes itself every month. While this might seem insignificant, there are many changes that take place during the entirety of the cycle that affects women’s bodies and minds.

These include hormonal changes, cravings, weight changes, and mood swings. When trying to reach health and wellness goals, these things must be taken into account. However, because health and wellness platforms often do not take these into account, women are often recommended plans that are one-size-fits-all, ignoring the fact that women’s bodies are different.

For example, a mental health resource might recommend certain mental exercises or track moods for both a man and a woman, not taking into account that the woman might be prone to mood swings during certain times of the month. Or might have lower energy levels during her period. These small factors go a long way in ensuring inclusivity and proper resources for women around the world.

It also ensures that women can reach their goals with more ease. For a long time, the health and wellness industry tried to push mass-produced resources and plans upon the public. Over time, however, it has been accepted that people are varied and as such, need varied plans. This can be seen in the custom diet and exercise programs that exist in the global wellness market.

Bellabeat and its Mission

Bellabeat, at its core, is working to address both of these issues. They are helping consumers take control of their data by creating programs and resources around them to meet their fitness goals. They are also taking into account women’s menstrual cycles and its many implications.

The programs are created to work around women’s bodily functions, rather than expecting women to adapt to them. This means that women will have a better understanding of their cycles and how it operates and will also receive support when trying to reach their wellness goals.

So far, the results speak for themselves with over 1.6 million custom programs being created every day and 6.4 million workouts taking place each day. The women who use Bellabeat have reported reaching their wellness goals in 40% less time. This means no more falling off the workout wagon or struggling with the same goal for months and years.

The company has also had some new changes to its management as Jeppe Christiansen, an economist and board member at KIRKBI (the parent company for the Lego Group), will be joining its board. Christiansen is bringing decades of experience as both an economist and an investment manager to the role.

This sort of expertise will be greatly needed as Bellabeat is moving to its next phase of development in creating accessibility for its customers. His education includes a degree from the University of Copenhagen and he currently works as the CEO of Maj Invest, which is an investment management firm that has been operational since 2004.

As the world is working towards a more inclusive and equal world, women’s health is taking center stage. With resources like Bellabeat, women can now work in sync with their bodies and not against them.

What the future holds for Bellabeat

It is no secret that data is arguably the most powerful currency that exists in the age of the internet. This is particularly true of user data; ages, interests, locations, purchasing history, and so on. Recent scandals such as the Cambridge Analytica scandal shows that companies will pay top dollar for user data and that data platforms do not have the best track record of protecting their users.

However, there is a growing push to give users power over their own data and leverage it to provide them with the best possible services. As previously mentioned, the use of specific data, in the case data relating to women’s health, can ensure that they are given the best resources to meet their needs, with room given for unique health conditions.

What Is an Isee Test?