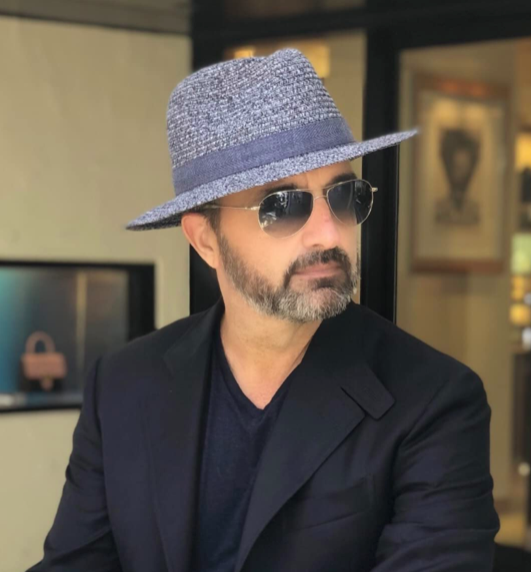 For Hollywood’s most anticipated films, the COVID-19 pandemic continues to present problems for brand sponsors and advertisers.

The new Amazon Prime trailer for “Coming 2 America” (the fan-favorite sequel to Eddie Murphy’s “Coming to America”) debuted during the Super Bowl LIV game, with Murphy reprising his role as “Prince Akeem” and his best friend, “Semmi”, played by Arsenio Hall. The sequel follows Murphy and Hall as they return to America to find Akeem’s long lost son in hopes of training him to become the next king of Zamunda. Other familiar faces reprise their roles, including, but not limited to Shari Headley, John Amos, and Garcelle Beauvais. Joining them are newcomers to the series Leslie Jones, Tracy Morgan, Kiki Layne, Jermaine Fowler and Wesley Snipes.

Additionally, other films, including “A Quiet Place 2,” “Top Gun”: Maverick,” and “007: No Time to Die” are still waiting for their time in the limelight, after suffering continuing release delays due to the COVID-19 pandemic. Back in July of 2020, Paramount Pictures painfully announced that the sequels to “A Quiet Place” and “Top Gun” would be delayed at least one-year after its originally anticipated release dates of September 6, 2020 and December 23, 2020, respectively.

But what fans often don’t think about are the very convoluted contracts behind these films, especially when it comes to product placement. Renowned Hollywood brand executive, Lorenzo Rusin, has been the person of interest when it comes to answering questions about how placing high-end luxury brands into films actually works.

“When you place a product in a movie or TV show, you have to be tasteful,” Rusin told Luxe Beat Magazine. “You can’t just put a brand in. Two months ago, for example. I saw a movie, and it was a nightmare. I saw this product placement, which was terrible, because it was a salami or cold cut company, where the two individuals were sitting on the couch talking–but next to them, was this plastic container of salami next to them on the couch, which doesn’t make any sense. Sometimes, you have placements that at times, aren’t tasteful. You have to be realistic.”

Rusin has worked in the industry for more than 25+ years, placing high-end luxury brands into films and TV shows like “The Irishman,” “Beverly Hills Cop 4,” “The Bucket List,” “Terminator: Dark Fate,” and “Bad Boys For Life.” In other words, all those fancy eyewear, purses, and automobiles you see in entertainment…that’s Rusin.

But like many folks in the industry, Rusin too, patiently waits for this coronavirus to take a hard exit. “We all hope that this pandemic will be over soon, because like everyone else, I also miss the human contacts which my job often requires me being on the movie set,” Rusin said. “From my twenty-years in this business, I know many people, ranging from actors and actresses, to cameramen and directors. I think it’s very important for people to be together, and during this time, the biggest change is having to wear masks, briefly shaking hands, and of course, washing hands immediately after. That was the biggest change for Los Angeles.”

As technology grows more advanced, the contracts protecting brands become ever more important. “There have been many frustrations with our infrastructure since the Internet came to be, but the world is much smaller than it used to be. And why? It’s unified. Everything that is happening now, is happening all over the world. I always tell people that if every country had their own production company and local talent, they wouldn’t branch out. Now, they do. The majority of music and movie consumption is very similar today, thanks to companies like Apple, Google, and Samsung.”

Take the new Bond film, “007: No Time To Die,” for example. Brand sponsors behind the film are very concerned that by the time the film does come out in theaters (estimated October 2021), that many of the featured product lines will already be outdated and in the stream of commerce. Fans of Bond know that there was always more to the secret agent than his good looks. It was the brands he rocked throughout his adventures, whether we are talking novelization or film.

Rusin also backed up advertisers’ concerns surrounding the latest addition to the Bond franchise. The 25th film in the Bond franchise was originally due to release in April 2020 but was delayed to November last year after the pandemic forced cinemas around the world to close. The film was subsequently delayed to April 2021, and then to October 2021.

“Some of those things were the very latest models back when they started filming” a source told The Sun, “but by the time the movie comes out now, it will look like Daniel Craig and all of the other cast members are carrying something that has been out for ages. That isn’t really the point of these deals.” Although the film will reportedly feature Omega watches, Bollinger champagne, and Adidas footwear, it seems likely that HMD Global’s Nokia phones are at risk of dating most quickly. HMD Global announced last year that the film would include its Nokia 8.3 5G from last year, and TechRadar reports that the film is also set to include the Nokia 7.2, which was first released in 2019.

That’s why if you ask any Millennial or Gen-Z who loves Bond about the Aston Martin Vanquish, they light up. James Bond would definitely not exist today, according to Hollywood media consultant, Andrew Rossow, without product placement. “This is why Bond and brands are almost inseparable, beyond just Aston Martin, but also Gordon’s Gin, Moreland Cigarettes, Bentley, among countless other gadgets and gizmos.”

Rossow, a licensed attorney and the President of AR Media Consulting, has offices in Austin, Texas and Tampa, Florida, helps provide visibility to high-end luxury brands and Hollywood talent, growing up in an age where music was first digitized and social media started with Xanga…what the millennial attorney described as the “Wordpress 1.0” of media.

“The big tech firms want the stars to have all the new up-and-coming products to help promote them and sell them to fans,” the source tells The Sun. “It means some of the scenes are going to have to be very carefully edited and looked at to bring things up to date.”