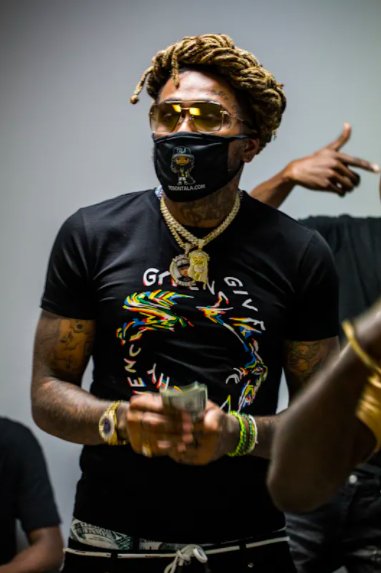 Indiana native Yoson Tala is a hip-hop artist that has been through the trenches to get to where he is today. Rough patches early on in his career include being betrayed by management. “They were taking money out of my business account,” Tala notes. “Companies I’ve dealt with in the past have done things that we hadn’t agreed on.” However, even with all the hard times in his career, Tala still rises and has become bigger than ever before.

Yoson began making music in high school and hasn’t looked back since. During his time in the hip-hop industry, Yoson had a few independent deals before he decided to get his own business. The young artist is currently independent and has been on tours in Sweden and London, as well as spending six months doing shows at small venues across the United States. He has started his own movement that has developed into the “Tala Nation”, which he appreciates everyday he wakes up. Without the support of people close to him and his fans, Tala wouldn’t know if he would be able to do what he does. Yoson knows what it’s like to have fake people around him; so, when he finds someone who demonstrates loyalty, he keeps them close and puts them on.

The young hip-hop artist shows great promise for the future. With hit songs like “Lingo” reaching music stations like “Power Chicago 92”, growing to over 100,000 views on YouTube, and having 50,000 streams on Spotify alone, this artist won’t be independent for much longer. Yoson has big plans for his career and won’t stop until he gets to the level, he knows he is capable of reaching. Keep an eye on this young artist as he continues to make massive strides in the hip-hop music game.

Humble Way of Life with a Big Impact for Ernesto Gaita