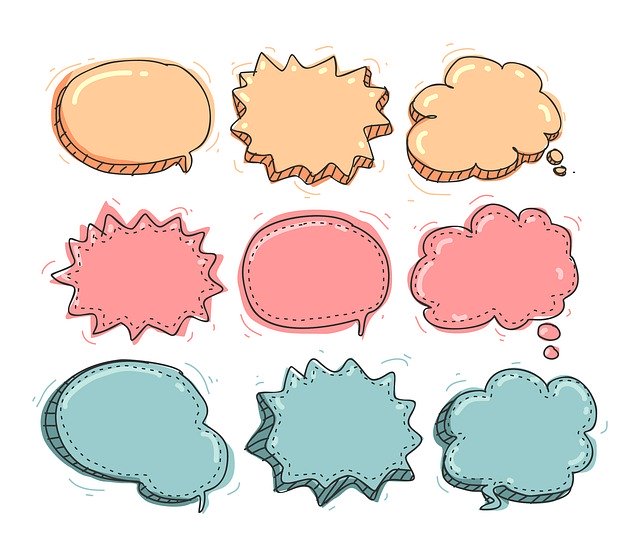 So your video is almost ready. You have the video itself, and now you need to convert text to voice. How to do it well, if possible quickly and inexpensively?

Well, you have a few options. Narrate your video yourself, invite the  professional voice over actor or use the text to speech converter Kukarella. Let’s figure out which of those is the best solution.

It really will be pretty fast track and definitely free. You still need to rent a studio though. You can do that at home as well if you tightly close all doors and windows and tell the whole family shut up. Or wait until late at night when everyone is asleep. By the way, do you have a good microphone? What about your diction? Accent? And how much does your voice fit your video information? I mean your timbre, intonation, temperament?

In general, it’s a little bit tough. And most likely you will have to choose either a high-quality recording for quite a lot of money, or poor voice acting. What if poor audio quality does not work for you? After all, the success of a video project depends not only on the picture, but also on your audio quality. A great voice and good acoustics play a very important role to make a video cool.

Hire a voice over actor

Invite a professional actor, pay him at least for two hours of voiceover work for a 10 minute video. And also pay for renting a studio with a good microphone and soundproofing. Then you will definitely get the high quality voiceover. Unless of course you encounter the situation described in this video

Of the other cons, the process take about half a business day and will cost from $ 300

Use professional text to speech converter

Record the voiceover for your video using online text-to-voice converter, such as Kukarella. When I just started making my videos more than 10 years ago, I tried to use computer voiceover for my videos. It saved money, it was quick, the studio and microphone were not needed, just as there was no need to explain the task to the actors. But that time, the choice of voices was rather meager and the text sounded too synthetic, like a GPS navigator or Siri voices today.

In some cases, this could be reconciled. But if I needed a realistic voice, then I had to look for other options. However, much has changed today and creating realistic audio using computer voices is already quite possible. And you can convert text to voice in one minute spending only about $1. How?

Amazon, Microsoft, Google and other gigantic platforms today can make and sell you everything you want, including text to speech voices. However, converting on their platforms is very inconvenient. They have a huge base of different voices that sound very natural. However, you have to spend a lot of time using their voice converters.

We need to get acquainted with the interfaces, which they all have very different. In some cases you need to write a code, or to create a developer account. In general, the preparatory phase could take several days. Honestly I tried it a few times and always got confused.

Text to voice converter Kukarella was born literally less than a year ago and immediately became quite popular. Now it is my desktop tool. It provides access to all voices from Amazon, Google, Microsoft and IBM platforms. it’s 300!!! different voices across 60!!! world languages and accents. At the same time, Kukarella has a very simple user interface. No advantage computer skills are needed. Even a child can start using within minutes. Just type your text, select the voices you need and after a few seconds your text will be converted to audio, and then downloaded as an mp3 file. You can also share a link to the created audio.

Moreover, as we know, our speech does not consist only of words. There are also sighs, pauses, whispers, hmms etc. That are voice effects. And – tadam – Kukarella provides all the options like that. You can easily add the desired effect to your text to make the speech vibrant and natural. Another convenience is the ability to voiceover a text using several voices at once. For example for dialog. And if you need to translate the text into voice in several languages ​​at once – no problem. Just choose the languages ​​you need and you’re done! All tools are very simple.

Another question arises, more from the marketing or even psychology category. How can I choose the best voice for my video? Should it be male or female? Young or mature? Soft and velvet or sonorous and confident? These questions create a whole series of new questions: what do I want to say in my video and whom for? Who is my target audience?

If my goal is to get as many eyeballs as possible, then the timbre of the voice, its temperament and intonation should capture people literally from the first frase, maybe even shock the audience.

And if I need to advertise my legal services, I will definitely choose a confident, calm, clear voice, because only in this case my potential audience will trust me. Actually, the voice in your video is very important as much as a moving picture. The voice can trigger processes in our brain that do not respond to visual perception. Here’s a little social experiment. While not exactly scientific, it is helpful in illustrating the science behind an actual experiment.

So, if you settled on a sound text-to-speech converter Kukarella, you got access to a huge database of voices. 300 different voices! Which one works best for my video?

Obviously, if the hero of my video is me, then I need to select a voice in accordance to my gender. For example, I’m a man, I’m 30 years old, I’m doing a video review of a movie or TV show. But I want to hide my accent or problem with my diction. Of course, I will choose in the text-to-speech converter database the young man voice that matches with my appearance. Relatively speaking, the melancholy male baritone is a barely suitable for the image of a thin video blogger, top knot hairstyle guy in ripped jeans. A quick energetic tenor with a fairly even tone will definitely work better.

If my video product is dedicated to live hacking on a domestic topic, for example, how to grow an avocado at home using its seed, then you need to focus on your target audience. In this case, there are mainly female housewives about 30+ age. Rather, they will trust more experienced women with a cute, confident, pretty quick and clear speech.

In general, in most cases it is better to rely on your potential gender audience. The text-to-voice Kukarella converter offers a large selection of  male and female voices.

But what if your target audience consists of men and women in equal proportions? For example a video with medical advice how to protect yourself from the coronavirus. Or an instructional video for a foreign language school students. Here, the gender theme in the selection of voiceover for video is not so relevant. The more important criterion in this case is a good diction, a clear voice, pleasant for the ear. Not too young person with experience in this topic. A voice you can trust.

By the way, scientists studied the voice effect on the human brain and came to the conclusion that higher pitch of a female voice instills more confidence in listeners than the lower-pitched male voice. Female voices are also perceived as more soothing and comforting, as well as helpful rather than commanding.

Other experiments with the effect of the voice on people have shown that female voice activate the same brain areas as music does. This means that they evoke more emotions.

In the voice library of the text-to-voice Kukarella converter there are many beautiful melodic female voices that will add an emotional coloring to your video. The chain of perception of a video is approximately like that: an auditory or visual signal – an emotional response – interest in a product – a reaction to a stimulus to an action – implementation of an action as a result.

I am sure that all your videos have an ultimate goal, which can be purely commercial or general education or just humane. Tools can be very different, sometimes not even very kind. For example nowadays during a coronavirus epidemic, we make horror videos with disgusting exaggerated animations  not to intimidate people, but to force them to stay at home, observe quarantine for the common good. Even in this case, one must not go too far. If you add a terrifying voice to a scary picture, then the effect can turn out the opposite – mortality from panic, fear and heart attacks. Does this look like humanism?

Text to voice converter Kukarella is just a tool that, like any other tool, can be used for good and for negative purposes. So choose the voices carefully. The voice base of the text-to-voice Kukarella converter gives a large selection of different voice tones, temperaments, speech speed, volume.

When you are looking for a voice for your video, you can first select a few voices. Then make a test scoring of the text in a voice and then make the choice narrower, leave two or three voices. It is good practice if you put aside your work for a while, and then come back with a fresh brain and listen to the generated audio again. Then you can clearly see which voice works best in your video. This is another bonus  of the text-to-voice Kukarella converter. Let your videos be for the good.

This is how Trovemat is Democratizing Crypto Currency

Experts Recommend how to choose the Best Dive Computer in 2020