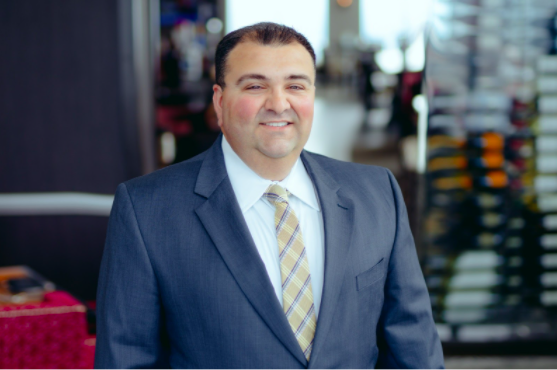 Everyone dreams of doing something big in their lives. But not everyone is able to eventually make it big. The ones with immense dedication and perseverance are the ones who turn their dreams into reality and their success is the fruit of their hard work, which does not happen overnight. Stan Bril is one of those few people who built his own empire from scratch.

Bril is the founder and CEO of MCG, a private commercial lending firm that focuses on real estate and business funding. While his firm is currently one of the most successful ones in the lending industry, the entrepreneur had to face many hardships to reach where he is today.

He had moved from Eastern Europe to the US at the age of 7 with his parents through a resettlement program. From cutting lawns to selling cars on eBay, Bril has done all kinds of odd jobs. Whether it was school or college, he had to face multiple hurdles in every stage of life. But what is worth noticing about him was that he never gave up on his will to do something big in his life.

At the small age of eleven, Bril started his very first business. It was a small lawn-mowing business, where he even hired his friends to help him out. It gave him the confidence to do something bigger and better. After graduating from college, he moved to Philadelphia where he started his entrepreneurial journey, selling used cars on eBay.

In 2003 he decided to set upon a new journey. He became a mortgage banker where he learned about the great need of small businesses to get access to more readily available credit. It made him realize his goal and he started planning his own firm where he could lend money to help other businesses reach their American dream.  That’s when the entrepreneur started his own lending firm called MCG in 2009.

This brought upon a new challenge in Bril’s life as he had started the company in the middle of the worst financial crisis that the generation had seen. While the businessman calls it the biggest challenge he had to face, it did not stop him from making it a huge success.

The company has grown bigger in the course of the past eleven years becoming one of the leading real estate lending firms in the US. Recently, Bril completed funding for the purchase of a $1.17 billion hotel portfolio.

It has never been a cakewalk for Bril as he had his share of hardships. From moving to the US with nothing in hand to now owning one of the leading lending firms in the country, he has come a long way. What’s even more inspiring about him is that along his journey, he has helped out so many others in making their dreams a reality!