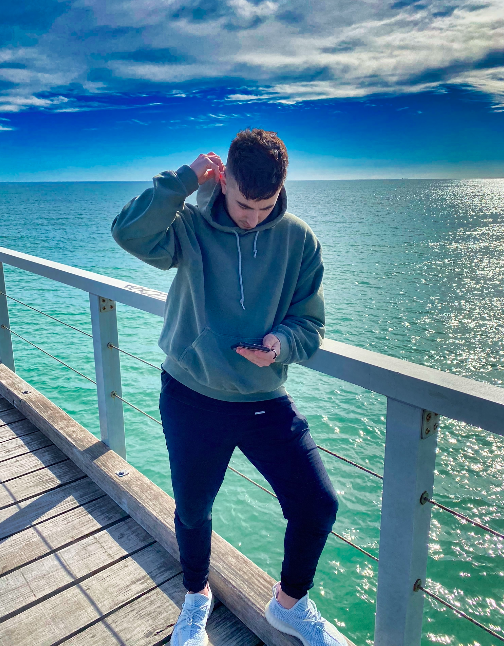 At a very young age, Lukas Tsimopoulos would always surf the Internet, searching for things that people needed, so that he could sell them online . He has always had a passion for the business of selling. Initially, this involved the use of eBay to sell a quite limited range of products. Today, his businesses have grown to something larger than he ever thought possible. Ditching the popular idea of going to university for several years, and thereafter, collecting a paycheck every two weeks while working 9 to 5, has been the best decision he has ever made. He also decided to step away from his family business, so that he could focus on his E-commerce business. By doing so, he made himself multiple six figures in profits within a few months.

Right now, Lukas continues to focus on being a better version of himself. His current plans are to continue to build his social media presence so that he can document his journey as much as possible. He envisions this journaling could provide as much value as possible for other people that are looking to do something, other than clocking in and out of a 9 to 5 job, and barely making ends meet. Even though Lukas has made quite a bit of money in such a short time, he says that his biggest success has been the establishment of a platform, to showcase how to do what he does. It’s extremely fulfilling having such a large number of people reaching out to him and messaging him on Instagram, asking him for advice. Some people send messages, thanking him for being a stepping stone in their journey in the e-commerce world, which is not particularly large.

Lukas shows a lot of people examples of what he has bought and sold; how much he has bought for something; and how much profit he has made from one product; and how much profit he has made over a daily, weekly, monthly period. He truly shows people how they could leave their 9 to 5 job and make money, literally, while they’re sleeping. Showcasing his results on his social media presence has not only helped other people but has kept him going as well by documenting his success to remind himself to keep going on those dark days.

He has helped many people supplement their existing income, by selling online. In a short time, many people are making more money online than they were at a 9 to 5 job because they were increasingly getting sick and tired of being told how much their work is worth and how much they deserve to enjoy their life with the money that they get to bring home. He explains that, with every past failure he embraces, because if it weren’t for his past failures, then he wouldn’t be where he is today, both for himself and for other people.

While there are many applicants that reach out to Lukas, he decides not to take on every client. He looks for certain characteristics when he is reading through the applicants. With much experience helping other people to be successful in e-commerce, he has a process that is fairly quick to see who is 100% ready to commit to becoming successful. In e-commerce, there are literally millions of people trying to scavenge off each other and make it. One thing Lukas looks for when he is hiring someone, or when taking on a client, is that they are willing to make mistakes, but also, that they are willing to make mistakes quickly, learn from them, and move on as quickly as possible. Making mistakes is crucial but you have to move on quickly enough so you don’t sabotage your business or somebody else’s. If you’re ready to grow your business and e-commerce, ditch the rat race, and learn from somebody who is successful in that area.

Go to Lukas’s Instagram and apply to be his client to learn from him.