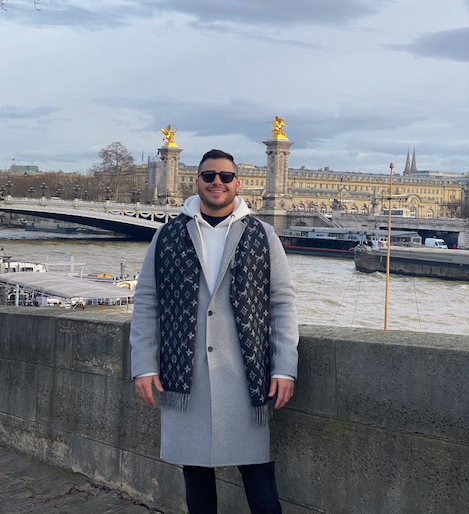 Giuliano Gigliotti is a young entrepreneur from Los Angeles whose sound business acumen and strong sense of self propelled him toward being the successful businessman he is today. At the age of 18, Giuliano uprooted his whole life and moved from Ohio to Los Angeles. Unlike others seeking fame and fortune in the City of Angels, he had other business ventures in mind.

It had a rocky start. At first, Mr. Gigliotti worked hard to help others get their companies off the ground without receiving the recognition he was due, before he ventured out to start his own company. After putting in a lot of time and resources and then making the decision to leave a business that was eventually sold for more than what he had invested in, Giuliano realized it was time to start working on himself. Through mentorship and self-reflection he realized that these hardships taught him important lessons, including how to successfully scale a business. During that time, he also found his new calling: networking and promotional entrepreneurship.

Giuliano has always radiated positivity, but he hadn’t realized that it’s a skill he could use to make money until he started expanding his revenue streams through working with other businesses across the state. Now he uses it to grow his business and expand his network worldwide.

He has taken the initiative to meet with different business entrepreneurs in countries like Mexico, London, and France in order to work on growing his audience. He’s now building a name for himself online, too, by promoting different lifestyle brands through his social media platforms. When looking at his social media, it’s easy to think that Mr. Gigliotti is living a jet set lifestyle, but he points out that he doesn’t see it as taking a vacation. “I always take trips with one goal in mind: business networking. Every new trip is an opportunity to diversify my income and gain new markets for promotion,” he said.

While working all the time and not relaxing isn’t generally considered a good thing, Giuliano says that he doesn’t see fun as being separate from work. “The two are interchangeable,” he added. Work is fun for Giuliano, and that is evident in his habits and routines. This also stems from his belief that public image is crucial to a business owner, and Giuliano believes in putting his best effort into any business endeavor he encounters.

Currently, he is working on building his business and revenue streams through networking in different countries, all while navigating the industry through his phone. If you’d like to stay up to date with Giuliano’s latest ventures and travels, you can follow him on his Instagram, @Gilligan710.