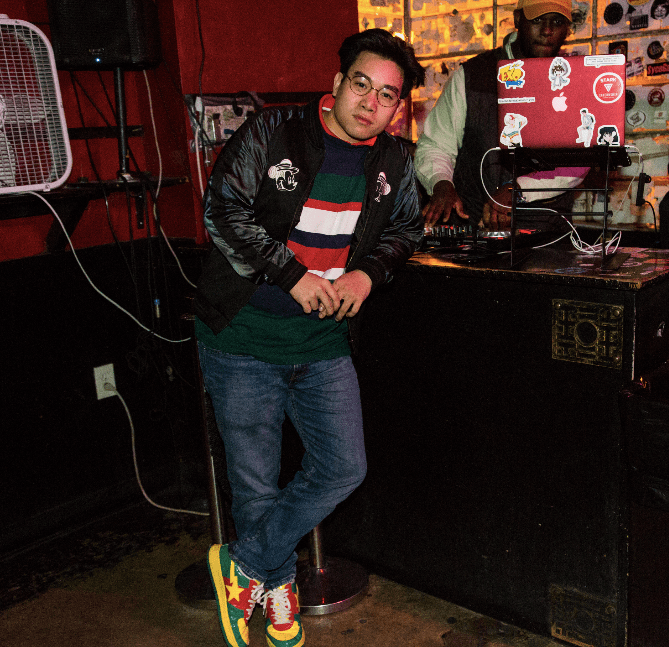 With the change of time and generations, music is also going through remarkable changes. Fat Panda Tuan is making waves as an independent hip hop artist.  He was born in Saigon, Vietnam but he resides in Germantown, Maryland. There are talented artists in the DMV area but Tuan’s unique aura stands out from the rest.

Fat Panda Tuan, has gained more notoriety when dropping his project Shinbi Tempura in 2018. He was introduced to music at an early age.  His father made a career by playing the keyboard and guitar.  At an early age; he was introduced many genre’s of music including jazz, tango, cha cha, swing, and latin music.  Tuan has a music background; coming from a music-loving family; he exudes a variety of flavors from his music influences; which compliments well with the hip hop genre.

We all know that today’s rap music can be very melodic, Tuan adds an extra layer of melodies and creating smooth flows to hit’s like “Atari”. His music his heavily influenced by popular Japanese culture.  From video games, anime, manga, art, food, you name it!  In his recent release, “Atari” describes the modern hip hop lifestyle, “Life is like a dream; Imagine if life was on a 8 bit video game.” Fat Panda Tuan, creates a “feel good vibe” and positive transfer of energy so when listening to his music, you can relax and enjoy the moments.  He creates an imagery comparing life to a video game; this is your world and you can do whatever you feel type vibes.  Atari has a very upbeat bounce and when combined with Tuan’s flow, it becomes a perfect hybrid combination.  Tuan’s music is more than a vibe!  He is not only famous for his unique style but also his life experiences and humorous personality; makes him stand out from the rest.

Since today, Fat Panda Tuan has created an impact with project Shinobi Tempura and a few hit singles.  I would describe his music as a fusion of hip hop; it’s multicultural music; modern and traditional rap flows with a twist of new age autotune.In his latest interviews, Tuan has elaborated his plan for his music career and shows some excellent news for fans and audiences.  His short term goal is take over Rolling Loud.  His long term goal is to become a well established international touring artist.  With all that being said, it seems Fat Panda Tuan has great ambitions and is on his way!

How to Get Touch with Tuan

Never miss a popular singer’s shows and all the updates about their lifestyle and choice.  Tuan is stays on top of Social Media but he is mostly connected with his Instagram named fatpandatuan. Here you will get all of his latest photos, shows, tour dates, content etc

Music keeps us happy and excited!! Especially when it comes to multicultural music and keeping up with today’s trends. Fat Panda Tuan’s music grasp our ears and we were able to get the “feel good vibes”.  It’s always appreciative when an artist truly cares about their Art, especially in today’s times.