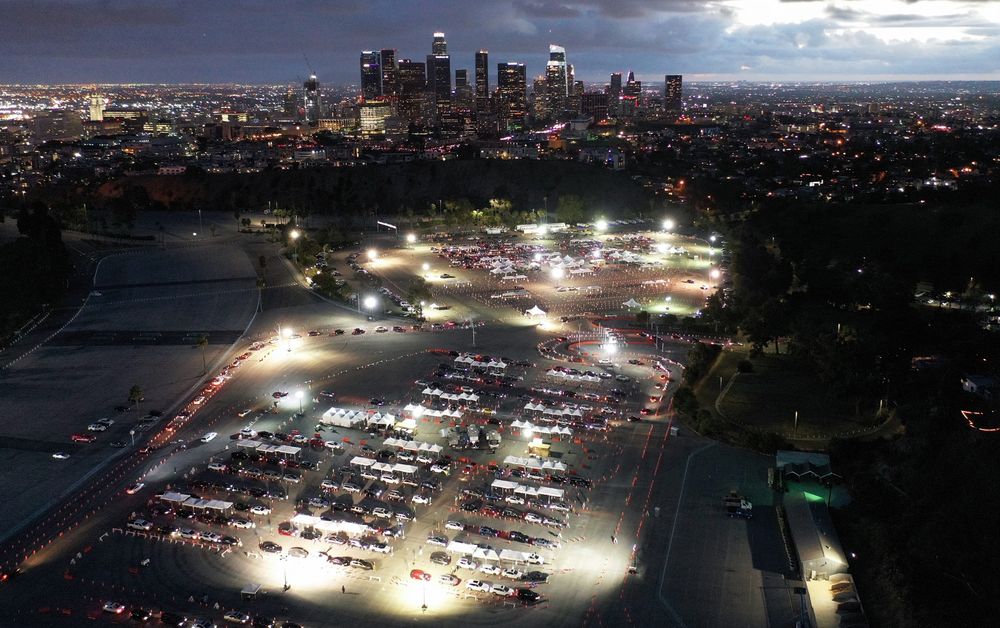 On Saturday Dodger Stadium in Los Angeles, was forced to close for an hour due to 50 anti-vaccine and far-right group protestors.

The group stalled all the motorists waiting in lines for hours carrying placards decrying about the vaccine’s ineffectiveness.

Protesters were seen telling people to turn back and calling them lab rats.

The entrance of the stadium was closed by Los Angeles Fire Department as a precaution around 14:00 local time(22:00 GMT)

When asked the LAPD told that they did not close the gates and all vaccines will be delivered on time.

Gavin Newsom Governor of California tweeted that the stadium “was up and running”.

People waiting in line took to social media to show the world the sight of protesters who had blockaded the stadium entry with a sign saying “CNN is lying to you”, “take off your masks”, “save your soul by turning back” etc.

Times talked to the people about how they felt on being delayed the vaccine due to protest. At the same time, some called it “horrible” other told that it is necessary for them as some were doctors, dentist and were too prone to get the virus and wanted to be safe for their patients and families. Hence the vaccine was the only solution to the problem right now.

The stadium was eventually reopened around an hour later. California is indeed one of the worst-hit states in the US. Moreover, its cases have reached around 3.2 million with more than 40,000 casualties.

The US has suffered more than 439,000 casualties due to the virus until now.

Trump loses his defense attorneys a week before representation