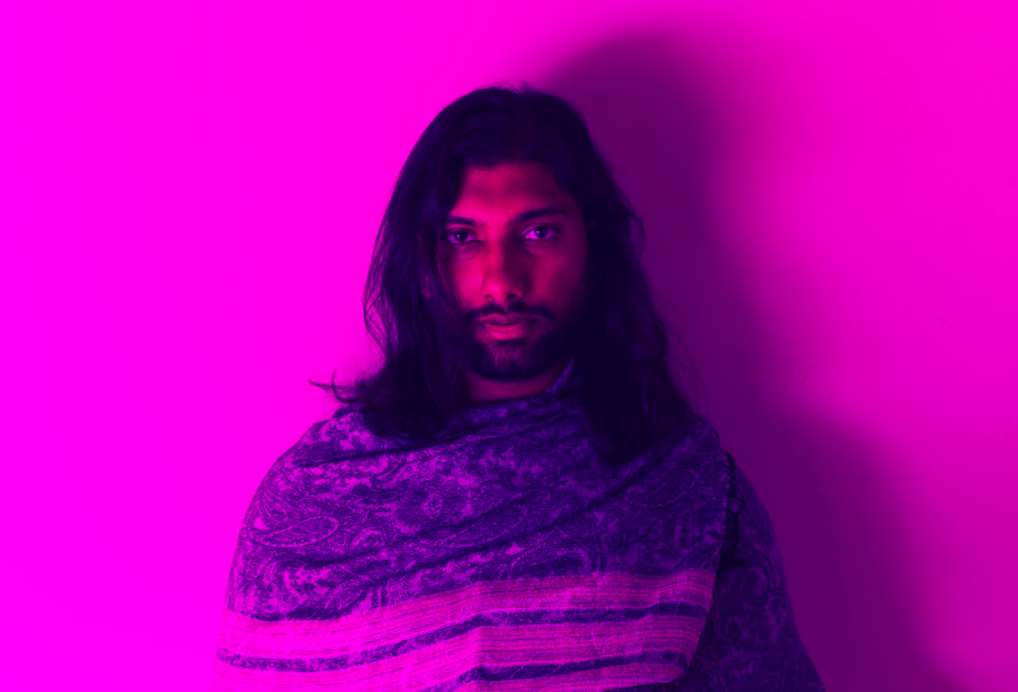 Humans have been blessed with a life that serves as a blank canvas. The life people spend a picture they paint. Their minds are the artists, and their actions are the brush strokes.

The human mind is powerful, and if used in the right way, one can take the right actions at the right time, achieving that perfect brushstroke. People, regardless of their origin, dream. These dreams are a result of a person’s mind being ‘creative.’ No one in this world can say that they are not ‘creative enough’ because their own lives are a reflection of their unique mindset.

Creativity is innate, and the different approaches people take are its product. The only limiting factor of one’s imagination is their own mindset. The way one thinks and observes things around them is a determining factor of the quality of life they spend. The only way to ace the game of life is to believe that ‘creativity knows no boundaries.’

Serving as an example is the multi-instrumentalist, rapper, and singer, Umraan Syed. With a diverse professional portfolio, this music artist stole the spotlight with his debut “(Whispers)”. The song caught the attention of music fans as it brought with a music type unknown to the human ear. It is Umraan’s signature melodies, powerful lyrics, and impactful voice that combine to make him a prominent entity in the world of the American music industry.

Music that Combines a Multitude of Genres

Umraan Syed opened his eyes in the house of Raoof Syed and Iffath Syed, on December 4, 1991, in Hoffman Estates in Illinois. Since his childhood, music was his constant companion. The connection Umraan felt existed between him and music is the reason why his music is soul-full.

Even though he holds a master’s degree in Business Administration, he wanted to pursue music as a full-time career. Growing up, listening to music was the reason why he deeply admires all genres, including R&B, hip-hop, jazz, indie rock, and other experimental sounds.

Little did Umraan know that he was going to bring to the music industry a sound that would open the door to an entirely different sound. Referring to his own music as ‘Progressive Hip-Hop,’ his tracks are a conglomerate of a multitude of genres. His music is a perfect example of how creativity has no bounds. He did not restrict his skills to a specific genre. Instead, he combined multiple genres to create something extraordinary, something the world did not know existed.

Music is one of the most powerful forms of expression. It lets people turn their feelings and emotions into anthems that help the listeners make it through life. Not all artists have the potential to make the listeners feel their emotions and relate to their personal experiences. It is artists like Umraan Syed, who possess the power to connect with his listeners to a high degree, the reason why his music is admired by people from every corner of the world.

After blessing the music industry with a powerful debut single, he released a 10-track debut album, “Bismillah” in November 2018. Each song of the album was written, produced, and performed by Umraan. Growing up in Chicago, the 28-year-old uses his music to share his experiences of his life in this bustling city.

Millennials and Gen Zers often choose music as their escape from their tough life, and Umraan aims to address this group of listeners. His tracks from the album are described as progressive hip-hop that has influences of jazz, R&B, old and new school Hip-Hop, Indie Rock, Classic Rock, Experimental, and several others. The ten songs on his album include; “Free,” “(Whispers)”, “Who Am I Becoming,” “Glorious,” “With All Due Disrespect,” “Shadows,” “Romance of Sin,” “Moments of Clarity Define Life ai its Truest,” “All the Same,” and “Closer.”

He started working on his debut album in 2017, and it took him an entire year to finally release it. The way his album creates an impressive mixture of genres is proof that the young artist worked tirelessly for it.

Umraan’s music has the power to create an immersive experience for a listener that takes one on an emotional roller coaster. It was something that Umraan thought was missing from the music world, and he took it upon himself to create exactly that. He states, “My main intention in making music was to make something that I could listen to in the car. I had a certain sound I wanted to listen to but couldn’t find it in other artists, so I was like okay, I’ll do it myself. That was the starting point.”

He hopes to spread love, positivity, and comfort among his listeners. Even though his songs revolve around heavy and dark themes, he presents in a manner that helps his listeners go through life. When asked what he hopes to achieve from his ‘unique’ sounds, he replied, “At the core of my art, it’s about bringing comfort and understanding to the listener and taking away any sense of hopelessness they might have in this world by thinking they’re alone.”

The multi-genre artist, Umraan Syed, is the owner of a sentimental and conscientious personality who looks upon the unsung heroes as his inspiration. He realizes the challenges these individuals go through, and he uses them to inspire all people struggling through life. At present, Umraan is working on his second album,” House in the Vines,” that is set to be released on December 4, 2020. The way this man combines a plethora of music genres and his diverse professional portfolio is an example for the world and a reflection of the phrase, “creativity knows no boundaries.”

Kayo 40: The young musical and hip hop artist raring to be at the top of the game and making his unique name across the music industry of the US.