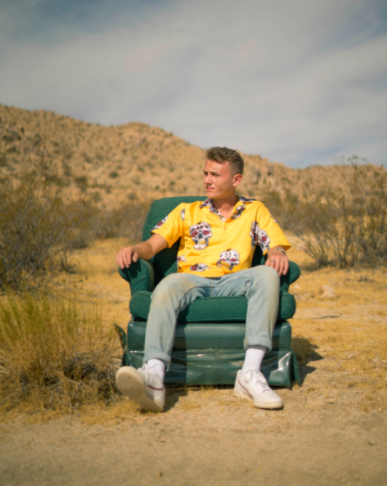 Columbus-born singer-songwriter, Hunter Powell is getting some much-deserved buzz on social media. After releasing his song “Iky” as part of his latest EP, “I Knew You” earlier this year back in February, his songs have been prominently featured in the popular mobile app Tik Tok with fans of his music dancing to the magnetic beats of his latest track.

The 25-year-old singer-songwriter also released a brand new single called Numb Thing last December, with no hopes of slowing down, Hunter Powell is determined to put his music out there for the world to enjoy. In February of 2020, he finally released his most ambitious project to date, an EP called “I Knew You,” which his fans have been eagerly anticipating.

With music that stems from real-life situations and his own personal struggles, Hunter Powell captivates his audience through his cozy beats slathered with smooth instrumentals and catchy lyrics. He typically produces his music on his own, but for his latest EP, “I Knew You,” he collaborated with top American record producer Bkorn. A well-known American producer who has collaborated with the likes of Chris Brown, DJ Khaled, Travis Scott, Lil Wayne, just to name a few.

With five memorable tracks that put his chilly vocals in display alongside a sleek production by Bkorn with lush harmonious R&B rhythms, Hunter is elevating his style in more ways than one. With his snazzy signature beats and echoing lyrics, Hunter continues to write songs that inspire people by sharing his own personal experiences through his lyrics. There is something in his music and lyrics that makes people relate to the kind of honesty that he brings.

Making new music and putting it out on various music platforms isn’t the only thing that’s keeping Hunter busy. Nowadays, Hunter is looking forward to performing to a bigger audience and inspire even more people with his music. He wants to put on a good show for the people that have supported him throughout his blossoming career.

With the release of his latest EP, only time will tell before Hunter Powell becomes a worldwide phenomenon. Already amassing a certain following in social media platforms such as Tik Tok, there’s no doubt that with Hunter’s talent and potential, that he’ll definitely make it big in the music industry.

His recent collaboration with Bkorn, is a testament to his hard work and talent, considering the recognition that he’s garnered from one of America’s top producers, it’s safe to say that Hunter Powell has already made it to the big leagues.

The EP is definitely a record that you couldn’t put down even if you tried. Clocking in at a runtime of over 10 minutes, this snazzy record is perfect for listening to over and over again just to experience the lush harmonies and amazing production. Hunter Powell is slowly making his way to the top as he continues to “make beats and sing on them,” as he so proudly claims.

And all of Hunter Powell’s songs are now available for streaming on Spotify, Amazon Music, and Apple.

D. Myke Shares the Secrets to Breaking Into the Music Industry