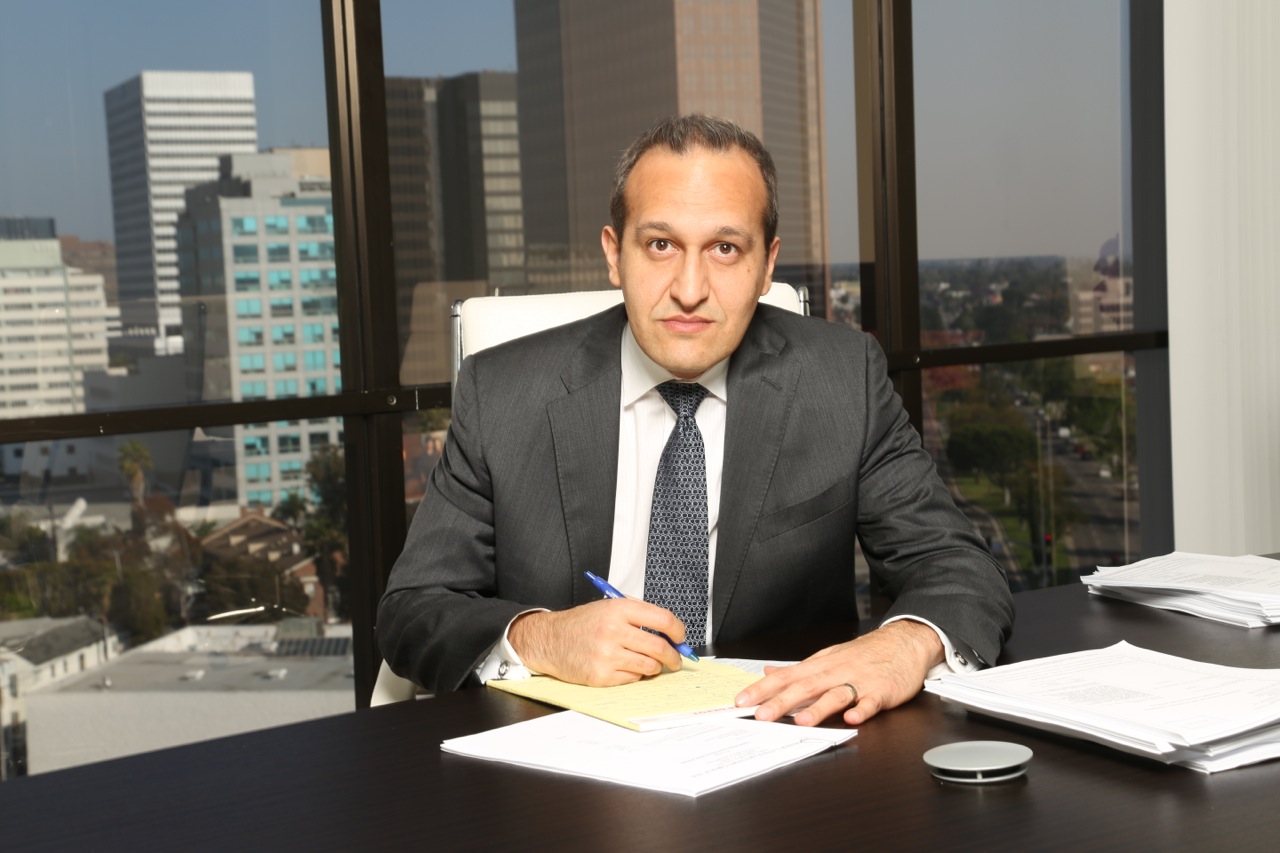 Los Angeles personal injury lawyer David Azizi has made it his mission in life to help victims of negligence in Southern California.

Born in Iran, but raised and schooled in Southern California, David Azizi is a consummate example of someone living out the American dream. As appreciation of all the good fortune he has enjoyed in the U.S. while serving as a personal injury lawyer in the greater Los Angeles area, Azizi has dedicated his life to standing up for the rights of others so that they can similarly live out the American dream.

“The opportunities that I’ve had here in America, being able to come here as an immigrant, go to school, become a lawyer and help people, has been amazing for me and my family,” said Azizi, the founder of the Los Angeles-based Azizi Law Firm. “I come from a country where people don’t have a lot of the rights and laws to protect people the way that we do here in the U.S. I tell people all the time, ‘You don’t know how good you have it here in the U.S.’ We have so many more protections and services here in the U.S. that are not available in others countries around the world.”

In that vain, Azizi has dedicated the past 23 years to helping represent victims of negligence and other underserved citizens throughout Los Angeles, Southern California and California as a whole. At the heart of his work is helping make sure that everyone gets the detailed and specific representation that they deserve regardless of their background or claim. Helping to ensure that others get a similar shot at happiness as he has had drives Azizi on a daily basis.

“Helping people is so important to me and that’s one of the key components that keeps me going every day,” said Azizi, whose firm specializes in vehicular accidents, slip-and-fall cases, brain and bodily injuries, workplace accidents, wrongful deaths and animal attacks. “When someone is injured as result of an accident, most people don’t understand the gravity of what will happen unless they are in it. The fall out might be that you lose your job because you can no longer do the work required because of injuries. When I’m able to get people the compensation they deserve for all of the heartache they have suffered and they can get the medical treatment they need, that’s so gratifying.”

What ultimately proves gratifying to clients is the fact that Azizi is really good at what does while representing the will of his clients. The organization “Super Lawyers” has selected Azizi as one of LA’s top lawyers six times, while Avvo recently gave Azizi Law Firm a “superb” rating and expertise.com named Azizi to its “Top 25 Injury Lawyers in LA” list.

Most importantly, Azizi’s firm can boast has a 98% success rate. He said his “boutique” firm is able to have those kinds of high standards because of the personal attention that it gives to each case. In addition to giving clients his personal cell phone so that they can call him with questions, Azizi said he is personally involved in each of the cases that his firm handles.

“Because we’re a boutique law firm, we can give specialized attention to every case, and we work them up personally and work every angle and leave no rock unturned,” said Azizi, whose firm’s website, AziziLawFirm.com boasts of clients being awarded settlements of $5.6 million, $4.9 million, $4.5 million, $3.7 million and $3.1 million. “We meet every week about all the cases and see what needs to be done. We’re able to maximize what a potential case is worth because we work on it day in and day out as opposed to those firms that have 1,000 cases. If maybe you only have 100 cases, you can give them your full attention.”

Azizi said he felt the call to help victims of negligence in Southern California because of what the area has always meant to him. After his family fled Iran, it spent time in Pakistan and Spain prior to being allowed to move to America. Following a year of
living in Maryland, Azizi and his family moved to Southern California’s San Fernando Valley to pursue business opportunities.

Said Azizi: “I knew that could not commit to working the rest of my life helping the insurance companies, especially when I had come from a country such as Iran where you don’t have the same rights and freedoms as people do here in the U.S.A!”

Azizi’s prior experience — combined with his in-depth knowledge of what judges look for in trials and how insurance companies operate while often trying to intimidate victims — he is able to use it while representing his fellow Southern Californians.

“L.A. is a great place and a great city and being able to help people in this city is so satisfying for me,” he said. “Especially being a foreigner myself, and having immigrated from Iran — a country where you don’t have many rights — it means a lot to me to come here and protect people and keep them safe. That’s the rewarding part of this job that I love so much.”

5 Things to Consider Before Starting a Mixed Martial Arts Studio