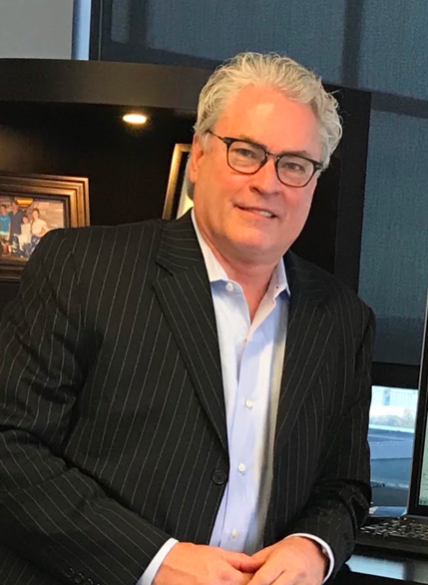 Deciding which career to pursue can be a challenge, and it can be more difficult when an individual has multiple interests. Many people are fortunate to be working in their dream jobs, but some are not satisfied with their professional lives. This can happen when dreams and passions are not limited to a single field of interest. Passionate people want to make the best of their lives. One man, with multiple passions and interests, Craig Steven O’Dear, has not only pursued his multiple passions but has also succeeded in his professional life. He is an example for people who let their minds limit their capabilities.

A Strong, Smart, and Confident Athlete

Craig was born on June 26, 1957, in northeast Missouri. His father, H.C. O’Dear, was a farmer on a hog farm south of Lewistown, where he spent his childhood. Craig’s mother, Martha Lou O’Dear, was an English teacher. Craig was a farm boy who completed his high school education at Highland High School in Ewing, Missouri. During his high school years, he was an athletic individual. He was a prominent basketball player, a track athlete, and served as a quarterback on the first-ever Highland High School football team. The first football team of the school comprised of the school’s star basketball players and farm boys who had never played organized sports. The season ended with a 9-0 record, which was a milestone for any sport in the school’s history. After the season, Coach Pat Wozniak stated the undefeated season would have been impossible without the strong, confident, and smart quarterback.

Craig’s mother kept a record of all his athletic achievements. In grade school, his father used to drive him to Quincy, Illinois, to play basketball on a YMCA team. His family and friends believed that he would pursue a career in sports. However, Craig had something else in mind, and he gave up his dream of playing in the National Football League. After completing his high-school career, Craig attended the Missouri University of Science and Technology on a football scholarship. He completed his bachelor’s in engineering in 1979.

From Engineering to Law

After graduating from college with an engineering degree, Craig was awarded a Patrick Wilson Scholarship to pursue a degree in law from Vanderbilt University. He graduated with a law degree in 1982. It was the beginning of his successful law career. He aspired to be a successful trial lawyer. In the year of his graduation from Vanderbilt University, he joined the Stinson Mag & Fizzell law firm. He was recruited by David Everson, who praised Craig’s confidence. After just 18 months, Craig got an opportunity to defend Hallmark Cards, Inc. and other defendants in the Hyatt Skywalk Collapse. He was to defend his clients against a $1.5 million claim of post-traumatic stress disorder.

It was during this trial, according to post-trial jury interviews, that he established himself as an honest, classy, and sincere lawyer. Craig was playing a pivotal role in removing the mistrust people have in law firms and lawyers. In 1990, he became a partner at a law firm headquartered in St. Louis, Missouri, Bryan Cave Leighton Paisner LLP. The expertise of Craig includes corporate legal matters such as intellectual property litigation, product liability litigation, commercial litigation, and class action lawsuits.

Craig’s expertise and confidence helped him get featured in Best Lawyers in America, Chambers USA, and Missouri & Kansas Super Lawyers multiple times since the year 2006. In addition to this, the Kansas City Business Journal has recognized the skilled corporate litigator and legal advisor as “Best of the Bar” in business and product liability litigation multiple times. Craig has also been named a Missouri Litigation Star by Benchmark Litigation.

Besides being an athlete, engineer, and a top American trial lawyer, Craig also offered himself for public service. In 2018, he ran against Democrat incumbent Senator Claire McCaskill and Republican challenger Josh Hawley for the U.S. Senate as an independent candidate. For his campaign, Craig partnered with Unite America and refused to caucus with either party if he got elected. Even though he lost the election, he gained respect as a candidate who spoke clearly about the challenges facing America today and identified a unique and creative path to a more effective government.

A Man Who Speaks for Those Wrongfully Convicted

American prisons are filled with more than 20,000 people who are serving a punishment for a crime they did not commit. Craig has served on the advisory board of the Midwest Innocence Project, which is a non-profit organization that exonerates wrongfully convicted people.

Craig Steven O’Dear is living his life with a diverse portfolio. He was an accomplished athlete during his school years, which helped him acquire a scholarship to study at an engineering college. After completing his bachelor’s in engineering, he acquired a degree in law and was able to establish himself as a top American trial lawyer. In 2006, Lawdragon magazine included Craig in the Top 500 Leading Litigators in America list. In addition to this, he has also been a private pilot for more than three decades, often flying to the farm where he grew up. He does not forget his childhood and takes his family, including his wife and kids, Sydney, Cullen, and Cormac, to his childhood hometown. Craig O’Dear is an example for the world; when there are passion and determination, one can turn all their dreams into reality.