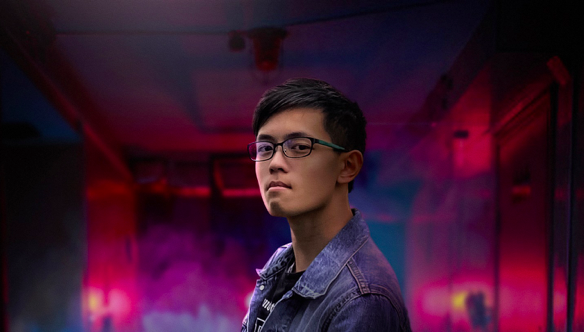 A new and innovative cultural trend has begun in the realm of rap music and Singaporean Hip Hop with the entry of a 16-year old rapper Its21Master. It certainly is the latest musical revolution.

The enthusiastic support of this new trend by the music lovers proves that the people, by and large, welcome new elements in the rap and Hip Hop domain. What is most noteworthy, Its21Master wrote the songs and recorded them at a home studio in Singapore.

On a critical assessment of the latest musical creations of Its21Master, it becomes very apparent that Singaporean Hip Hop and Asian rap music are poised for a massive transformation. It is also getting youth-oriented.

This has helped in the evolution of a new socio-cultural phenomenon in which Singaporean Hip Hop and rap music take the lead. It is here where the unique lyrics of Its21Master play a very dominant role.

Hip Hop and rap are always evolving. This has been made possible over the years due to the blending of new musical ideas in it. Naturally, the current world of rap and Hip Hop is a result of years of a mixture of newness in it.

Hence, the new trend initiated by the young Its21Master certainly can be dubbed as the beginning of a new era in youth-centric music. It must be appreciated here that Its21Master had created major flutters in the musical world within a very short time.

He entered the world of rap and Singaporean Hip Hop when he was only 14 years old. However, within just two years his tracks became very popular in Singapore and other Asian nations. This can be substantiated by the fact that his debut single Thrown in your Face became an instant hit due to its lyric and rhythms.

We all know rap music and Hip Hop is the field in which it is rather difficult to get instant recognition due to hits. But the success of Thrown in your Face and another revolutionary track Like a God proves it beyond doubt that their quality must have been very good.

Otherwise, the people would not have responded massively on positive notes. Here, the qualitative aspect becomes very much dominant. Besides, the two numbers also made him come close in contacts with other famous artists like Joey Nato and Vic Rippa.

Released in 2019, Like a God was produced by Kontrabandz along with Lil Edd. The success of this album can be measured from the fact that it received the attention of Spotify soon after its release.

Spotify curated the track into its Beats and Rhymes selection. The young rapper and Singaporean Hip Hop artist Its21Master was greatly inspired by Busta Rhymes, DMX, and Eminem.

Just as one success leads to another one, Its21Master succeeded in getting the chance to work with Grammy-nominated engineer, Beau Vallis, and Lil Edd. As a young artist, he now has established himself and its latest example is Little Things.

Just a few months ago, Little Things was released by Its21Master. It received over 10,000 streams within just one month. Likewise, his Step Down and Supersize also gained massive popularity due to their liveliness.

When we at California Herald interviewed him about his struggles in his rap career, these were his exact words.

“Sometimes people around me don’t exactly support my music. They used to make fun of me and tried to bring me down. But now I’m here making hits and enjoying life. It isn’t easy doing music with academics, but I will keep on persevering.”

The year 2021 is also poised to find some new works of Its21Master. Currently, he is working on them.

Netflix: Bridgerton is its biggest drama series ever!

10 things You Didn’t Know About Ajdaguru