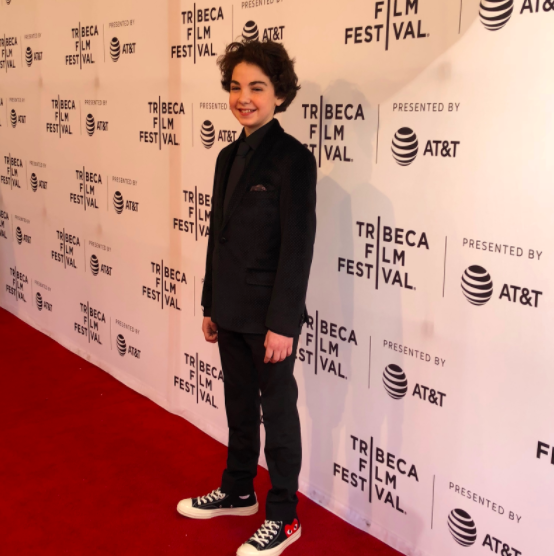 Kids have many dreams when they enter their  teenage years.  Samuel Mori “Sammy” Voit, a 15-year-old American actor, is rocking the entertainment world with his acting talent and his determination to make a difference in the world. He started his television career, when he was just 10 on  the tv show, Food Network Star Kids. Since then, the teen actor has been featured and has showcased his talent in many TV shows, films, commercials, and music videos.

The Jewish descent actor was born in the Bronx, New York in 2005. Voit says that “…acting is an amazing creative outlet where I am able to express myself and tell a story.  It is just who I am.” Voit says that he is using his skills to make a difference.  “As a kid, it’s hard to be heard sometimes; it’s difficult to make an impact.”  In addition to making a splash in Hollywood, Sammy Voit has taken his passion for the camera to “…to give individuals who are homeless a chance to speak out.” Voit has been working on a documentary since 2017  called The Bus Stop.  In making this documentary, he has interviewed over a hundred individuals, some homeless and others not.  “I wanted answers to questions like who are homeless people and how different are they from me? Why are there so many of them in the same situation? Why don’t people stop and help them? Why didn’t I stop to help them?  It was at this time I decided I was going to make a commitment to address this problem, raise awareness and implement solutions.”  Voit says his research has led him to the  conclusions “…that mental illness, addiction, financial troubles, sadness, embarrassment, humility, relationships and violence exist regardless of being homeless.   The main difference between my homeless friends and myself is that people without a support network are the most at risk for homelessness.  Everyone has difficult times, and everyone makes mistakes. Who do you turn to when you need help? Are you alone?”    By sharing the stories I have recorded,  I want to help build up  support networks for homeless individuals.”   The Bus Stop is set for release in 2021. Voit’s interest in cooking has resulted in him appearing in a number of cooking-based TV shows including Masterchef Junior, Chopped Junior, and Food Network Star Kids. The teen actor has won many nominations and awards for his work in TV shows and films.

Voit played a young boy in the film, To Dust, which  won the Grand Jury Audience Award at the Tribeca Film Festival. In 2020, Nannyhood, in which Voit portrays one of the “Nanny’s” children, was nominated for Best Screenplay at the Independent Spirit Awards in Los Angeles.  Voit’s latest project is in the Happiness Begins Tour and the film Happiness Continues, in which he stars as young Kevin Jonas.

Sammy Voit has set an  example for all those young people who want to make a difference in the world. The young American actor has maintained the optimal balance between his screen career and life. He has proven  that acting is more than just a skill but rather an integral part of who he is  and he is working on showcasing that to the world.