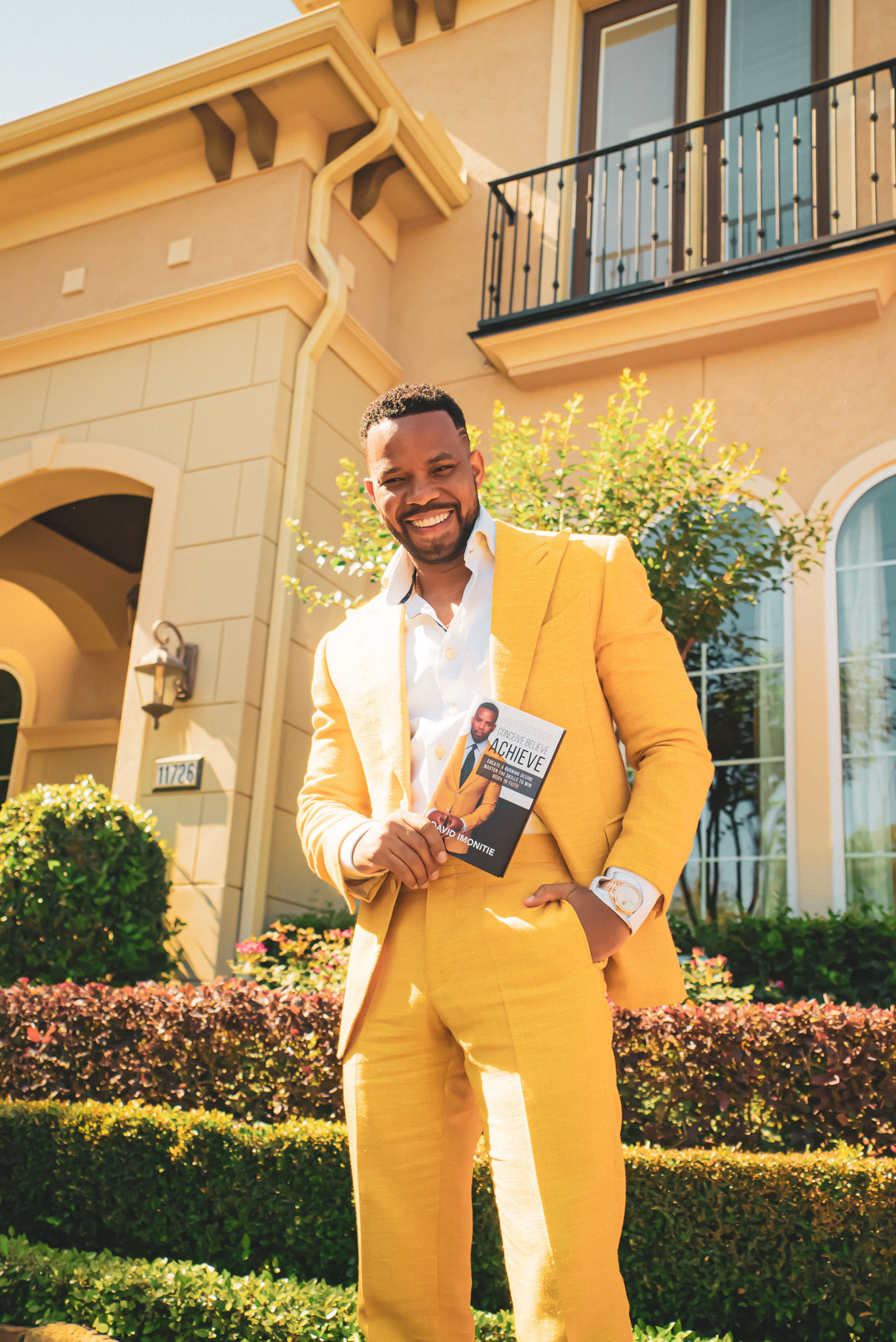 Moving to America at the age of 10 from a third world country like Nigeria probably gives you a clue about the hardship one would face in the years to come. Bearing all those harsh times and continuous struggles, with persistence is something that is required to turn your circumstances in your favor. It was the Year 1993 when young David Imonitie Jr. newly transitioned to America, the country where dreams come true, with his family. Despite making his way through the education system all the way up to college, it was not as smooth as it may sound, mainly due to the ethnic challenges he faced. However, David was able to excel in sports throughout his schooling years, which lead him to become the star player of his high school basketball team and later went to Shaw University on a tennis scholarship.

Despite all of the circumstances gradually improving and finally starting to make sense for David, he was still somewhat unsatisfied. “I went to university just because of the norm of society”, said David in an interview. Deep down he had something bigger forming. He was constantly thinking for the betterment of not only his life but also that of others. Ultimately, he dropped out of college and began his entrepreneurial journey. In the beginning, he had to face many hurdles, but he continued to move forward believing that one day it would all work. And that day sure did come, as we now know of him as a multi-millionaire, serial entrepreneur who has made a strong portfolio in investments of different kinds – real estate, personal coaching, counseling, mentoring, and public speaking. He is known today for his exceptional skill of sparking that zeal and enthusiasm within the eyes of people that makes them earn millions of dollars. So far, he has grown multiple people to that 6 and 7 figure income mark and has also helped several companies earn close to 3 billion dollars in sales. “I categorize myself as a revenue catalyst”, says David. And there is no second thought in it. All of his portfolios are quite transparent, and anyone can easily look him up to see evidence of his success. In fact, it is his diverse yet equally glorified portfolio that has attracted so many clients to him and he continuously has made exceptional progress ever since.

However, in the beginning, the situation was not even close to being that good. He had to use his father’s car to commute and meet with several people every day just to improve and expand his newly established entrepreneurial activities, as he first could not afford his own car. He kept knocking at the door of luck with the hands of hard work and persistence and finally he was let into the great hall of success. David’s first business venture was working with a network marketing company, but like most new ventures of the world, that didn’t go as planned. He then moved on to selling insurance policies and finally molded his sales career into being a travel agent. Right from becoming a travel agent, David finally moved to a coffee selling business. There he had his first success and eventually he started making big bucks from it. Being a coffee enthusiast himself, he excelled at this job. Eventually, David generated his first million by the time he was 27! Quite a young age to be a millionaire, even by today’s standards. Right from that point, there has been no looking back in his career. See, that’s the take-home lesson for all the millennials out there; you have to have the stamina to switch lanes and start afresh, just in case things don’t go as you planned.

Being a father of two, in his early twenties, David had it all established in his mind that he did not want to do the typical 9 to 5 job, that would just earn him a minimal salary, leaving him with no long term security or lifestyle flexibility. From the very early stage of his journey, he wanted to make a difference, he wanted to do something that would impact the lives of people and that could be remembered for years to come. After having his initial success, he started making smart investments and built up his investment portfolio. He also had ups and downs in this regard, like after 2012 when he was impacted by the economic recession, but he again rose to the mark.

Alongside the public speaking and mentoring, David also owns an ambulance company and a home welfare trust by the name of iBelieve Foundation, as charity is a huge element of his values. Despite all the success David is now seen for, it is really only 1 word which separated him from his peers that we can all take away from his story: Consistency!