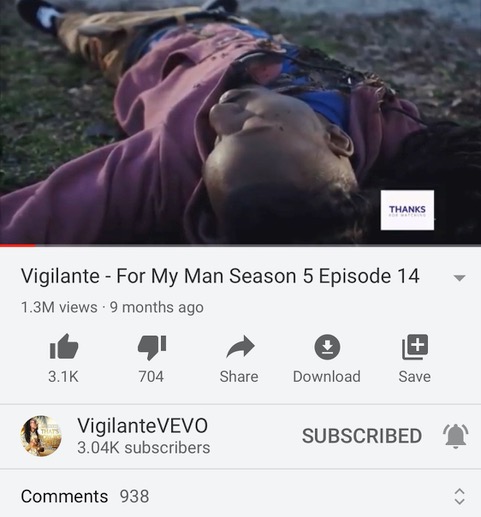 If theres one thing every actor will never forget in their career, it’s their very 1st television lead. This is often the first time that you are introduced to the general public. Most things about Vigilante’s career is uncommon and this story is no different.
After about 3 years of doing background work Vigilante began to invest in his acting career a little more than his music. He began to see immediate results. From having a music career before an acting career Vigilante became use to everything being a very slow process so the speed of landing the lead on For My Man was very shocking. After only a month of Vigilante’s next investment strategy he received an email that he had landed the lead role on For My Man as Marcus Ellington.

After receiving the booking Vigilante still could not believe that he was about to drive 3 hours, check into a 4 star hotel and film as the lead on TV One. No acting class could honest prepare you for this moment. Smiling from ear to ear the entire drive Vigilante’s nerves begin to calm after learning he has no actual lines. The entire show is voice over and reenactment. After checking into the hotel Vigilante immediately said a prayer thanking god for safe travels and the huge transition in his career.

He got to set a day early so he was able to use the whole day for relaxation in the hot tube, work out room and great food compliments of the hotel. Before being booked Vigilante had never watched a full episode of For My Man so he spent the entire night before set watching a For My Man marathon. The next day was the first day of many first days to come. Once arriving on set Vigilante noticed the crew and other cast members where very chill. In Atlanta Vigilante was used to a very fast paced and hectic work environment but this was the total opposite. On this day Vigilante had to drive a movie car with no green screen simulation. You have to watch the episode in order to understand why. After only a few takes Vigilantes day a filming were done. He could not have been on set for anymore than 3 hours, including the hour he had to film later that same day. The average film day in Atlanta consist of 10-15 hours so this was amazing to Vigilante. Hearing his name over the walkies were also icing on the cake for him.

On the 2nd day of filming Vigilante started off the day on the cold hard ground as a dead body. After 2 hours on the ground his who body went numb. Next Vigilante had to film with 2 scene partners then film the final scene with a total of 4 scene partners. There was suppose to be a 3rd day of filming but everything was shot in the first 2 days so this became another vacation day for Vigilante.

Leaving Knoxville Vigilante already ready to go back. He had no idea when his episode would be fully edited and ready to air on TV One. Two months later Vigilante was filming with For My Man again and as he returned to his hotel after set his first appearance on For My Man was premiering world wide on TV One.

This episode was highly favored by the fans and shot up to over a million views on VigilanteVEVO in no time.

Tune into Vigilante’s Instagram account @Vigilantelom for inspiration and to keep up with everything in his career. Also follow him on Snapchat and Twitter @VigilanteLom to keep up with how you can contribute in his community acts. In you want to catch up on all of Vigilante’s music, interviews, promotional visuals for his upcoming movies and advice on how to make it in the industry on his YouTube at Youtube.com/VigilanteVisuals.