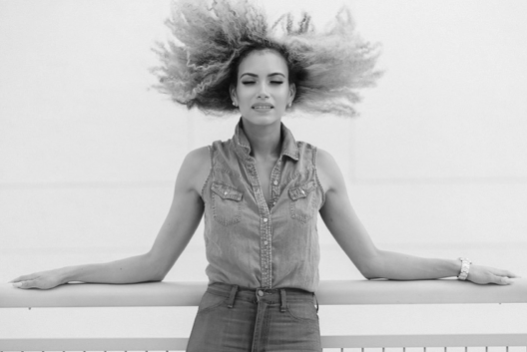 When it comes to achieving dreams, the right actions taken at the right time matter the most. The perfect plan with flawless execution will not work unless it is not timed right. Headstrong LLC, the brainchild of Danielle Mills, equips people with the necessary skills, helps them find a direction in life, assists them in finding the best ways and the perfect time to take action.

The mindset coaching company based in Miami, FL, was founded by a woman for women. The purpose of this company is to help struggling individuals find the right path towards their dreams. It focuses on helping women develop a ‘champion’s mindset.’ A Champion’s Mindset triggers a thought process that allows users to take the right actions at the right time.

Most women are trapped within a cage of thoughts which their mind creates for them. They let their mind control their potential and impose restrictions. It is due to these imaginary boundaries that women end up taking the right actions at the wrong time.

While all women are powerful, the ones that have the potential to plan out their moves smartly have a greater chance of fulfilling their lives’ purpose and come out as successful personalities. It is purely a game of mindsets and the thought process. Danielle Mills, who has a decade-long tennis career to her name, realizes the significance of the way a person thinks.

Even though the people across the world are trying to beat their competition, they overlook one of their biggest competitors – mindset. A person who can control the way they think have the potential to come out stronger than ever. Their ability to think from a champion’s mindset makes them capable enough to not only draw up an effective plan but also smartly strategize its execution.

Serving as an example for women across the globe, Danielle learned the lesson while playing tennis. It took her ten years to understand that her biggest competitor is her mind itself, something many people fail to figure out in their lives.

HELPING WOMEN CHANNEL THEIR POTENTIAL ONE STEP AT A TIME

The stereotypical mindset of people drives the actions of most women. Instead of building a strong thought process, they let others guide their life’s path. It takes away their ability to dream, think, and build a successful life for themselves. In addition to this, it forces them to rely on people around them.

Lack of confidence, loss of direction, and not believing in their own capability crushes the dreams of many women, lowers their confidence, and takes away one’s passion. Headstrong LLC is a company that works to help women regain their lost confidence and provide them with a chance to build better lives for themselves. The concept of this company was coined by Danielle herself after she learned the secret to success.

Started playing tennis when she was just two years old, this woman did not rest until she developed a prominent identity in the sector. She was extremely passionate about the sport, but she is one of those individuals who want to share their successes, knowledge, and understanding of this world with the people around them.

After acquiring the 195th rank as a junior, a WTA Career high singles ranking of 583, and a WTA career-high doubles ranking of 509, she decided to give up on her passion with an aim to start a movement. She realized that many women across the world were struggling in life, and building their dream life was nothing but a farsighted thought, something unachievable. To change the lives of these women and to give them a glimmer of hope, she founded Headstrong LLC  in 2019.

Every woman has the power to build a successful life, and all they need is a push. The mindset coach is working to provide these women the push they need in life. Women need to fight their fears, break free from the stereotypical mind’s cage, and live a life that makes them happy. She does all that through her platform, Headstrong.

In addition to helping women channel their power one step at a time, this powerful woman is working to help people establish themselves as strong entrepreneurs, especially women. Every woman deserves to live a life as per her wishes and to fulfill their entrepreneurial dreams without worrying about what the world will think of them. Danielle Mills is ensuring that every woman achieves that by helping them develop the skills to take the right actions at the best and most suitable time, which is crucial for their success!

Trading in the Forex and Stock Markets – Circle of Wealth Group