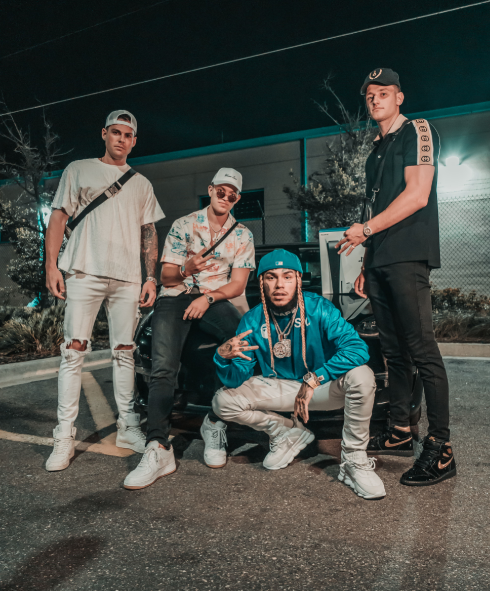 From their top-tier consumer technology brand to their elite personal branding company, marketing brand, HighKey doesn’t do small or ordinary. The marketing agency and its sub-brands are all about working with the most dedicated, unique, and influential people in their respective markets. Founders and brothers, Jordan Luke and Jackson Lintz, say their goal is to become the world’s biggest and best marketing agency.

In their first year, the company’s giveaways included iPhones, top-of-the-line headphones, and other prizes. HighKey Clout has also partnered with some impressive personalities in their first round of giveaways, including Kevin Hart, Bella Thorne, Trippie Redd, Lil Pump, BhadBhabie, Lil Yachty, Dababy, and Rich The Kid. After growing its Instagram followers to over 650,000, the company has partnered with controversial rapper, 6ix9ine for what will be their most historical giveaway to date.

Get Set for Success

Often, one of the first items a person buys for themselves when they find success is a high-end vehicle. One that helps them express their style and personal values. One of today’s most sought-after, high-end vehicles is Tesla.

Besides being the brand that has paved the way for electric vehicles as the market continues to be saturated with gasoline-powered ones, Tesla is also famous for being one of the fastest accelerating cars on the market. Headed by Elon Musk, Tesla is known for being both a genius and the most innovative brand since Google. Musk made Tesla with revolutionary technology that sets each car apart from any other vehicle out there. The vehicle’s sleek and otherwise minimalist design makes it a chic option for any successful entrepreneur or businessperson who wants to drive in style.

Live Life in the Fast Lane

Like most hip-hop stars, 6ix9ine has bought himself a fleet of luxury cars that help him express his unique personality. Now, he’s looking to share the wealth and spread the joy that one can only feel when cruising around in their own high-end vehicle.

In HighKey Clout’s biggest giveaway yet, 6ix9ine has partnered with the company to give away a brand-new Tesla to one lucky. The colorful rapper is infamous for living life in the fast lane. He’s sponsoring this historical HighKey giveaway to help the winning contestant drive off like a superstar.

Enter the HighKey Clout giveaway sponsored by 6ix9ine for a chance to win the most exciting prizes in the brand’s history. 6ix9ine will be promoting the event on his official Instagram page throughout the month. For additional details and entry rules, followHighKey Clout and 6ix9ine on Instagram.

5 Standard Furniture Pieces for Your Next Master Bedroom Set