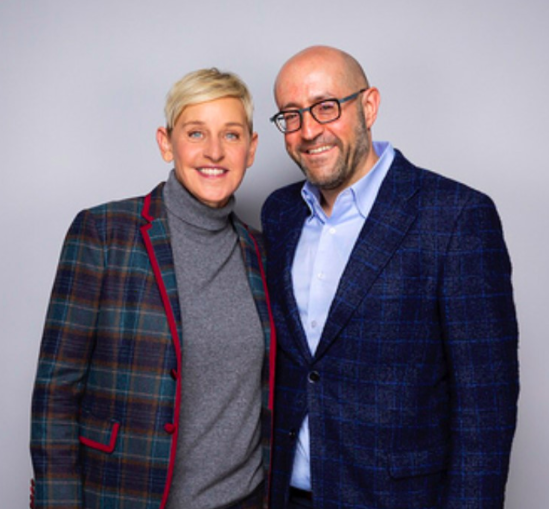 Since December 2019, the coronavirus which has developed into the coronavirus disease (COVID-19), is first and foremost a human tragedy, which has affected billions of people across the world. Not only have we seen death and illness, but we’ve seen in every sense of the word, what it means for our world to practically “shut down.”

The words “social distancing” and “self-quarantine” should already be making their way into Webster’s Dictionary and other scholarly resources for future generations to read. For the past four months, we’ve watched as this disease has progressively gotten worse, with cities in the U.S. like New York, California, Texas, and Ohio suffering critically.

We’ve begun to see the rapid decline and ultimate failure of industries as a direct result of the outbreak, as the world has been forced to self-quarantine and abide by federal rules and guidelines surrounding “social distancing”.

Yet, here we are in 2020, where movements like women empowerment, women in tech, and #MeToo have become so ingrained in our culture, that this year was supposed to be top-notch. Think about it. The fall of Harvey Weinstein definitely had a major impact on the Hollywood corporate structure, with Weinstein recently sentenced to 23-years in prison after being convicted of rape and predatory sexual assault.

There even seemed to be some light at the end of the tunnel as between music artist Taylor Swift and her on-going legal battle against Big Machine Label Group and Scott Borchetta. But now, the world is in disarray and what do we have to show for it?

Evidently, the abrupt fall of Weinstein and the like, from the worlds of business, entertainment has seemed to finally capture the attention of those who have walked in the shadows of these high-profile individuals. 2020 was supposed to be a year for growth and change, as highlighted by this year’s 15th Annual Rosenzweig Report.

For 15-years, the search firm and talent agency, Rosenzweig & Company has meticulously tracked the number of leading women in named corporate positions in Canada’s largest companies in its Rosenzweig Report.

The Report looks at the top 100 largest publicly-traded corporations in Canada, based on revenue, and examines how many of the top leadership roles are held by women, primarily C-Suite organizations. These C-suite leaders of industry – CEOs, CFOs and others – play a key role in hanging corporate culture and enhancing diversity.

In the company’s first year of operations, only 23-women were discovered and identified at the top echelon of Canada’s largest public corporations. So, in 2020, it would make sense for the number to have grown, right? ‘

Sadly today, that number is now at 43…out of 538 named executive officers (NEOs).

The Report also went on to reveal:

We spoke with Jay Rosenzweig, managing partner of Rosenzweig & Company about how COVID-19 will continue to impact 2020 going into 2021.

“My impression is that opportunities continue to open up for women. Canada of course has a strong track record in terms of female artists – names like Joni Mitchell, Alanis Morrisette, Shania Twain and Alessia Cara come quickly to mind – but we lagged in terms of female producers and industry executives. But this is begging to change.”

“In some ways the music industry is like the tech sector – it has been something of a boy’s club. So that needs to continue to change. But another issue is funding. In Canada there is significant support for the traditional musical genres, like the symphony and the opera, in the form of government grants and the like. And I think that these things are important.

But I think there should be more support and funding across a broader musical spectrum. It should include some of the more popular art forms, such as R & B and hip hop, which attract large and diverse audiences. I also think the idea of gender parity in music industry boards is important, because it could well lead to more females serving in senior industry executive roles.”

Obtaining dignity, respect and advancement for women is not just a woman’s issue, it’s a human rights issue,” Milano stated. “It requires including men and welcoming their help to change behaviour and perceptions. Jay Rosenzweig, through The Rosenzweig Report and his support for the #MeToo movement, shows that men can be important and effective allies and advocates for real change.”

As a musician and as one who travels the world practicing my art form, I have observed that collaboration and inclusion makes for better music and for better societies,” says Grammy and Academy Award winner, A.R. Rahman. “The Rosenzweig Report plays an important role in that regard because it tells us how far we have come, while also reminding us of how much further we have to go.”

“Rapid change has been elusive, and this year’s numbers are disappointing,” said Jay Rosenzweig, managing partner of Rosenzweig & Company in an interview with Hunt Scanlon Media. “However, my personal belief is that this is a moment in time where technological forces and social pressure are setting up the ‘perfect storm’ for a massive leap forward. But it will take bold and courageous leadership to get there. We owe it to ourselves and future generations to seize the opportunity. We can’t sit on our laurels if we are to achieve our dream when leaders will simply be leaders, not male or female leaders.”

So, why is CFO the most popular executive position on this year’s list? We asked Rosenzweig himself:

Our surveys over the years have shown that women in executive positions at companies are disproportionately concentrated in non-operational roles. While these are often mission critical functions such as human resources, marketing, communications, finance and legal, they are rarely a launch pad to the top job because they lack profit and loss responsibility. And CFO is often one of the most commonly held non-operational roles.

Women have been, and currently are, significantly underrepresented in P&L functions. A joint study by LeanIn.org and McKinsey confirmed this is an issue endemic to business generally. They found that by the time women reach the SVP level, they hold only 21% of the business line leadership positions that could put them on the CEO succession list.

I believe getting more women to aspire to these all-important positions is only part of the solution. Senior corporate management – still predominantly male – must actively encourage women to take on these roles and mentor them.

We know women can be successful running businesses, if given the opportunity.

What’s In Store for Next Year?

As in regards to the 16th edition of the Rosenzweig Report, so much has been put on hold in the corporate world given the pandemic, that Rosenzweig believes that the numbers are unfortunately likely to be flat in terms of progress of women in business.