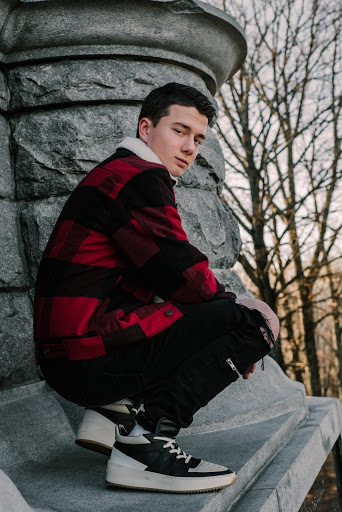 Isaiah Wallace, better known as hip hop artist Justzai, has been pursuing music for as long as he can remember.  A Tennessee product, he grew up in the inner city of Chattanooga and developed a love for hip-hop through middle school rap battles.  Introduced to music at the age of 2, his quick connection with it led him to begin recording at the age of 12.

Since then, Justzai has strived to make a name for himself in the music industry and, though currently an independent artist, he has hit over 100,000 streams on Spotify.  The last four years have seen a partnership with mentor and audio engineer Abdias Joga of Breaker 17 Studios.

Justzai’s upcoming project is a 10-track album entitled Here We Go Again.  He revealed in an interview that he named this album such, “because it is set to show each different style of Hip-hop.  It brings a new style to each one, thus giving it the name”.  This confidence to put his own spin on the genre is showcased in the message he hopes to portray through his music.  He emphasizes, “I want [people] to see that even if you can’t find your comfort zone you can make a new one”.

You can find Isaiah Wallace on Instagram here @Justzai_

Video 4.0 is the next Big Performer in the Industry to look out for