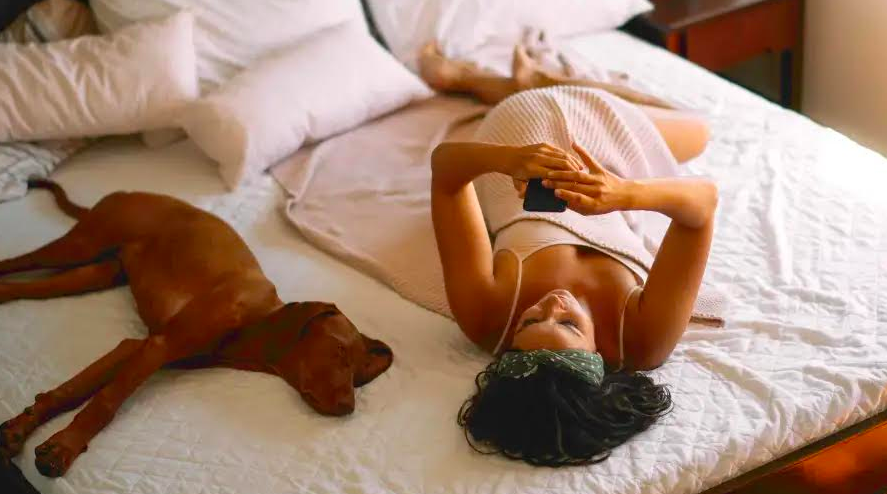 I’m no mathematician. Truly, I’m not. I was a theater major, and my math class was called Survey of Mathematical Thought, and I made a C. But I think social distance, plus the benefit of having access to technology, plus time on our hands is the perfect equation for a budding romance.

As Emma Watson once put it, I am self-partnered, and as a self-partnered woman living in New Orleans, which has quite a high percentage of singles, I can’t help but wonder what social distancing will mean for the dating scene. Will people still meet up in person and risk the health of themselves and others? Will dating come to a screeching halt? Will potential matches understand when we declined their offers to grab a drink in favor of staying home in our sweatpants and screaming into the void as we watch This is Us? I mean, in favor of staying home and self-isolating?

The End Of The Booty Call

I was in bed one evening swiping through dating apps and answering the question, “How’s your quarantine?” when I had a realization:

What are men everywhere going to do for the coming weeks if they can’t match with a woman and ask her to meet him for a drink after only exchanging two messages, one of which is “hey lol”?

What are men going to do if all they can do is talk to us without meeting us?

What are men going to do to ensure the person they’re crushing on doesn’t lose interest over time? Ask her questions about her life? Text her midday to see how she’s doing? Attempt to woo her?!

A New World of Dating

Communication and effort put into dating have fallen by the wayside over the years. It’s not to say that romance and courtship don’t exist, but they’re few and far between. We can blame the fall of old-fashioned romance to the rise of social media or being inundated with potential partners on dating apps, but I think the true reason is that we’ve simply become complacent. We’ve gotten a bit lazy. We kind of care less. If one match doesn’t work out, just delete them and find another one. That’s how it works, right?

What are men going to do if all they can do is talk to us without meeting us?

What if the fact that we’re staying inside and avoiding public spaces means that, instead of halting dating altogether, we shift our idea of traditional dating in public in favor of virtual dating instead?

What a Digital Recruitment Process has to Offer?