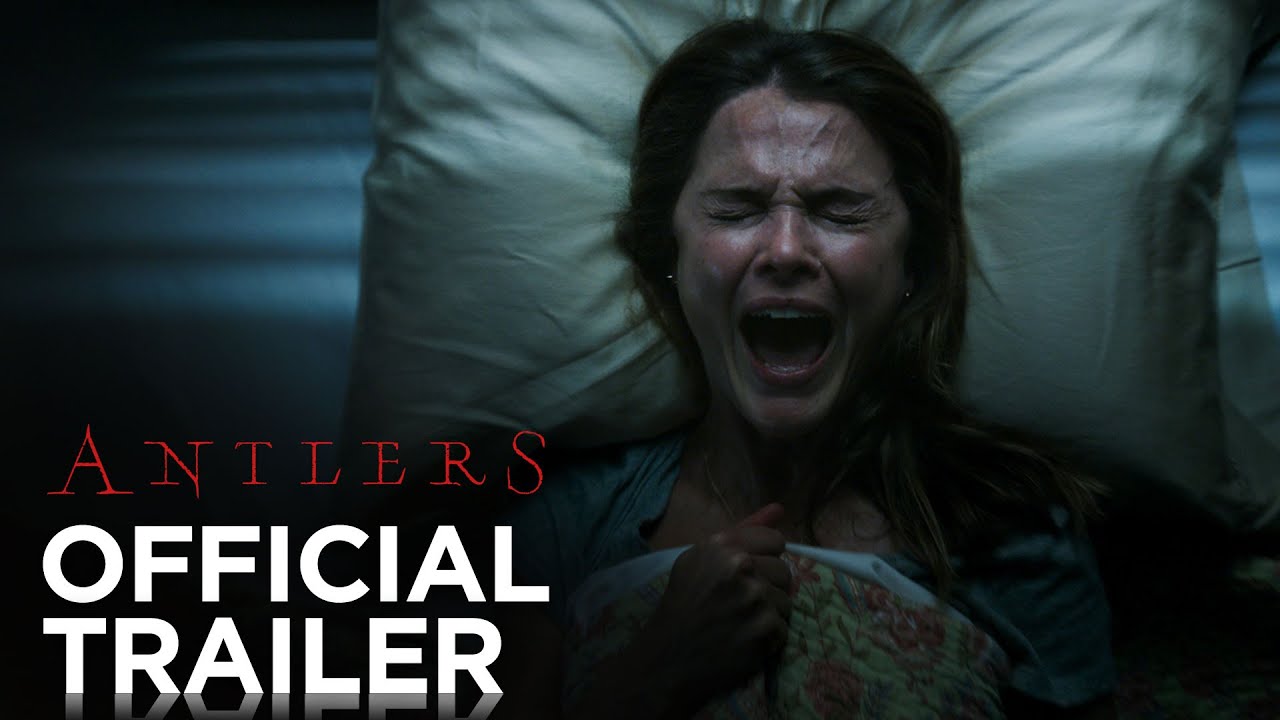 The Guillermo del Toro produced ‘Antlers’ is nearing release and Fox Searchlight has revealed the final trailer for the Scott Cooper directed feature film. This new horror film stars Keri Russell and Jesse Plemons in what looks to be an absolutely spectacular thrill ride. Russell plays a teacher, and at first, it looks like a young student has some problems going on with his life, which might be abuse of some sort, but it soon looks like they might be even more horrifying in nature.

We quickly learn that the young student appears to be feeding the remains of animals to something. Only, it seems to get loose as Plemons as the Sheriff states that he has discovered “part of a man in the woods” and “the other half was found in the mine.” This appears to happen once whatever is being fed escapes from the boy’s house.

You can check out the final ‘Antlers’ trailer at the Scott Cooper Fan Club website.

The trailer alone looks fantastic, and when you know that del Toro is involved, it just adds to the excitement at what we could see in the film.

Miami’s Scott Cooper co-wrote the film with C. Henry Chaisson and Nick Antosca based on the short story “The Quiet Boy” by Nick Antosca.

It’s not the typical or traditional fare expected from Walt Disney Studios Motion Pictures but that’s changed after the Disney acquisition of Fox. The now-Disney-owned Fox Searchlight presented a natural nexus for the Cooper and del Toro tandem — after all Searchlight released del Toro’s Oscar-winning The Shape of Water as well as Cooper’s career-launching Crazy Heart.

Are you looking forward to checking out ‘Antlers’ when it is released? What did you think about the final trailer for the film? Share your thoughts at the Scott Cooper Miami Fan Club.