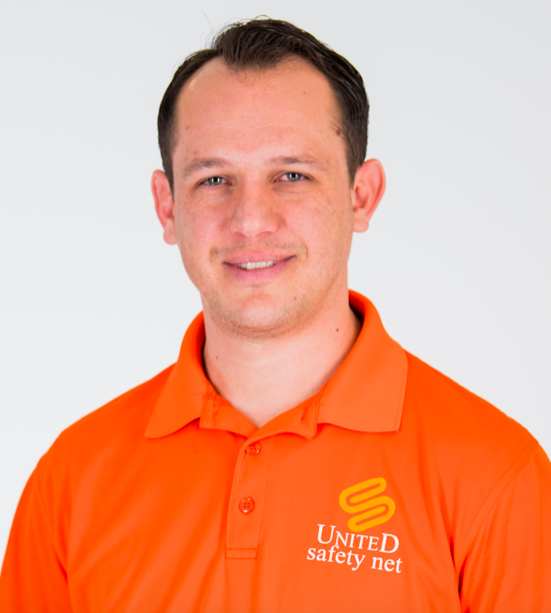 The area of Occupational Safety grew in importance on the international scene as workers understood that they could not be exposed to accidents arising from their occupations.

The advancement of technology, industry and infrastructure led to an increase in skilled labor that required well-defined processes of protection against accidents at work.

In 1970, OSHA (Occupational Safety & Health Administration) was founded in the USA. The Occupational Safety and Health Administration agency was created to minimize accidents and raise awareness of the importance of Health and safety measures in the workplace. In addition, the government has also created strict legislation and rules to be followed in order to decrease the number of accidents along with people who lose their lives in the work environment.

Within this scenario, the Brazilian Rony Jabour has dedicated his life- for  over  13 years- helping to protect workers in their daily tasks around the world.

Born in the city of Colatina, in the state of the Espírito Santo, Brazil, Rony began his career in 2007 in Boston, Massachusetts, United States. After attending one of the best American universities in the field of Occupational Safety, Keene State College, he completed two specializations at Harvard University. He then went to the best university in the world when regarding  job safety, the University of Texas, where he completed 2 Masters certifications, establishing himself as one of the most renowned professionals in the sector.

In 2008, he founded the United Safety Net International Institute, now the largest school of Occupational Safety in the United States, with courses in English, Spanish and Portuguese. With so many achievements, Rony Jabour is a benchmark for those who struggle  in pursuit of their goals. He is an inspiration to those who– as  immigrants – face obstacles and overcome their own limits.

Annually, the U.S. National Labor Safety Council holds an event to honor the 40 most important professionals in the field in the world, under 40 years of age (40 under 40 Rising Safety Star).

This year, one of the honored will be the Brazilian Rony Jabour, nominated by the NSC (National Safety Council).

Responsible for more than two thousand lectures on the sector in the United States, Rony recalls a memorable speech in his career, held in 2012 at Harvard University. On the occasion, he explained the importance of job safety, highlighting that his mission is to help save lives. He concluded his presentation by telling that select audience of Masters and doctors: “my job is not only to instruct, but to motivate the worker to be a person with a safety attitude, addressing issues that lead him to reflect when making a decision regarding occupational safety. I am convinced that my work has been effective and lives have been preserved”.

According to Peter Smith, Safety Trainer, Rony Jabour motivated many schools to change their certification system. He says that before Rony, all certifications were issued on paper, causing workers to accumulate huge paperwork for their proofs. In a pioneering manner, Rony implemented in his school a certificate in PVC card format, resembling a small credit card. Peter states that the impact was so great that it came to be noticed by the them, which then implemented the same system adopted by Rony Jabour in his certifications.

Rony Jabour is currently the # 1 OSH trainer in New England, USA, and is among the best and most requested job safety coaches in the country. The excellence of his work has international recognition, having already been featured in several news outlets around the world.

The world needs people like Rony Jabour who work for life. His example is worthy to be followed and deserves applause from all of us.

A Promise of Quality and Affordability From Twenty Beauty Foundation