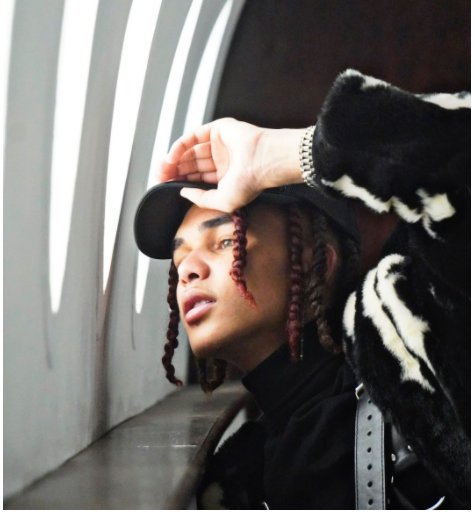 There are plenty of talented rappers out there. The music industry has seen a lot of these talented rappers crop up in recent years, but the industry has never seen anything like CMILL444. He is a 19-year-old rapper and vocalist who expertly crosses genres from R&B, rock, to hip-hop. What’s even more interesting is that the up-and-coming rapper is adept at all of them.

CMILL444 has a different sound of music that captivates audiences from different walks of life. The rising music artist started making music when he was 14 years old and officially took it seriously when he turned 16. Born and raised in Michigan, which is mainly known for its hard Detroit exterior, CMILL444 decided that he would stay in his own lane and carve his own path without riding the coattails of other artists.

Straight out of Michigan, CMILL444 moved to California and collaborated with Lil CandyPaint on some projects. This was when he got the chance to learn about the business of music rather than just the technical side of it. He was then discovered on Instagram by Thomasmbeats, who is currently his manager. Thomasmbeats has become a major driving force in CMILL444’s success, guiding him as a musician and helping him network with other artists.

Recently, the esteemed rising musician released his first-ever album entitled High Off Life. The album has 17 songs in total and is a very abstract project that combines a variety of genres for all listeners. The album will definitely surprise listeners time after time, as it’s a culmination of CMILL444’s genre-bending mastery. High Off Life is now available on major streaming platforms and is set to expose a worldwide audience to CMILL444’s music.

Along with the album release, CMILL444 also released a preview of the album that previews multiple songs and visuals from High Off Life. Both the album preview and the album can be found on his YouTube channel as well as his very own website.

What makes the budding artist so unique is that he promotes happiness and positivity through his music. Each song spreads a positive message that will make his audiences think. All 17 songs on the “High Off Life” album are freestyles, and he didn’t write a single lyric down, making the whole album a true experience all on its own. He recently released a new single entitled “Bullet For My Valentine,” which is also streaming on all major platforms.

CMILL444 plucks much of his inspiration from artists such as Juice WRLD, Rae Sremmurd, Green Day, Good Charlotte, Paramore, and Lil Wayne. He doesn’t classify himself as a rapper; rather, he identifies as an artist and that much is true. With his love for multiple genres, he has expertly woven a unique sound that has the music industry buzzing and audiences worldwide falling in love.

To know more about the talented artist CMILL444, make sure to check out his official website.