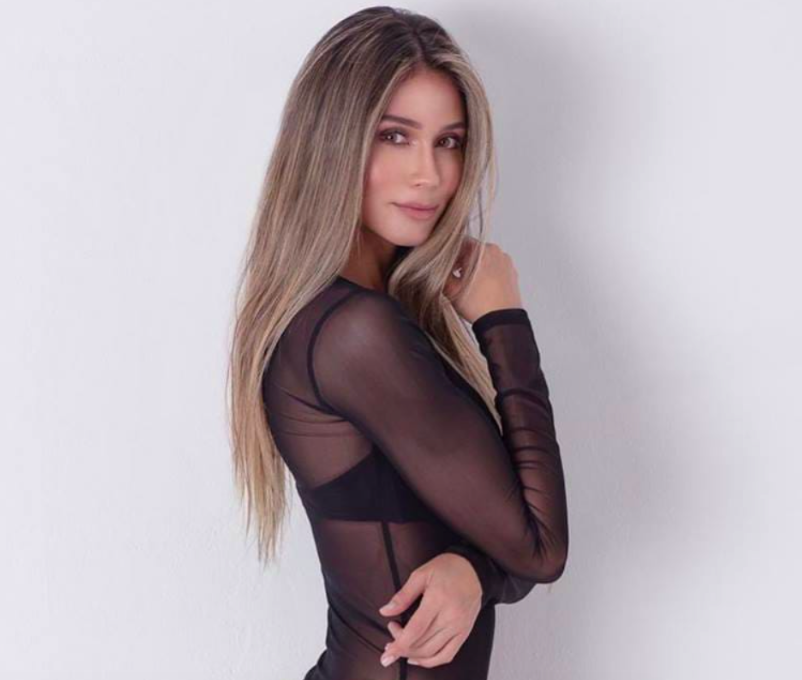 While many people believe that entry into the modeling field is merely based on looks, in reality, it isn’t the case. In order to succeed in any professional field, the main mantra is hard work, dedication, and commitment to the field. On the other hand, many models, when step into the modeling industry, believe that their outward beauty is enough to make them reach the height of success. Consequently, they are left behind since they don’t focus on what is really needed; a dedicated work ethic.

One of the most common beliefs saying models’ physical appearance has a connection with their success is that the current successful models are challenging. Addressing this stereotypical mindset is Lina Cardona, a phenomenal commercial and fashion model from Colombia.

Born in Medellin, Colombia, Lina is of the belief that “beauty is not the only virtue needed to succeed.” Through her immense devotion and undivided attention to the entertainment industry, Lina has paved her way to success by giving her heart and soul to her professional field.

Climbing the Stairs of Success

Keeping this in mind, Lina’s entrance into the industry can easily be described as “groundbreaking.” She took part in “Señorita Bogota,” a national beauty contest, that managed to turn her life around. Looks were important to get into the competition, yes, but it was her confidence and tireless efforts that helped her reach the very end of the competition journey. With her winning the title of runners up in the first beauty contest she ever took part in, Lina realized her hidden passion for the modeling world.

Followed by her participation in this beauty contest, Lina then decided to take a leap of faith in herself and try her luck in the “Colombia’s Next Top Model,” an internationally acclaimed competition. Taking advantage of her strong communication skills and belief in herself, Lina secured the second position in the contest, an opportunity that made her known far and wide in the country.

One of the essential aspects of success for every rising artist is having a loyal fan base. After she participated in Colombia’s Next Top Model, Lina was privileged to be “Chica Aguila,” representing the famous Colombian beer brand and visiting different parts of the country during important events and celebrations. This enabled her to communicate with people, share a bond, and create a fan base that still to this date is highly appreciative of the work Lina produces.

The journey of Lina Cardona from a commercial manager to a renowned model and, lately, movie actor hasn’t been easy. Contrary to popular belief, artists have to put in a lot of hard work, discipline, blood, and sweat in their profession, which most people aren’t capable of doing. Waking up at 4 am every day for swimming, regular workout sessions, following a strict diet plan, and being conscious of her lifestyle choices are just a few of the daily challenges that Lina has to go through, making her who she is today.

A Remarkable Entrance in The Acting World

During her early modeling career, Lina spent time with several actors, due to which she developed an interest in the acting field. Taking her passion forward, Lina studying theater and taking workshops from Ruben DiPietro and Victoria Hernandez while performing in different theatrical shows. After polishing her initial acting skills, Lina made her entry in the TV industry with her debut in the series “Bloque de Busqueda” as Maritza, a platform that helped her showcase her talented self in the acting industry.

Following Lina’s notable performance in her debut, she then signed a couple of more shows, exhibiting her passion. “La Reina del Flow” and “Operacion Pacifico” are some of the talented Colombian actors’ masterpieces.

Other than the successful TV shows, Lina eventually found her way into the big screen. As a result, she appeared in several short movies, such as “Male” in 2016, which increased her exposure. Walking up the stairs of success, she then appeared in other cinematic productions such as “Ugly but Tasty,” “Macho,” “El show de Cejas Pobladas,” and many others.

Keeping her modeling and acting careers side by side, Lina has worked for numerous esteemed brands such as Renault, Maxilash, Telmex, H7, Danny, Guajira, Fajas Yara, Miss Laury, Love Me Jeans,  Discovery, Croydon, You Chic Mura, Sublime Summer, Ego, 4-72, and, last but not least, Aguila Beer. Her modeling skills are one of its kind, making her one of the lead commercial models in Colombia today. Building onto her modeling portfolio, Lina has further signed to work for some national pop stars such as Francy and Jonathan Moly.

Now appearing on the cover and editorials of several national magazines such as TV y Novelas, Soho, Mas Q Ver, Q’, Viernes, El Espectador, Gente Rosa, and Boga, Lina has now become unstoppable. She has recently moved to the U.S., intending to increase her horizons and find new opportunities that could enable her to grow in the real sense. As of today, she has secured several significant advertising jobs in the country, including a prestigious advertising campaign for “Patrimoni D’Italia,” a high-quality Italian pasta brand.  Observing her path that she has created for herself without any external help, Lina has portrayed her promising modeling and acting skills, all set to take over the American entertainment industry as well.

Bespoke Suits – What You Need to Know