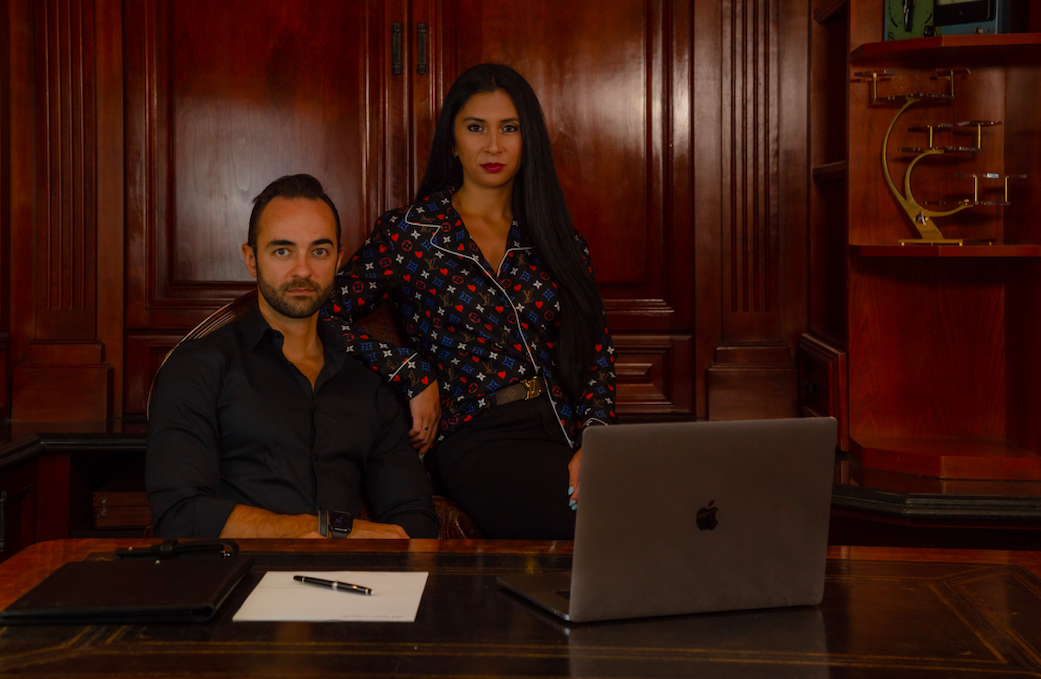 Going from a seven-figure marketing agency to a production company with a forthcoming show on ABC, Nicole Tabs and Andrea d’Agostini have had a streak of top-notch projects since their partnership first began back in 2019, when the two joined in Monarchy Media as 50% partners.

Made for Each Other

It came down to d’Agostini, who had the entrepreneurial background, ties with big brands the world over, and Tabs, who had the influencer knack, connections in the worlds of marketing and production. This proved a potent combination, as the two have managed to merge their unique backgrounds into a number of versatile ventures.

When thinking of Tabs and d’Agostini, the term “power couple” may come to mind—and sure, all the pieces are there, but Tabs prefers to think of their relationship and bond as simply being an ideal partnership. And d’Agostini is very much in agreement.

“She is a force of nature,” he said of Tabs. “A renewable, unlimited energy source.”

Tabs and d’Agostini have more than just entrepreneurship in common—they’re both deeply creative people, true artists, who bring their unique backgrounds and visions together in everything they do. Their work together is truly a marriage of artistic vision and business acumen, a coupling embodied in their various projects.

Growing Together, and as Individuals

It’s no surprise Tabs and d’Agostini make such a great team—even a cursory glance at their individual professional histories would tell you they’re a match made in heaven.

Tabs has long been interested in cultivating personal brands. She has an extensive history as an influencer on social media, and her skills in that area found a perfect home at Monarchy Media, where she excelled at helping others with their own branding.

“We started off by facilitating the relationship between brands and influencers,” said Tabs. “Then we realized we could expand out to social media, sales, training, and before we knew it, we became a full-fledged business development agency.”

It’s exactly this sort of melding of diverse fields and backgrounds into a unified enterprise that embodies the work Tabs and d’Agostini do together. In fact, it’s sort of their M.

“[d’Agostini] does the marketing and entrepreneurial side, and I work on the creative and production sides,” said Tabs of the couple’s dynamic in business. “It really works.”

d’Agostini has had an illustrious career in Television, production and marketing, from founding his own production company, running social media and digital campaigns for brands like Lacoste, Sephora, Sweet Years and Pandora from 2011-2013. When he moved to the US from Italy in 2013, he soon assumed the role of Vice President of PR & Marketing for American Power & Gas, which over the course of his tenure, grew to become one of the fastest-growing U.S. businesses.

Both Tabs and d’Agostini have an earnest interest in sharing what they know with aspiring professionals. Around 2015, d’Agostini started traveling and speaking to budding and established entrepreneurs, alike. He founded SalesJet in 2019 to fill a gap he noticed in the market industry and fulfill certain needs he thought were not being met.

With high ambitions for the project, he wanted to offer, “[A] complete platform for funnels and automation, the ability to build online courses, and provide a real execution plan to businesses in their quest for digitalization.”

And why did he want to do this? Well, as he puts it, “When I couldn’t find any product or service that could do that to my level of satisfaction, I thought, ‘Well, now is my chance to give back to other people while also making something anyone can use’.’”

Tabs is equally interested in passing on what she knows. In particular, she is fascinated by the symbiosis between all the different elements of professional life, how skills in, say, film production, coupled with connections in the influencer world, can be the building blocks of a new brand—how one thing leads to another, and even things that don’t seem connected can come together in the most fruitful ways. And that’s something she wants to express and teach to others striving to make it in business.

Tabs and d’Agostini are a perfect pair in business, life, and love, and it shows in everything they do. Be sure to keep an eye out for anything they put out—the two make a veritable dream team.

About Andrea d’Agostini and Nicole Tabs

Andrea d’Agostini and Nicole Tabs are serial entrepreneurs and renowned public speakers. They have helped thousands of people around the world scale their businesses and learn the fundamentals of marketing. Their campaigns have been featured in Forbes, Vanity Fair, Glamour, and many others. If you want to access their business acceleration program fill the questionnaire ⇒ here <== to see if you qualify. For more information on Andrea and Nicole’s businesses go to andreadagostini.com/en and Monarchy.io