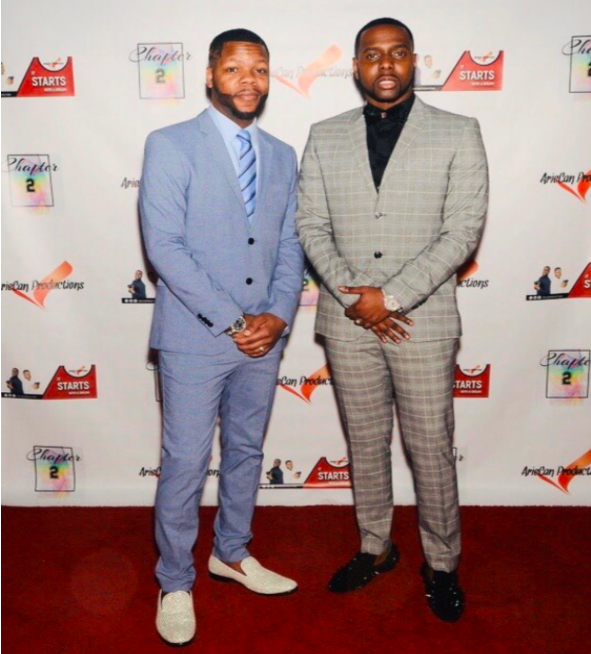 The entertainment industry, and Hollywood in particular, is highly competitive and fame-driven, leaving no room for upcoming stars to emerge. So for Larry Harris and Leonard Martin, having spent such a long time in the underground with nobody willing to give them even the slightest chance, they felt compelled to create an all-inclusive, talent-driven production company at the heart of Baltimore. Four years later, ArieCan Productions is fast staking its claim on the entertainment industry and becoming unstoppable at it.

The film industry is tough for creatives who have done nothing of note. So when ArieCan Productions was founded, it made sense that Larry and Leonard would want to take matters into their own hands by creating high-quality content which speaks directly with the audience they’re targeting.

ArieCan Productions, since its inception in 2017, has created and funded some impressive projects. Most notably, there is Chapter 2, a TV show available on YouTube and Amazon Prime Video. Additionally, as part of an ongoing effort to see new content come out timely next year includes the production of two groundbreaking shows set for February 2022: Secrets, a drama series, and Dear Diary, a comedy series.

With particular reference to the Baltimore area, Larry and Leonard are on a mission to establish an entertainment culture in their city, which will open doors for all, especially residents of this community. They noted that despite there being talent within its borders, companies have been unwilling or unable to showcase these unique individuals’ capabilities because they don’t fit into a certain mold. As far as ArieCan goes, everyone deserves a chance, and they are the company that makes sure everyone gets their shot.

According to Larry, ArieCan Productions, in its core mandate, does not cherry-pick the personnel it works with. “ArieCan is so diverse in its storytelling our target audience is everyone. From young to old, our stories are relatable to everyone,” he explained. “We are focused on creating great and meaningful content that we haven’t had the time to focus on anything else but success.”

This is the world that ArieCan creates. It has no boundaries; it does not distinguish between cultures or ethnicities. “Every person can be themselves here with us,” Larry concludes.

Larry and Leonard are committed to building ArieCan Productions to a point where it is regarded as a premiere production powerhouse. In addition, they contribute their expertise and diversity to a rich film, television and entertainment industry like Hollywood. “We also see ourselves having multiple #1 shows and winning awards.”

Learn more about ArieCan Productions and for details of their television and film content, visit the company’s website.