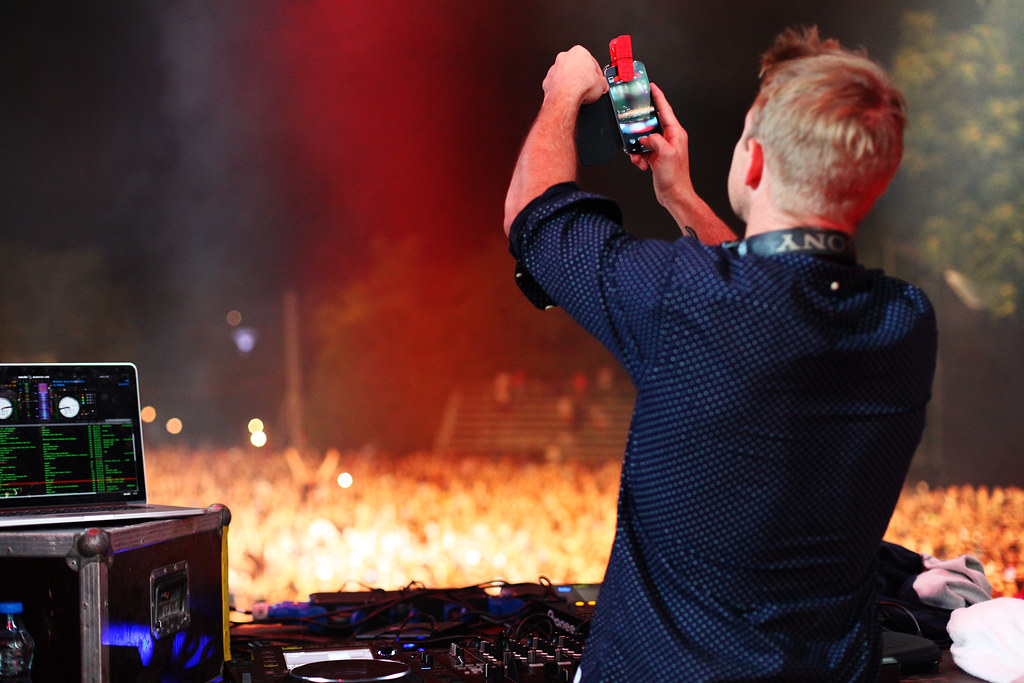 The Baltimore Orioles took a firm stance in support of women by canceling the July 24th performance by American DJ and performer, Diplo. The city of Baltimore celebrated a unified commitment to women’s voices and justice, crucially important in the aftermath of the #metoo movement. However, when new information about this alleged sexual assault revealed Diplo’s innocence, the Orioles and the Baltimore Sun that ran with the article made no move to rectify the situation.

It was only days later that the woman dropped the lawsuit. She explains that she regrets ever having filed it. According to Diplo’s attorneys, they had “irrefutable evidence,” which was presented to her legal team. It was then that she dropped the case. She was likely under pressure from outside sources. In fact, her story is almost the exact same as that of one of her friends who made a similar allegation of the DJ. This connection, as well as her immediate recanting, should have been enough for a retraction from the Baltimore Sun and an apology from the baseball franchise. However, instead of acknowledging this, the Orioles stayed silent, and the Sun did nothing. That silence implied the guilt of Diplo, which is the antithesis of fairness and the justice system of the US.

Inaction Has Damaged the Career of an Innocent Person

Standing on the right side of justice means there should have been at least an attempt to set the record straight by the Orioles and the Sun in light of these later discoveries. While the Orioles may not be able to “un-cancel” his canceled performance, they could have been a proactive part of protecting Diplo’s future earnings and ensuring his reputation wasn’t mired by a false allegation. An apology and a contract for another engagement is the simplest way to help heal what was a “too-quick” response from the franchise. However, as of yet, no such response has been forthcoming.

Diplo, not only a DJ but a songwriter and record producer has been in this business a long time. He is considered one of the most prolific names in music and has earned the nickname as “master of the electronic dance scene.”  His rise to popularity has been meteoric and the excitement surrounding his appearance at the game was discussed rabidly online. Fans were really looking forward to seeing him perform.

Instead, baseless accusations have put a hold on Diplo’s career and the Baltimore Orioles are parietally responsible for the damage done to his career. Diplo has worked hard to come up in the music industry and it is shame to see that be destroyed due to some outrageous allegations that were immediately dropped.

Commitment to Women Means Responsibility to All

Being committed to women’s voices means taking responsibility for how our choices affect all women, and false allegations like the ones levied against Diplo make it harder for actual victims to seek the justice they deserve. Many women don’t speak up because they are afraid of being labeled as liars. The Baltimore Sun and the Baltimore Orioles are actively oppressing real victims by not covering both sides of the story, and the Orioles should have issued an apology. Instead, by continuing to be silent on the false abuse narrative, they are perpetuating further harm to abuse victims, while avoiding any accountability for affecting someone’s livelihood.

The Fear of Backlash

What seems to be at play here for both organizations is a fear of the backlash from those who may jump to conclusions about Diplo. While “cancel culture” is an infamous buzz phrase that has ramifications for all sides of the political spectrum, it is likely a component. Concern over being canceled or simply overrun by social media is likely some cause for their inability to speak up and repair the damage done from their original stance.

Being part of the solution to stop violence against women is something we should all be proud to be part of. The collateral damage of someone’s reputation while simultaneously making it more difficult for women to get justice is not. By ignoring Diplo’s obvious innocence in this situation, these organizations are not helping women but are making it more difficult for true victims to come forward.

The Baltimore Sun’s and the Baltimore Orioles’ silence on the false abuse narrative perpetuates further harm to abuse victims while avoiding having any accountability for affecting someone’s livelihood. At this point, the Sun is even lagging behind the gossip ezine, TMZ, for acknowledging Diplo’s innocence and the complainant’s regret. The Sun’s stridency and strongly worded response that initially criticized the Orioles for choosing Diplo is still up and can be read online – further insult to injury for someone innocent.

For his part, Diplo has remained diplomatic and mostly quiet about the encounter, allowing his attorney to speak for him about the allegations and media response. His handling of the situation is even more reason for the Baltimore Sun and the Baltimore Orioles to do the right thing and offer an apology for their role.

Samantha Messias: Connection With The Subject Is Vital To My Art