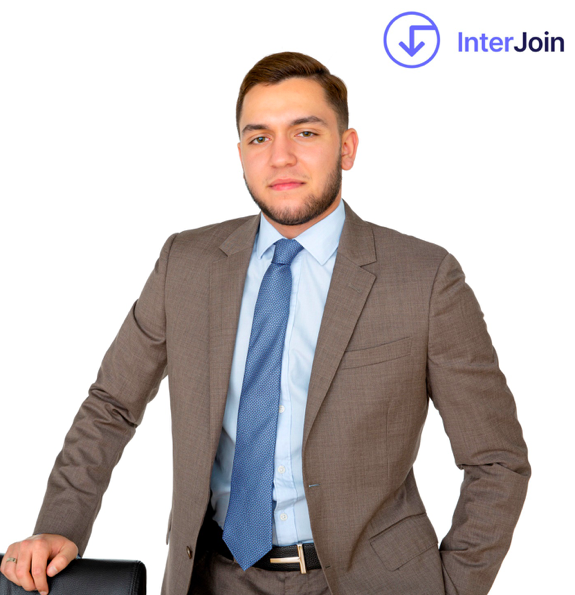 The world of business is competitive. From the first stages of startup initiation, to turning attention to success and then maintaining it to ensure longevity, requires a special set of skills and hard work. It constantly demands constant attention, creativity and resilience. Even then, success is not guaranteed.

There isn’t one, but several reasons as to why businesses fail. Sometimes, there is a lack of experienced personnel on board; at times, a lack of clientele. Sometimes companies miss out on targets, while sometimes failure is the result of poor management decisions. But the most prevalent reason as to why many businesses are unable to reach their operating pinnacle is due to the lack of funding and disposable resources. Several start-ups have been forcefully shut down due to this very reason. Most won’t even make it past the first year.

Thanks to Omar Khaled El Dokani, the problem at hand is being addressed. El Dokani and his team have built InterJoin Limited. InterJoin is a networking platform, but not any ordinary networking platform. It is the first company to conjoin networking, freelance hiring, and project completion. They have implemented their trademark ‘Service Exchange’ concept, allowing users to trade what they are good at, in return for what they need, without the exchange of any funds. Aside from that, freelance single directional hiring along with day to day networking tools are at the users’ disposal.

A VISION TO GROW AND PROSPER

“InterJoin aims to help business owners eliminate some employment costs they have to incur. Instead, using our service exchange feature, individuals can opt to trade their skills in return for their needed service.”

The founder, Omar Khaled El Dokani, sits as Chairman of the board and CEO of InterJoin Limited. El Dokani has set admirable targets for the company. His perseverance despite his young age has proved largely beneficial for himself, the company and soon, the general public. The company strives to provide growth opportunities to all its users.

El Dokani founded the company in his late days as high school alumni. The boy, only 18, has an avid understanding of the business world; how it works, and what aspects need to be looked into.

The CEO spent a great deal of time understanding the challenges that came along with starting and running a company. He spent large portions of time away at internships at some of the biggest multi-national companies in the world. This paved the way to first hand access into the intricacies of day to day business operations and more importantly, how to deal with them.

Upon identification of a market gap, he made up his mind to address this issue and provide equal growth opportunities to all- fresh, entrepreneurial and growth oriented individuals and business owners.

El Dokani incessantly began working, crafting a very diverse and agile business model, which proved to be key in regards to investor attention.

A DIFFERENT WAY OF NETWORKING

Mr. El Dokani founded the company with the idea to offer equal growth chances for all. He believes that the company will provide opportunities to all types of businesses, individuals, and entrepreneurs to capitalize on the mutually beneficial concept. Aside from becoming the only tool on the market grouping all work related tasks, users will truly be able to tangibly benefit from a platform accommodating for all.

The company will also mitigate less reliance on ones’ financial resources, especially in the early stages. This will help the individuals, along with their companies, to grow exponentially and perhaps gain a lifeline to their undervalued concepts.

Moreover, the company would also serve as a platform that would offer all types of transactions. The system has been specifically designed to contribute to the grouping of all work-related tasks in the hope of eliminating the switching between platforms to cater to all professional user needs.

Andris Akmentins, George Dumitru and Piotr Kuczynski join El Dokani on the venture and played a critical role in the early found success of the company. After asking Mr. El Dokani for a statement in regards to his team, he states:

“Without the founding team none of this is possible. They are absolutely essential to the future of the company.”

InterJoin Limited is valued at an estimated 4 million USD, after securing a significant Serie-A investment.

Omar Khaled El Dokani was born on January 16, 2002. At 18 years of age, he has become one of the youngest entrepreneurs and the youngest self-made CEO, ever. Recently acquiring millionaire status, El Dokani prizes a net worth estimated around 3 million USD.

El Dokani attended Millfield School in the United Kingdom prior to his venture. He speaks 4 languages, has resided in numerous countries up to this stage.

Matthew C. Nickerson is proving to be just as unstoppable as his nutraceutical brand VASO6