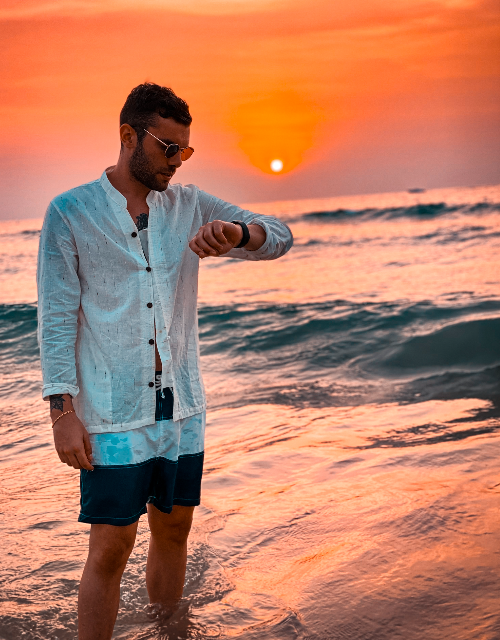 Internet marketer Francesco Riviera, 25, (@francescoriviera_) is motivated by the likes of Steve Jobs, Dan Kennedy and other great marketers. Their willingness to dream big combined with a relentless work ethic inspired Riviera to “aim for infinity” and continue to strive for improvement regardless of the accolades he has already achieved.

Although Riviera has achieved great success, he doesn’t rest on his laurels — he tries to improve every single day. One of Riviera’s philosophies is taken from the book Atomic Habits by James Clear. The book states that it’s important to care about daily habits, rather than the success, or lack of success one might be having in life. Riviera believes that if an entrepreneur can double down on the right processes in their business and implement them consistently, they can grow their business more than they ever thought possible.

Riviera is an advocate of careful planning. He feels that developing a solid plan is just as important as working hard. For each one of Riviera’s goals, he has a step by step plan that will lead him to success. Once Riviera has the plan in place, he says that he simply follows each step one by one, while problem solving along the way.

Riviera says that problems are always going to arise in a new business, especially a startup, and especially as a beginner. However, Riviera feels that entrepreneurs should not take problems personally. Instead, Riviera believes that entrepreneurs should see each problem as a level in a video game. When looking at problems like a game, Riviera says that it is easier to focus on finding the solution. This mindset has served Riviera well, as it allows him to take his ego out of the picture when trying to diagnose the issues in his business.

While Riviera says that it’s good to have inspiration, he believes it’s important to have good coaching as well. Riviera has learned from coaches such as Dan Kennedy, Tony Robbins and Grant Cardone. When he first started out in business, Riviera relied too much on his personal knowledge to try and make the business work. He wishes he took more time to learn from other experts in his field before trying to figure everything out himself. Riviera thought of himself as a know-it-all when first starting out but has learned the value of learning from other entrepreneurs with more experience.

Riviera plans to coach new entrepreneurs with their journey. He has extensive experience when it comes to dropshipping and is going to help beginners learn how to perfect the business model. Riviera says that dropshipping is a great business model to teach to someone who is looking to make money online. He feels that it’s a great way for beginners to learn how to run paid traffic, as well as gain an understanding in areas like copywriting and UI/UX development.

Riviera is launching a course called Drop Evolution, which is a comprehensive dropshipping course that will show beginners the step by step process for creating an online brand and marketing it successfully. He’s happy to be able to help people worldwide.

Talk with Salem Nasser Al-Shangal on finding a business opportunity in pandemic.